For those looking to maximize our points, one of the biggest questions leading up to Marriott’s new program is how existing Travel Packages will be handled. I won’t rehash everything I’ve already written, so I recommend checking out these posts first, if you haven’t read them yet:

Marriott’s new loyalty program launches August 18, so we have just over two weeks remaining to book these Travel Packages before they get devalued. I promised I’d share an update about my plan, so that’s what this post is about (sort of).

What Marriott & Starwood have officially said

Whenever a question has officially been asked of Marriott regarding the conversion of Travel Packages, the consistent answer has been that they don’t have any information to share, and that “members should make every effort to book and attach these certificates prior to our programs becoming one to maximize their usage.”

My theory is that they’re saying this to prevent any potential disappointment and confusion. Personally I believe they’ll be generous with the way in which they convert these certificates, and that they’re intentionally limiting this information so that there’s not a huge influx of people booking these last minute.

On top of that, the official Marriott & Starwood representatives on FlyerTalk have been given conflicting info as far as these certificates go (at least based on my read of things). On one hand they’ve said:

On the other hand they’ve said:

Personally I think the latter is what’s going to happen here, that certificates will be converted from category-based to points-based, rather than them just depositing a certain number of points in an account.

My goal with Travel Packages is twofold:

I should mention that I have a lot of Starpoints, so I could hedge my bets and book several of these. But I’m still not sure what the best strategy here is.

Strategy 2: aiming for one of Marriott’s better hotels

Maybe I’m just getting greedy, but ideally I’d like to redeem for 120,000 airline miles plus a seven night stay at a hotel I really want to stay at. Specifically, I’m talking about a hotel that’s in Category 7 under the new chart, which for the remainder of 2018 will cost just 60,000 Marriott points per night, with the opportunity to get a fifth night free.

Here’s how much each of these certificate costs, when you subtract the 288,000 Marriott points that I value the 120,000 Alaska miles at:

On one end of the spectrum, I could redeem for a Tier 4-5 Ritz-Carlton certificate, and I’d feel very confident I could redeem that at any Marriott property going forward. Paying 36,000 points per night (the equivalent of 12,000 Starpoints) for free nights at the St. Regis Aspen, St. Regis Deer Valley, etc., is a good deal.

At the same time, I could otherwise book a five night stay at these hotels for just 16,000 Starpoints per night, and I’m not sure I’d want to stay seven nights (rather than five nights) anyway. So it’s a good deal, but not an amazing deal, given the general opportunities with the new program.

But then I ask myself, wouldn’t a Tier 1-3 certificate also very likely get me a stay at a Category 7 hotel in the new program? I’d much rather redeem 18,857 points per night rather than 36,000.

The more I think about it, the more I assume that a Category 9 certificate would surely work at all hotels as well. Surely Marriott won’t drop certificates by more than two categories with the new program being introduced, right? 14,571 Marriott points per night for top hotels would be crazy good.

I don’t even think that’s being too greedy, because I think a Category 7 or Category 8 certificate might be right on the cusp of what’s honored, and that would be an even better deal.

I feel like I’m overanalyzing all of this to the point that I’m getting cranky. Maybe I’m just doing a poor job of reading the tea leaves. Clearly there has to be a reason they’re refusing to communicate about this, and I feel like that reason must be that they’re planning on being generous, and this is just such a ridiculously good deal. They’ve explained how everything else will convert, so there must be a reason they’re not doing so here.

If they weren’t planning on being generous they’d be telling us now, to avoid backlash and disappointment.

So I think deciding on the best Travel Package comes down to how much of a risk you want to take:

Like I said, I have a lot of Starpoints, so I’m leaning towards hedging my bets and booking one Category 1-5 package, and then maybe a couple of Category 9 packages. I feel like a Category 9 package is a happy middle ground. I can’t imagine they wouldn’t honor this at Category 7 hotels under the new program. It’s possible, but seems highly unlikely.

I imagine there’s also a chance a Category 8 certificate would be honored at Category 7 hotels, but I’m willing to pay a bit extra for added security there.

But I don’t know, I’m truly still going back and forth on this. Even though I imagine hold times will get worse and worse with Marriott as the integration date approaches, I plan on holding off another week or two before making a final decision.

Where do you guys stand on Travel Packages?

How long do we expect the miles to show up in Alaska Air, if the package is transferred to Alaska Air? Is the package still available after 4 Aug? (Many reports say till 17th Aug, but some others cited it is valid only before 4th Aug.)

can one still book the Marriott travel package? I can't seem to get anyone at Marriott to be able to help me booking one and they all seem to play dumb as they don't know about the travel package. 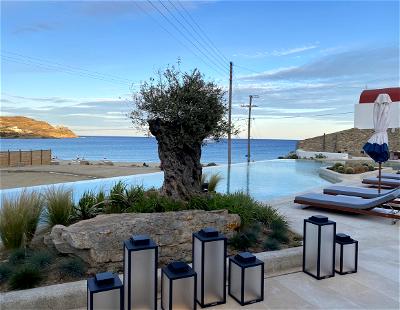 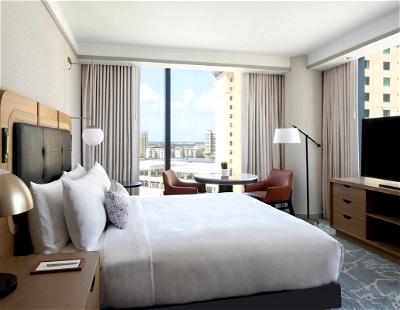 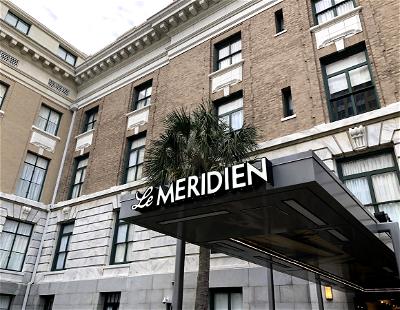