Marriott Bonvoy has been a bit of a hot mess. This is the name of Marriott’s rebranded loyalty program, which continues to have huge issues. Nonetheless the company is spending millions of dollars marketing the “Bonvoy” name, which is fair enough, given that it’s a made up word.

It’s pretty normal for travel companies to offer “influencer trips.” It’s basically paid positive coverage, and is about the least unbiased coverage you could get, short of an outright ad. This is very, very common, and just about all travel companies engage in this.

I don’t do these anymore (I think my last trip of this sort was about a decade ago, when I was 18… I thought it was cool at the time), and frankly I’m always surprised just how many self-proclaimed “journalists” do.

I don’t do these for a variety of reasons:

I’m surprised that major national publications allow people to go on these kinds of trips and write stories about them. But this is just how things work, and no one seems to take issue with it.

Well, it looks like Marriott Bonvoy is planning their first major “influencer” trip to highlight the program. Several people who were invited have forwarded me the email, and it sure is… interesting.

I’m sharing this not because I’m surprised Marriott is doing a trip like this (like I said, it’s normal), but rather because I figure a lot of you would be curious about the details.

It will be taking place in early April. While I don’t want to share the exact dates everything is happening (I think that crosses the line), I’m a bit amused by the premise:

As a guest of Marriott during the 5-day trip, you’ll travel like a Marriott Bonvoy Titanium Elite member, with VIP concerts and sporting events, dine at Michelin starred restaurants, and explore the city with Marriott Activities. Our rough itinerary is included below.

Let me know if this is something you’d be interested in covering – we would need confirmation from an editor at a top-tier national outlet for two articles describing your experience (can be within travel, sports, culinary or entertainment focuses). Hotel, food, and experience costs will be covered. Media spots are extremely limited, so we will be reserving spots on a first come first serve basis. Happy to work with you on any story angles you want to explore.

For what it’s worth, the influencers will be staying at the Hong Kong Ocean Park Marriott Hotel, and activities include a spa experience at the hotel, lunch at Michelin starred Tin Lung Heen at the Ritz-Carlton, a local food blogger tour, a harbor cruise, VIP Gwen Stefani concert tickets, and VIP Hong Kong Seven rugby game tickets, along with a meet & greet with the US rugby team.

So yeah, I’m not sure where to even start with this.

But mainly I just love how they suggest that they’ll be traveling as Titanium Elites, suggesting that has anything to do with them getting VIP concert and sporting event tickets, dining at Michelin starred restaurants, etc. Are there some hidden Titanium Elite benefits I missed?

I figured if they were traveling as Titanium Elites they should really:

Though it’s also possible that I’m maybe just not keeping up with unpublished Marriott Bonvoy elite benefits. An “influencer” recently changed his story after the fact (and after deleting all the comments questioning him) to claim that an awards show invite was in fact due to being an Ambassador Elite member, and not from personal connections.

Anyway, for those of you who wonder what these “influencer” trips are like, now you have a sense. I look forward to reading all of the coverage that will come out of this…

If nothing else I’m sure we can look forward to Instagram pictures of people posing with ridiculously big breakfasts while sitting in their hotel bed, with a cup of coffee up to their mouth…

Ben, Just found your site, and have never commented previously. Thank you for telling the truth about Marriott. I'm a Marriott Titanium Elite Lifetime and have never been treated two such extravagance as that described and their communication with the alleged influencers. In fact, since Marriott bought out Starwood, my perception, is that they treat everyone horribly. Marriott service has become so terrible, that I've now started staying at Hyatt Hotels. I have Hyatt status and I'm well on my way to getting Lifetime with Hyatt. Three years ago I would have told you this was impossible, because I was a good customer with Marriott. No longer. Every Marriott experience that I've had over the past three years, I can say without qualification, has been miserable. I think Marriott is just too big. As many others have said, even cashing in Marriott points has become a chore. I cashed in points at one location and was treated with total disrespect. They even told me at the front desk, that since I was using points, basically I had to take the broom closet room they gave me! Also appreciate you pointing out the shortcomings of other blogs. I posted negative comments about Marriott on one site and the blog writer deleted them almost immediately. They were up less than an hour... while I understand their livelihood may depend on supporting Marriott, they need to be fair and state this upfront (this was not TPG but a less well known blogger). It would be easy for Marriott to remedy their shortcomings if they just kept their promises about what they say the different tiers represent. Unfortunately not even Marriott employees seem to be conversant with what they're supposed to do. Arne Sorenson and his executive crew seem to be out of touch but you're one of the few to cover this issue... thanks again!

Maybe they should ask some real Titanium Elite or even Ambassador Elite people - like me for example!

@Ben, than you for your response. Also, I really do appreciate how you respond to negative comments instead of deleting them like TPG 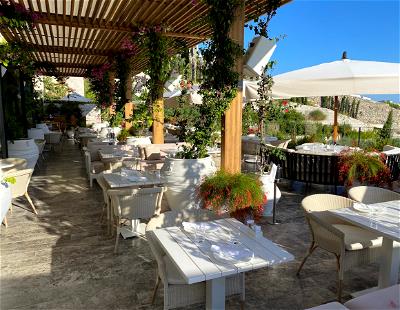 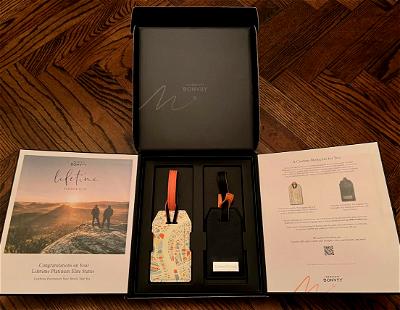 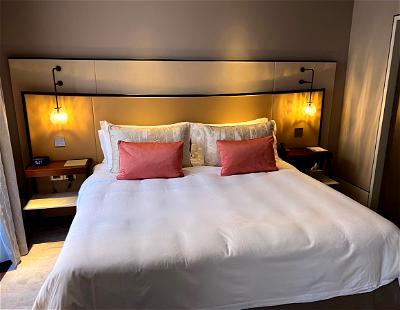