If Lufthansa has their way, they’ll soon own German leisure airline Condor… again.

A brief history of Condor

Condor is a German leisure airline founded in 1955. The airline operates a fleet of 41 planes, including A320s, 757s, and 767s. As you’d expect, they fly to vacation destinations around the world, including in Europe, Africa, and North America. 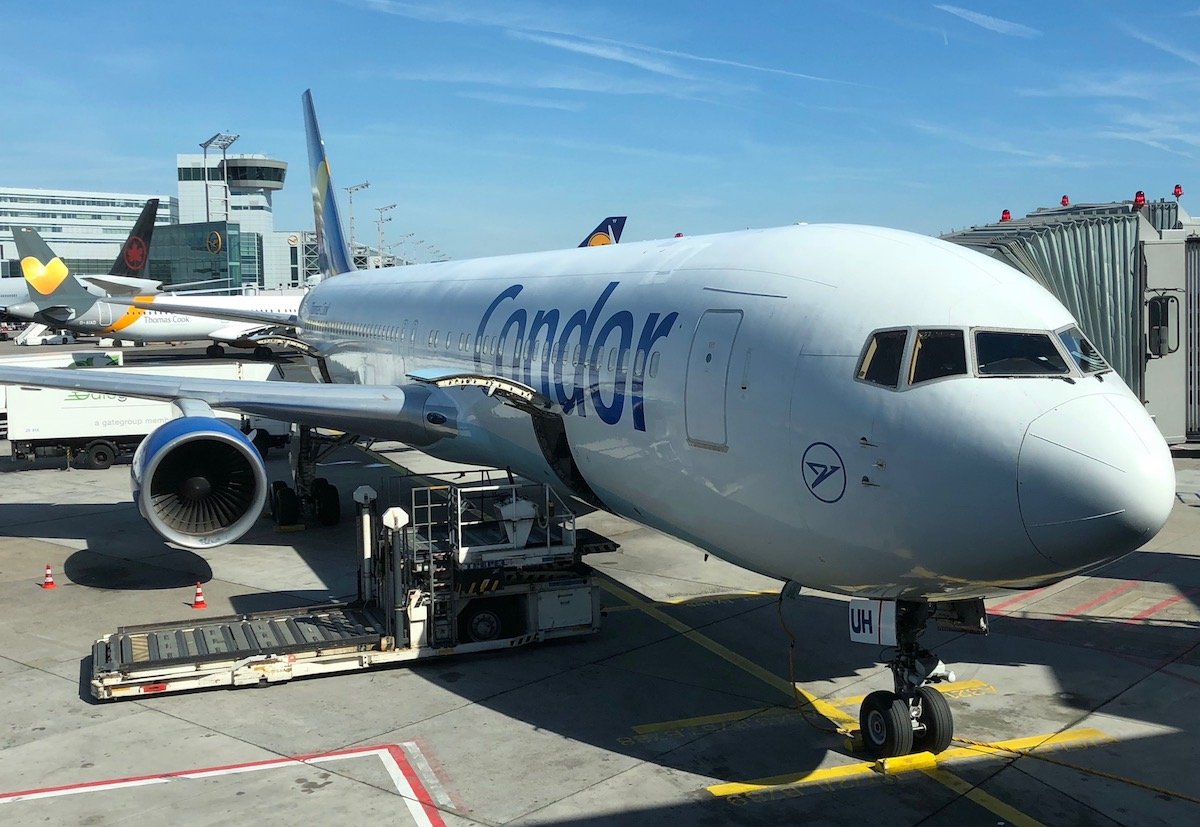 The airline has quite an interesting history. Lufthansa was a shareholder in Condor from the time they were founded in 1955. While the airline has gone through a lot of adjustments in its business model over the years, in 2000 Lufthansa started selling their shares in Condor to Thomas Cook.

Thomas Cook is a UK travel company that has airlines and hotels, though primarily they’re a travel agency.

So between 2000 and 2007, Lufthansa sold all of their shares in Condor to Thomas Cook.

While at this point Lufthansa has no ownership stake in Condor, the two airlines continue to partner together. The two airlines interline, Condor uses Miles & More as their frequent flyer program, and premium Condor passengers get access to Lufthansa lounges.

Personally I also have quite a bit of history with Condor. Growing up we’d fly them every year from Tampa to Frankfurt, as they were the only airline to fly nonstop. This was back in the days when they had a smoking section on planes, and that’s really what got me into miles & points. I figured there had to be a better way to get to Germany than in the smoking section of a Condor 767. 😉 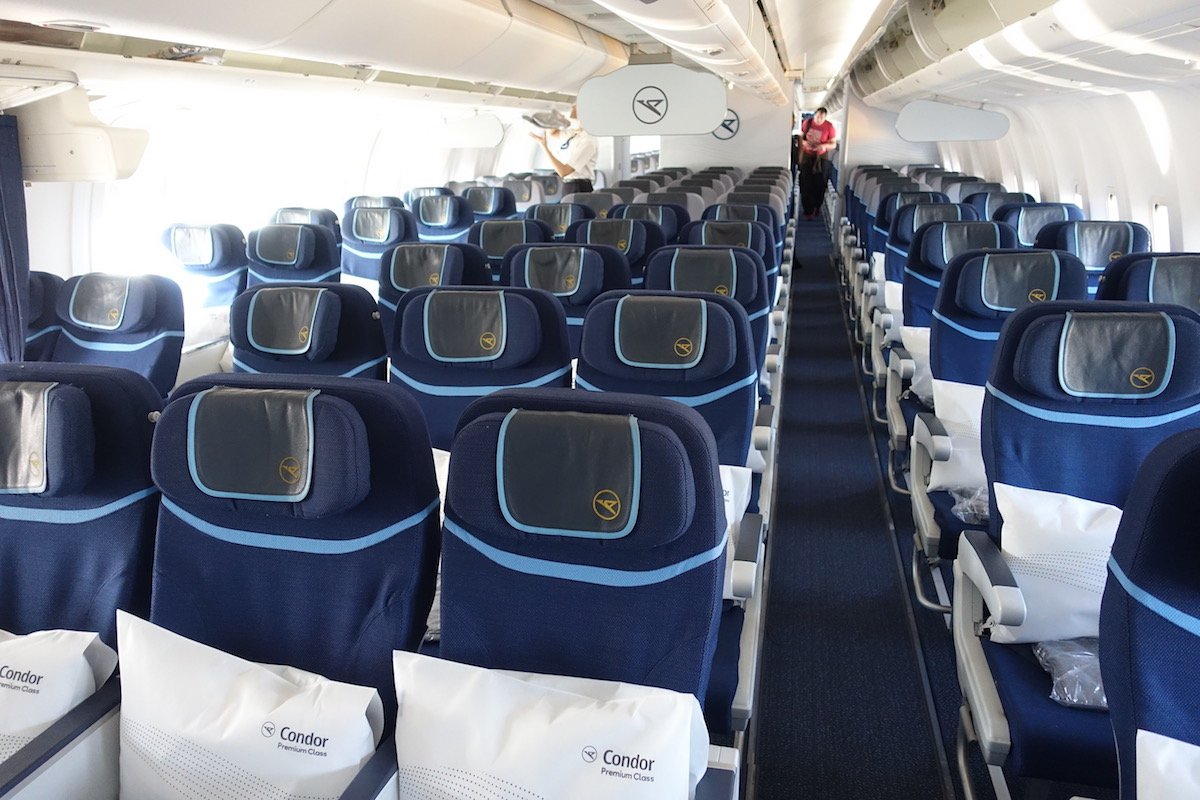 Thomas Cook has been looking to sell Condor

As the Thomas Cook CEO described it:

“We recognize that we need greater financial flexibility and resources to accelerate the execution of our strategy of differentiation: to invest in strengthening our own-brand hotel portfolio, further digitizing our sales channels and driving greater efficiencies across the business.”

Today was the deadline for potential investors to express interest in Condor, and Lufthansa CEO Carsten Spohr has said that the company intends to make a bid for Condor:

“We decided yesterday in the meeting of the management board to bid for all of Condor with the option to be able to extend this (bid) to all Thomas Cook airlines.”

Spohr recognizes there will be further consolidation in the airline industry in Europe, and has stated repeatedly that he expects Lufthansa Group to be a part of that.

What could Lufthansa do with Condor?

Condor is an interesting airline. On the one hand, they have routes that do quite well, and ones that complement Lufthansa’s route network pretty well. On the other hand, the airline has an outdated fleet.

Their long haul fleet consists exclusively of 767s that average over 23 years old, and soon enough these planes will need to be replaced (and this is something that Condor doesn’t have a plan for as of now). 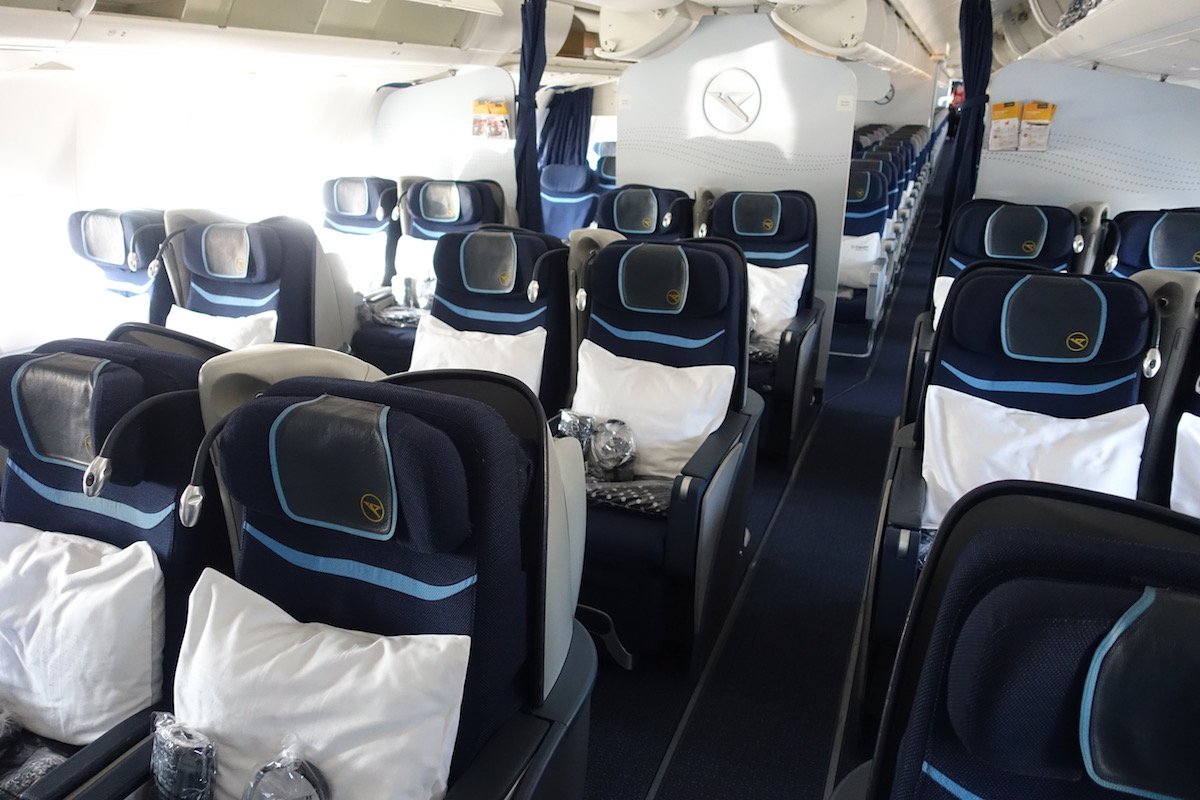 So I imagine partly Lufthansa’s motivation is to keep Condor out of the hands of another airline. While I’m not saying that IAG or Air France-KLM would necessarily be interested, Lufthansa is very protective of their German market share, as we’ve seen repeatedly as other airlines try to set up bases there.

If Lufthansa were to take over Condor, I could either see them keeping Condor independent, or folding them into their Eurowings brand, which is their low cost carrier division.

Reports suggest that both Lufthansa and Indigo Partners (which was initially interested in a WOW Air takeover) are both interested in a Condor takeover, so this will be an interesting situation to watch over the coming days.

I could definitely see Lufthansa taking over Condor, and if that happens, I’m curious if they’d maintain it as an independent brand, or fold it into Eurowings.

What do you make of Lufthansa potentially taking over Condor?

I fly Condor (usually in C) often for SJU-FRA, as they're really the only option to Europe (there's Iberia to Madrid, but enh). Onboard is fine, but the reservation, boarding, and especially call center/non-existent web changes to flexible bookings make it a pretty horrible process. Yet, I still fly them, due to crazy high Alaska EQM/RDM earning in C and usually $800 one-way fares if you buy early enough. I assume LH buying them will kill the Alaska partnership, which will be very sad. They'll likely end up like Edelweiss with no real FF program except M&M benefits.

@Milan, yes but I wouldnt say MUCs current expansions are enough to allow a new airline to open up a base. T2 is the one that has experienced the most expansion (thanks to the satellite terminal mainly) and as you said T2 is pretty much *A only (and 40% of it is actually owned by LH), so thats ruled out. Then you got T1 which yes, will be renovated, but the expansion is anything but significant. The “new” T1 will handle 12 aircraft simultaneously at most, which isnt far off the current capacity. However, in my opinion what it mainly boils down to is the lack of that third runway. MUC has been trying to get it built for more than 10 years and still no success (either government unapproval or lack of votes during the referendum.

I just looked for a cheap flight from DC to WAW. Condor came out as cheapest from BWI to FRA to WAW. I heard of the name before, but reviews of Condor airlines is brutal. The flight seems to be operated by Airtank? Anyone done this route before with Condor? Also anyone used the flex option for cancellation or rebooking?