The situation seemed to defuse pretty quickly, as the story changed from there being an active shooter to there being a miscommunication/false alarm.

What we do know is that there was a man in a Zorro costume with a plastic sword being detained by half a dozen police officers at gunpoint. On one hand I assumed that wasn’t the cause of the incident. On the other hand it would be very coincidental if this just happened to be at the same time that something else big was happening at the airport.

Well, this morning there’s a bit more clarity as to what happened last night, as Los Angeles World Airports (LAWA) has issued a statement within the past hour about last night’s incident. Here’s their explanation of what happened:

Immediately following, Airport Police began receiving reports of an active shooter in Terminal 8.  Word spread quickly through the terminals by word-of-mouth, social media, and additional calls were made to Airport Police about an active shooter in other terminals, with some reporting having heard gunshots.  Many passengers and employees evacuated onto the airfield and into the Central Terminal Area roadways.  An investigation, that included review of closed-circuit television footage, revealed that no shots were fired.  Airport Police continues to investigate what caused the incident.

Terminals 1, 4, 6, 7 and 8 were impacted by passengers evacuating or going through federal security screening checkpoints without proper screening.  Airport Police temporarily closed both Upper/Departures and Lower/Arrivals level roadways.  Passengers who passed through emergency exits onto the airfield were gathered and either bussed or directed to a safe location.  LAX Airport Operations requested a ground stop on the south runway complex shortly after 9 p.m. due to passengers, who self-evacuated from the terminals, running onto the restricted airfield.  The ground stop was lifted by 9:30 p.m.  Airport Police officers methodically cleared all impacted terminals with explosive-detection K-9 units before passengers and employees were allowed to enter the terminals to be rescreened.  The Central Terminal Area roadways were reopened at approximately 10:30 p.m.

Okay, so the guy in the Zorro costume was approached at Terminal 7, and then moments later there were reports of a shooter at the next terminal over. Something tells me this may have been a miscommunication, much like when there were reports of an Emirati man “pledging his allegiance to ISIS” in the lobby of a Fairfield Inn in Ohio.

So, just how much were operations impacted?

During the 30-minute ground stop, 27 arriving flights diverted to other airports, 12 of which diverted to Ontario International Airport.  By early Monday morning, passengers from only one diverted flight had yet to arrive at LAX.  Airlines reported that the total number of delayed arriving and departure flights is estimated at approximately 281 (120 arrivals and 161 departures).  Airlines reported two cancelled flights.

I certainly can’t blame the authorities for being extremely cautious. At the same time, even the smallest thing can have a massive impact on operations.

I do wonder about the guy in the Zorro costume with a plastic sword. Not that he violated any laws by doing so (that I know of, at least), but was he showing up at the airport like that just to be a jerk and create a scene, or…?

It’s a crazy world we live in, eh?

Who is the real terrorist? Zorro or the news media? The media has the people intentionally wound-up, which is causing people to over-react.

I say if someone's intention was to cause chaos and distraction, mission accomplished. Is no need for gunshots. ??????????

True, James. What is your point? 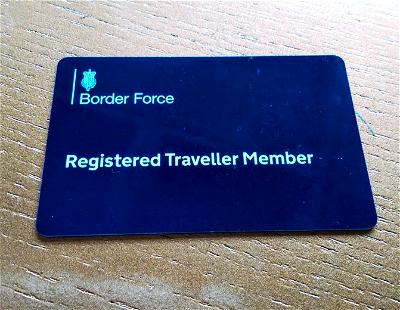 45
What Is The UK Registered Traveller Program?