LATAM is discontinuing one of my favorite intra-Europe fifth freedom flights, and is replacing it with another service.

As of June 30, 2020, LATAM will be launching 3x weekly nonstop flights between Santiago and Frankfurt. The flight, which will be the first ever scheduled nonstop flight between Chile and Germany, will be operated with the following schedule: 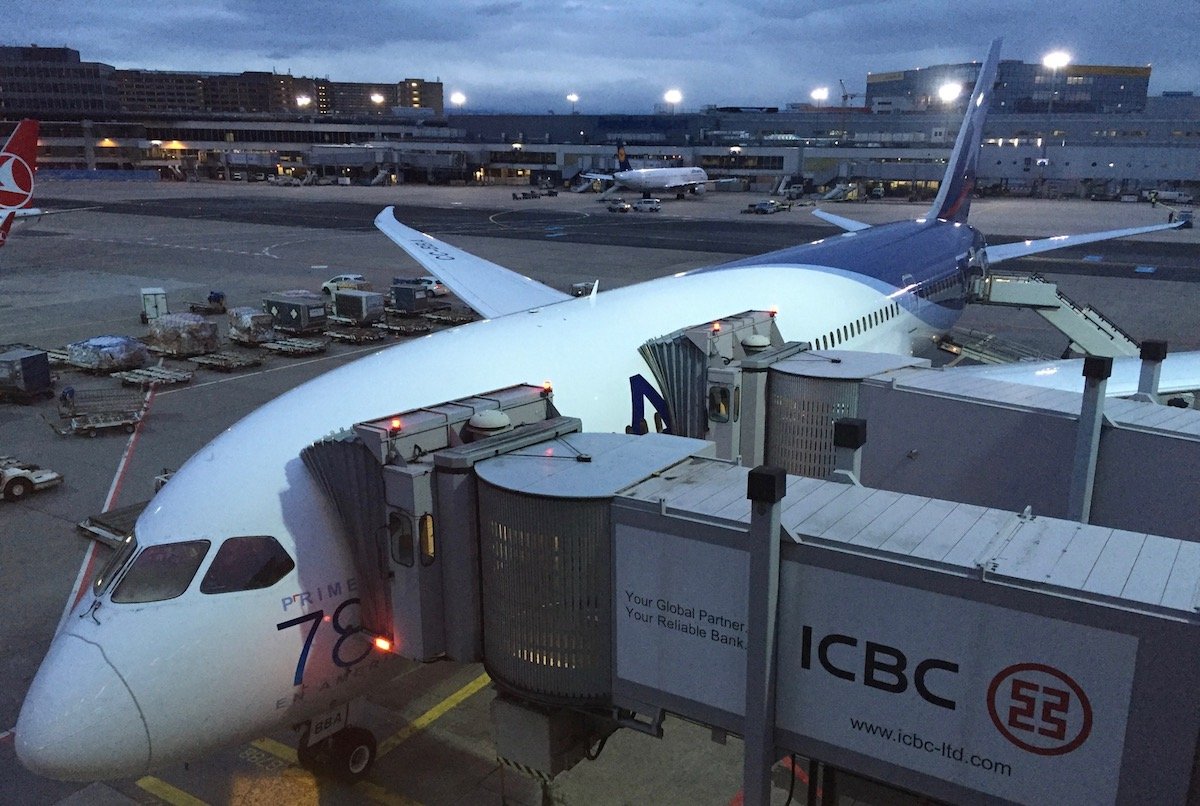 The flight will operate eastbound on Tuesdays, Thursdays, and Saturdays, and westbound on Wednesdays Fridays, and Sundays.

LATAM intends to use a Boeing 787-8 for the route, which covers a distance of 7,533 miles in each direction, and is blocked at 14hr20min eastbound and 15hr15min westbound. 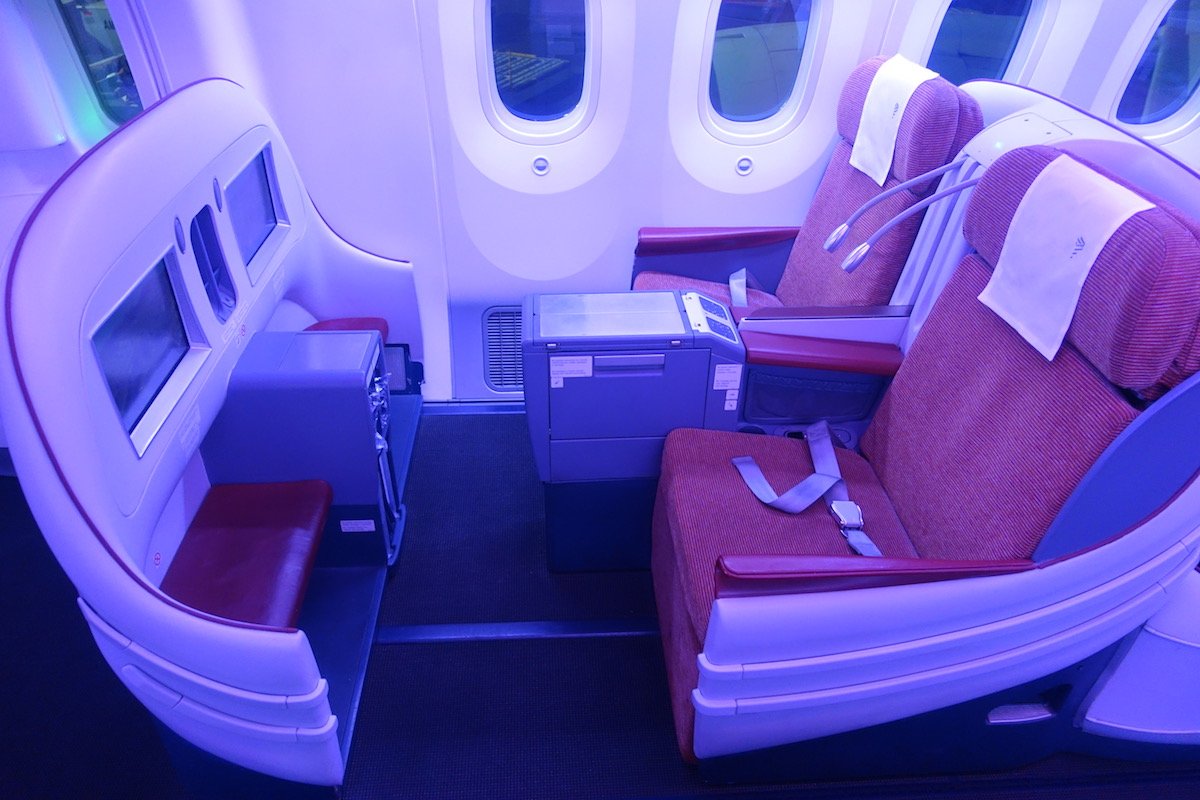 This will be LATAM’s new longest route once it launches, as it’s significantly longer than their current longest flight from Santiago to Sydney, which covers a distance of 7,060 miles.

Currently LATAM operates a 6x weekly flight between Madrid and Frankfurt using a Boeing 787-9, with the following schedule:

This is a tag flight to their Santiago to Madrid flight.

Suffice to say that this has been a delightful way to fly between Madrid and Frankfurt, given that all the other flights on the route are operated by regionally configured planes. I’ve had the pleasure of taking this flight, and even reviewed it.

Not surprisingly, LATAM will be cutting their Madrid to Frankfurt flight as of June 30, 2020, to coincide with the nonstop flight from Santiago to Frankfurt launching.

I’m sure the numbers support it, but I wouldn’t have guessed that there was sufficient demand for Santiago to Frankfurt as a nonstop flight. Or at least I wouldn’t have assumed a flight like this was a priority. Then again, LATAM and Lufthansa do have a codeshare agreement, so there is some connectivity beyond Frankfurt.

However, I will miss the Madrid to Frankfurt flight, which was one of the most comfortable ways to fly within Europe.

@Gn ..... that's NO LH flight as those connect in EZE, LH has no own flights to SCL! @Hans ..... LH did fly to SCL in the 90's, but NOT Nonstop, that was direct flights, in combo with EZE or GIG. Lucky was talking of NONSTOP flights, "sufficient demand" ;-) To that .... i think it will ge, all the cattle farm owners from South America as well as the former NAZI an GDR people who reside in Chile and surrounding countries in South America . . they will fill those 3x weekly open seats, that Business people win't fill. It will work, i guess! We'll wait and see, what DL has to come up with in the future on that airline too. Maybe CDG, AMS, FCO ... who knows? @Lucky ..... thank god for still some (few) REAL Business Class flights within Europe on TK and there A330 or sometimes 777. To me, i still don't understand how somebody could from there on will, book LH, LX, OS, BA, IB or any other lousy 5* airline within Europe if you could get TK with REAL Business Class, of course LA was more modern, but 1 flight a day only. No wonder TK is the ONLY STAR Airline that is NOT in T2 with LH, LH should be scared to death by that Airline! Rather stupid EY is at home at T2 in Munich with 2 flights a day (NOT being with STAR) !!! Just 1 example how corrupt that LH Group is? I think, LH had it ALL calculated after AB (airberlin) was wiped out and EY was available to team up with them as a Codeshare! .... did we speak of corrupt? Just mention LH Group! Recent action within the Group show the next stage of how that Airline works! 5* rating for non existing things yet, Hire & Fire like ME Carriers under German Laws :-o , influencing the states and governments all over, to get there target done. = LH Group! Avoid them wherever possible! Read into them, a book called "Die Millionen Dollar Crew, Stephan Lewerenz" it will blow your mind! https://www.amazon.de/Die-Millionen-Dollar-Crew-Enthüllungsroman-über-Fluggesellschaft/dp/3891361114?language=en_GB LH went to court, to take it off the market! Still available on amazon! You won't believe corruption still happens ..... it does! Back to the LA flight, THAT'S why that nonstop SCL-FRA might be a clever move, as those rich caddle farmers are mostly from German decent. I might even think, the frequency will go up soon! .... and with the options of connecting traffic via FRA on LH and still connect with Middle East, Asia, Africa and of course entire Europe with the LA flight times to/from FRA, that was a clever move by LA! 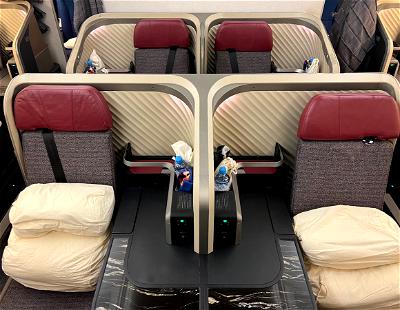