Between typical summer travel and TSA’s new regulations, airport security lines may be worse than ever. The airlines have been doing their part, sending emails with friendly reminders suggesting that fliers arrive at the airport two hours early, even for domestic flights.

Delta even sent this nifty little graphic, in case you forget to remove your whole pineapple from your carry-on:

For many of us, programs like TSA PreCheck and CLEAR can make the difference between a smooth airport experience and a last-minute 800-meter dash with a rollaboard.

But if any of us have ever sprinted through the airport after hitting some unexpected traffic, we know there are few moments worse than the sinking feeling of seeing that our expedited security lines are closed.

And, contrary to what one may think, the hours of operation don’t necessarily correlate with high-traffic hours.

So, straight from the files of “things I wish I’d know when I started traveling” here’s a quick walk-through on how to check the hours of operation – as well as a few other factors to keep in mind with the newer TSA regulations.

(Or, to put it another way, this is how you pre-check the Pre-Check hours, and clear up CLEAR’s schedule.)

As a reminder, CLEAR is a separate and privately-run program, while PreCheck is administered by the TSA. Both have a fee to join, but many credit cards will reimburse you for the cost of applying for Global Entry (which gives you PreCheck access as well):

One statement credit every 4 or 4.5 years* (every 4.5 years for the application fee for TSA PreCheck® and every 4 years for Global Entry) Authorized users also eligible

The Platinum Card® from American Express
Learn More
One statement credit every 4 or 4.5 years* (every 4.5 years for the application fee for TSA PreCheck® and every 4 years for Global Entry) Authorized users also eligible

Capital One Spark Miles for Business
Learn More
One statement credit per account, every five years

Checking the hours of operation for TSA PreCheck

Fortunately, TSA makes this process fairly easy. You can check the hours of TSA PreCheck at any airport here.

Simply type in the name of the city or airport code, select the day, and select the time range, and voila! There you have it.

Now, it’s important to keep in mind that this feature gives no indication as to whether they’ll open one lane or ten, so remember that this is a guideline, not gospel.

But having access to a schedule like the one above is can be helpful for planning. Case in point, if you’re looking for the Pre-Check lane at JFK’s Terminal 2 on a Friday night, you are going to be sorely disappointed.

Other things to keep in mind

It’s probably also important to note that there are plenty of airlines that don’t participate in the program, so if you’re flying an airline that’s new to you, make sure you double-check this list to see if they participate.

If your new airline does indeed participate in TSA PreCheck, don’t forget to add your known traveler number to the ticket.

Checking the hours of operation for CLEAR

I wish I could copy/paste a link to CLEAR’s schedule, publish this post, and then walk away. But that would be too easy.

According to two different reps that I’ve talked too, they’ve kind of gone in the direction of underpromising, and have chosen not to publish a schedule because “it changes all the time.”

As much as I’m a fan of their in-airport service, their phone support is a different experience altogether. The quickest way that I’ve found for obtaining their hours of operation at a specific airport is through their web chat, which can be found at the bottom of their website by clicking on this link:

You’ll probably be put in somewhat of a queue, which can be frustrating since the whole process feels very bot-like to begin with, but it should be fairly easy to get an answer to your question once you get logged into an actual chat. I don’t think I’ve ever been on for more than ten minutes, and it’s easy to have the window running in the background while I’m working on other things.

It’s also worth noting that you won’t get an email transcript of your chat, so make sure that you record the information that you need.

What you can check

While CLEAR doesn’t publish their hours, they do publish the terminals out of which they operate.

For example, they operate out of JFK, but only at Terminal 2 (incidentally, there are nights where they are open later than Pre-Check). And they operate at LaGuardia, but only out of terminals C and D.

Other airports, like San Francisco’s SFO and Washington’s DCA, are less Delta-monogamous. As a general rule, I would plan on longer CLEAR lines at any Delta hub city, which is more likely to be filled with Medallion members taking advantage of free or deeply discounted memberships.

As a result, Detroit, Minneapolis, Salt Lake, and Seattle are likely to be more congested than other cities.

And according to some of the Delta forums, I’m pretty sure half the city of Atlanta has CLEAR.

Other things to keep in mind

If you do show up and find that Pre-Check is closed, you may still be eligible for expedited screening, where you can keep your shoes on, although all electronics larger than a cell phone will have to come out. However, if you don’t have access to the Pre-Check line at all and you find yourself experiencing TSA-amnesia (or you just haven’t flown in a while), keep in mind the following:

You can see the latest and great list of what is and isn’t allowed here. (Spoiler alert: antlers are allowed in carry-on bags. Cast iron pans are not.)

For what it’s worth, I flew Icelandair out of Boston last week, which does not participate in TSA PreCheck. My makeup, KIND Bar, and face lotion all went unnoticed, but my cooking sauce 4-oz bottle of Sheraton-issued white wine didn’t make it. Oops.

In any event, if you know in advance that you won’t have access to the Pre-Check line, it’s probably best to leave yourself a little extra time to play Luggage Tetris.

Keep an eye out for the dreaded “SSSS”

As Ben has previously written, if you see these four letters on your boarding pass, be prepared for some bonus security time, regardless of whether you have Pre-Check or CLEAR. The four letters stand for secondary security screening selection – although we can probably all think of some other “s-words” that better fit the acronym 😉

I had my first experience with this coming home from Iceland earlier this week, along with (seemingly) half of my flight – I think there were about 30 or 40 other people in the “bonus security” area when I was there. I talked to a couple of gate agents who said that they’ve been seeing far more of these recently, and they confirmed that it has everything to do with TSA.

While one airport is still pretty anecdotal, it could be an indication of more of a trend if it’s something that has seen a recent surge.

All that to say that it doesn’t hurt to print your boarding pass in advance, so that you can check for an SSSS before arriving at the airport.

Summer travel and new TSA regulations are a one-two punch that are likely to slow things down, so you may want to plan accordingly. In summary:

Have you noticed a difference with recent TSA experiences? What do you do to avoid the crowds?

Couldn't check in online with United out of YYZ last week and thought it was strange. Got to the airport and printed my boarding pass with the SSSS.

Whenever PreCheck is closed I’ve voiced that I’m PreCheck in the regular line and I’ve never had issues with the agents complying to it. Always with a Good Morning/Afternoon, how are you doing? I noticed your PreCheck isn’t open yet, would it be possible...? Being nice to the agents goes really far. Plus I usually go for full body scan because I have metallic prosthesis in my spine so I think that makes it easier for me (less harassing)

They have been pulling the 'everyone is precheck' trick at SFO a lot lately. Very frustrating. Long lines and people still have no clue what to do after they file past the dog. 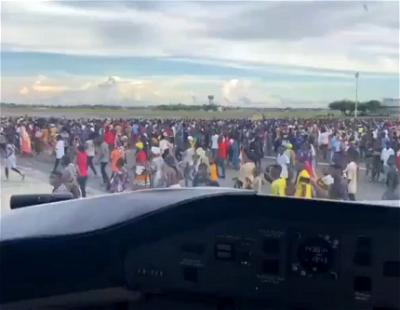 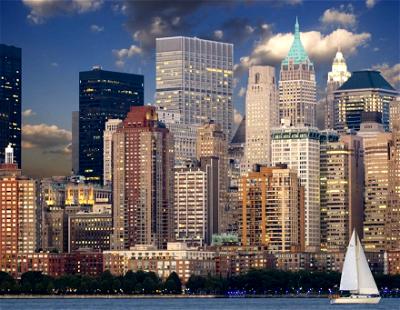