I’m currently working on my latest aspirational award redemption, and it involves travel in economy…

I really want to fly with Canadian North

In 2018, I wrote about my fascination with visiting the Canadian Arctic. I’ve flown over the region a countless number of times on long haul flights, and have always gazed out the window in amazement at how beautiful it is.

I’ve also visited Whitehorse, thanks to Condor’s unique seasonal flight from Frankfurt to Whitehorse, and had a great time.

What I hadn’t realized up until several years ago was just how accessible much of the region is, even with points. Canadian North is the largest airline in northern Canada, as the airline has a fleet of over 30 planes. The fleet is kind of avgeek heaven no less, ranging from a 42-year-old Combi (meaning it’s part cargo and part passenger) Boeing 737-200, to a 34-year-old ATR-42 turboprop.

And not only does the airline have a fleet that avgeeks will enjoy, but take a look at Canadian North’s routemap. HOW COOL IS THAT?!

Best of all, Canadian North is a partner of Air Canada Aeroplan, meaning you can redeem points for these flights. You can even book directly on aircanada.com. Aeroplan has distance based award pricing, and within the Americas you can expect to pay the following number of points for a one-way economy award:

These flights are a particularly spectacular use of points, given how expensive these flights are in cash. For example, a flight from Ottawa to Pond Inlet ordinarily costs almost $1,500, while you could book it for just 12,500 Aeroplan points, plus taxes and fees.

Any tips for visiting the Canadian Arctic?

That brings me to a question where I could use some help from OMAAT readers. I’m trying to plan a quick trip for next summer on Canadian North. Presumably I’d start in Montreal or Ottawa, and go from there. But the question is, where do I go?

Collectively OMAAT readers know everything, so I’m sure this is no exception. Say you wanted to spend a long weekend (three or four days) visiting the Canadian Arctic, and wanted a combination of cool destinations and flights that are fun for avgeeks — what kind of a routing would you plan?

Looking at the routemap, Grise Fiord was of course the first destination I thought of, since it’s the furthest north. However, looking at the flight schedule, it appears the destination is only served via a Canadian North codeshare agreement with Kenn Borek Air, so that wouldn’t be eligible for points redemptions through Aeroplan.

And these fares aren’t cheap either. For example, a one-way ticket from Grise Fiord to Resolute Bay (a 239-mile journey) costs ~$875.

Iqaluit seems like an obvious stop, since it’s the biggest city in the region, and where you have to transit through to most other destinations. But where would you go from there?

If anyone has any tips for planning an itinerary on Canadian North, I’d love to hear it!

Be prepared for sky high accommodations prices. In the smaller communities it can easily go over $250 a night per person (yes, even if two people are staying in one room with one bed). And that’s of course not going to be anything glowingly luxurious. I visited Nunavut 3 times in the past 5 years, primarily for hiking. Having your flights delayed by 2 days due to weather or mechanical is not unusual, especially when heading to some challenging airports like YXP (which is located in a fjord and has very strict weather minimums). Canadian North has been good to me at shifting things around in response to that, but to make things easier, book everything as a single itinerary if you can. Stay at b&b type places and talk to local people. Life is very different up north, missing out on that would be worse than missing out on the northern lights (which you won’t see in the summer anyway).

YFB resident. If you're booking aeroplan book very far in advanced. Canadian North only has 2 aeroplan seats per flight, and basically everyone up here has aeroplan CCs so those seats get snatched up pretty quick. If you come during the summer you won't see the northern lights, but on the summer solstice we get about 20 hours of sun, and the rest of the 4 hours of the day is basically twilight. Lots of outfitting companies in town that can take you on boating or on the land excursions. Pangnirtung to Qikiqtarjuaq has a popular hiking trail between communities. About 46kms north of Pang is Mount Thor, which has the greatest vertical drop on earth. Cape Dorset, now known as Kinggait has some amazing carvers. Some carving dealers only buy from Dorset carvers. World renowned print artist Kenojuak Ashevak is also lived most of her life in Dorset. Hotels include Aqsarniit, Capital Suites, Discovery, and the Frobisher Inn. Also numerous airBNBs and B&Bs. It can be very expensive for just a small room just so you know. Aqsarniit, Disco, and the Frob have their own restaurants. The one at the Frob can be really slow. Attached to the Frob is a pub called the Storehouse. There's also a sports bar called the Chartroom. And there's the Nunavut Brewing Company. NuBrew doesn't have a kitchen but you can bring your own food in. If you like the beer and want to take some home you can only buy it at the Beer and Wine store just so you know, and that's because of strict liquor laws. There's also The Snack. Food isn't the best but they deliver late into the night as well. Hunters Market has the best pizza in town in my opinion. There's also Yummy Shawarma. Blackheart Cafe is a popular spot as well. Booster Juice near the Frob, but they've been having staffing issues. Budget and Driving Force are the two rental agencies, but have limited amount of vehicles. But sometimes you can post on Iqaluit Public Service Announcements on FB asking if anyone is willing to let you rent their vehicle for a few days. I know it sounds odd, but it does happen. Lots to do around here. We have a small movie theater attached the the Frob. Disc golf course is popular. I love going to Sylvia Grinnell Falls and hanging out by the waterfall enjoying the nice weather. Lots of trails too.

I would make time in your travels to go into a grocery store and take some photos of the food grocery prices up there. It's almost worth it's own post. $20 for a gallon of milk and $20 heads of lettuce come to mind. Worse than the Maldives (laughing) 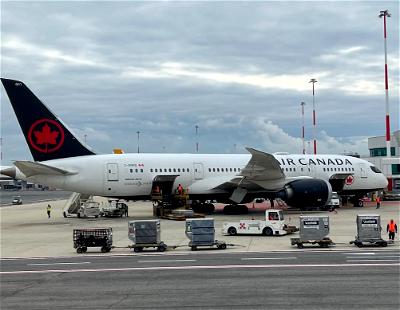