On a lighter note than everything else going on right now, I think I’ve just found my new favorite Priority Pass lounge in the world (which I’ll be reviewing in greater detail in a separate post).

Priority Pass is the world’s largest network of independent airport lounges, with over 1,300 lounges around the world. You can either buy a Priority Pass membership, or get one through a premium credit card. The idea is that Priority Pass gets revenue for memberships, and then Priority Pass pays lounges for each person who visits.

As you might expect, many Priority Pass lounges aren’t great:

If you ask me, Priority Pass lounges generally range somewhere between not great and okay. But at least for those of us who have visited some truly great lounges, they don’t often “wow.” I often read the posts in a Priority Pass group on Facebook, and I had to laugh yesterday when a member posted a picture of a certain lounge. Someone commented that “it looks like a hospital cafeteria,” to which someone responded “the difference is they’re free.” LOL, that just about sums it up.

Anyway, I wanted to report back on a Priority Pass lounge that I particularly enjoyed.

Over the weekend I visited the Primeclass Lounge Muscat, which is the only lounge at the airport not run by Oman Air (Oman Air has an excellent business class and first class lounge).

Design-wise, this is a very nice lounge, in my opinion.

Seriously, how pretty is this lounge entrance?

The main part of the lounge is in one room, with very high ceilings, and floor-to-ceiling windows.

Unlike some other contract lounges, the furniture here felt pretty high-end, and the finishes were well done.

I loved the amenities, ranging from a pool table, to massage chairs…

The food selection was pretty good too, even though I’m not necessarily a big lounge eater.

Much more important to me is good coffee, and that’s an area where the lounge delights, as there are proper barista-made cappuccinos and lattes. Yum.

This is the area where the lounge really impressed me. Long story short, I had a 1AM flight and arrived at the airport way early, and was ridiculously tired and in need of a nap. I was considering going to the nearby Aerotel and getting a room for a few hours so I could nap.

Even better? I was informed that stays of over three hours are entitled to a complimentary private room at no extra charge. So I was given the below room, with a comfortable bed, bathroom, and shower, to use for my entire time in the lounge. I can’t even begin to say how appreciative I was.

For us avgeeks, the lounge even had views of the apron (though they were somewhat obstructed). Plane views never help much with trying to get some rest, though!

Having a private bedroom for six hours was incredible, as I was able to get some shut eye. While there are some Priority Pass options that include nap pods or private office spaces, this is the first “true” hotel room I’ve ever been able to access with Priority Pass.

The Primeclass Lounge Muscat is exceptional, possibly my favorite Priority Pass location I’ve ever visited. Not only is the lounge itself beautiful, but those staying for over three hours can get a private bedroom.

While you’re limiting to accessing the lounge for three hours per entry method, if you’re flying business class and have a Priority Pass membership you can visit the lounge for six hours, and therefore get a private room. Being able to get some proper rest before a redeye flight can make such a difference in terms of not feeling miserable.

What’s your favorite Priority Pass lounge you’ve been to?

My only visits there were pre-COVID and the lounge was always absolutely packed - finding a seat was a challenge and the general experience was quite miserable. Sure, the lounge LOOKED good but thats not a positive when you have to spend 10 minutes looking everywhere for an empty seat.

Been here pre-covid and I couldn't believe how amazing it was. No problem getting a seat at all. 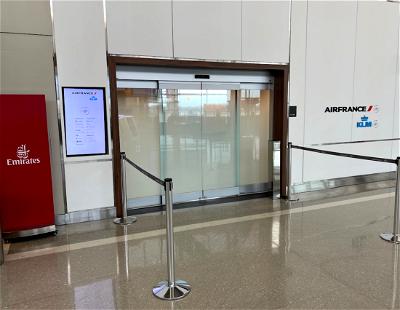 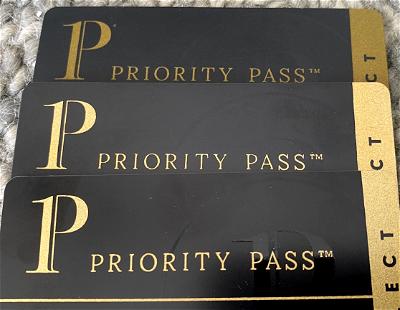 59
How To Tell Your Priority Pass Cards Apart