I typically travel well over 400,000 miles per year, which to most people probably seems like a lot. I suppose it’s all relative, because to me that’s normal, so flying at a pace of ~35,000-45,000 miles per month isn’t especially exhausting to me.

However, the past 12 days have been insane, even by my crazy standards:

That’s roughly 45,000 miles of flying over 12 days. The first two trips were strictly to review new products (I would have liked to spend more time on the ground, but couldn’t make it work timewise), while the trip to Colombia is an actual “vacation,” to sightsee on the ground there.

But my gosh am I tired! Perhaps the ultimate example of my exhaustion and just how over the top travel the past 12 days has been can be summed up by my experience with Canadian immigration yesterday.

As I handed the agent my customs form, he said “where are you coming from?”

And I totally blanked. It wasn’t just a split second of confusion and I blurted it out, but rather I actually couldn’t figure out where I was coming from. Was I just in Changsha? Bangkok? Muscat? Frankfurt? Paris? After standing there silent for about five seconds I recalled that I just got off an Air France flight, and said “Paris.” 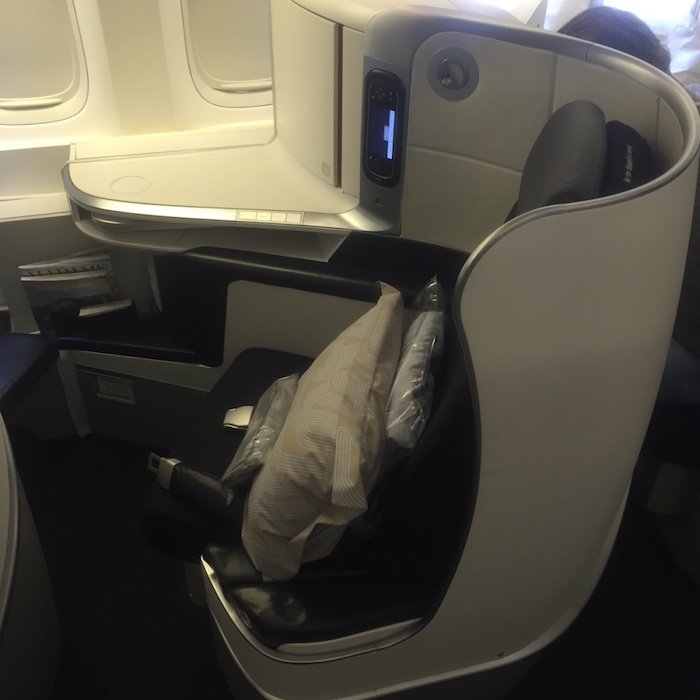 Understandably that was probably quite suspicious, and I got selected for additional screening, which is the first time in forever that has happened to me. The experience was painless and only took a couple of minutes (and overall was still more pleasant than a lot of the other experiences I’ve had with Canadian immigration).

I’m excited to be spending a week on the ground away from planes. I love flying and have absolutely loved the new airlines and products I’ve been able to review. But you can also bet I’ll be hibernating for a couple of weeks. I sleep very little when constantly changing timezones, which is probably the aspect of flying which takes the greatest toll on me.

I guess the moral of the story here is to always remember what flight you got off when approaching immigration.

What’s your limit for flying — how much is too much?

I only do this part-time, but I know exactly what you mean. I sometimes forget where I am too. Due to a family incident, my recent/current itinerary is FRA-DXB-SIN-MEL-SIN-LHR-SNN-(bus)-ORK-BHX-CPH-MUC-SPU-(car)-ZAG-(train)-Bavaria-(car)-BHX-CDG-NRT//HND-SYD-MEL-WLG-(car)-AKL-MEL-HKG-ICN-CDG-AMS-BHX, then by car home to Bavaria. Granted, I have taken more time over this, but with the exception of two short J sectors MEL-WLG & HKG-ICN, it's all in economy. I am now in MEL (I think!). When I flew to WLG, I sat in the Qantas Club at some unearthly hour of the morning, staring at the list of flights on the screen thinking "Where the **** am I going today?" I can't imagine what confusion you have, Lucky! BTW I copped a grilling at YYZ too last year. They just couldn't get why a German resident with an Australian passport had flown from MAN via KEF to YYZ for 3 days in the middle of winter, carrying 14 different currencies, only to turn around back to LHR! (FI error fare).

Hey Lucky, I presume you'll be flying Virgin Galactic down the road? That's the TR I await, eagerly.

Canadian immigration gave me a hard time when I was moving to Vancouver from Delhi. I had chosen to be in Hong Kong for a day instead of 7 hours and the thought that was suspicious. I couldn't tell them why I was there cause I was there to hook up with this girl I found on tinder the other day but they let me go after half an hour lol.