On average I spend more than half my time outside the US. Despite that, I suck at staying connected, and typically don’t use data when abroad, instead relying on Wi-Fi hotspots. I know that I really should switch to T-Mobile’s Simple Choice International Plan, which seems right up my alley. But in general I hate cell phone providers so much that I can’t bring myself to make the change. I know I should just bite the bullet and do it, though.

When I stayed at the Hyatt Regency Tsim Sha Tsui in Hong Kong a bit over a year ago, I noted how the hotel offers all guests complimentary smartphones for the duration of their stay. These can be used as a wireless hotspot with unlimited mobile 3G internet access. Furthermore, you can make complimentary phone calls to the US, UK, Australia, Singapore, and China. 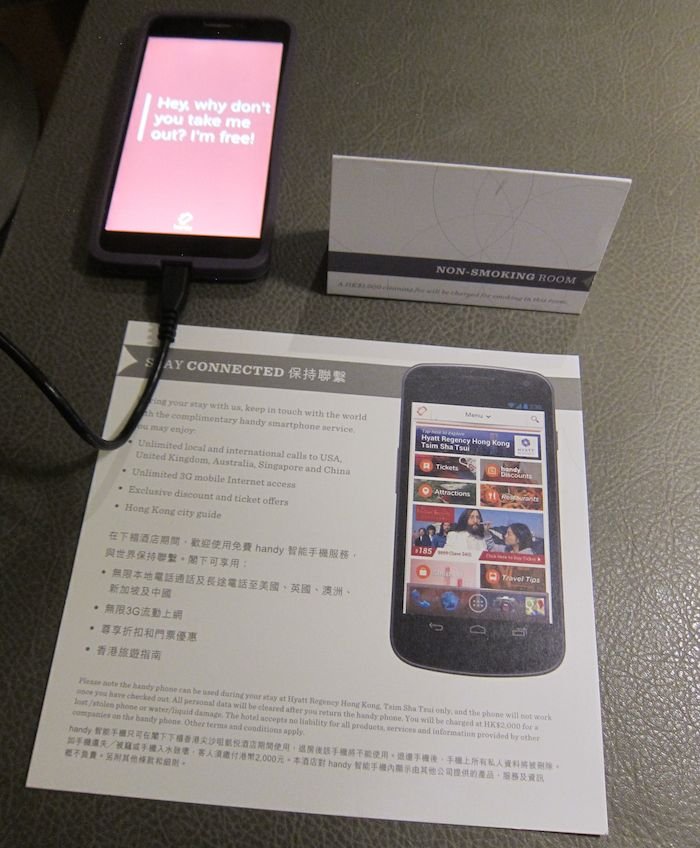 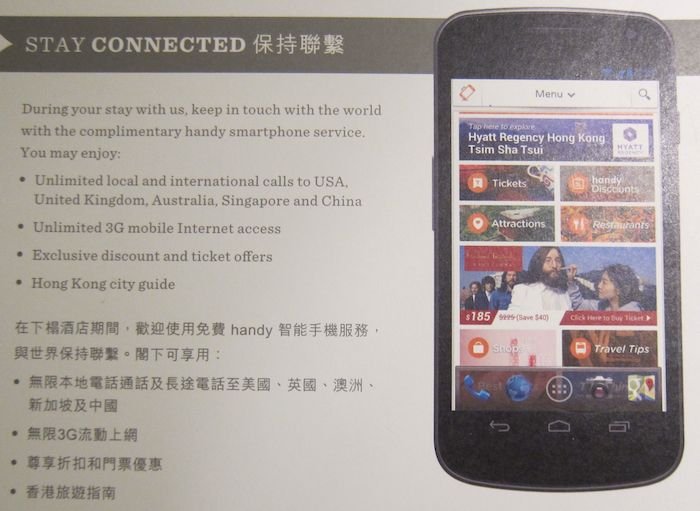 I thought this was an epically awesome perk, as it was easy to use and allowed me to have a hotspot and make free calls no matter where I went.

Well, I’m presently at the Grand Hyatt Hong Kong, which is one of my favorite Hyatt properties, and they now have a similar offering. Except it’s even better. 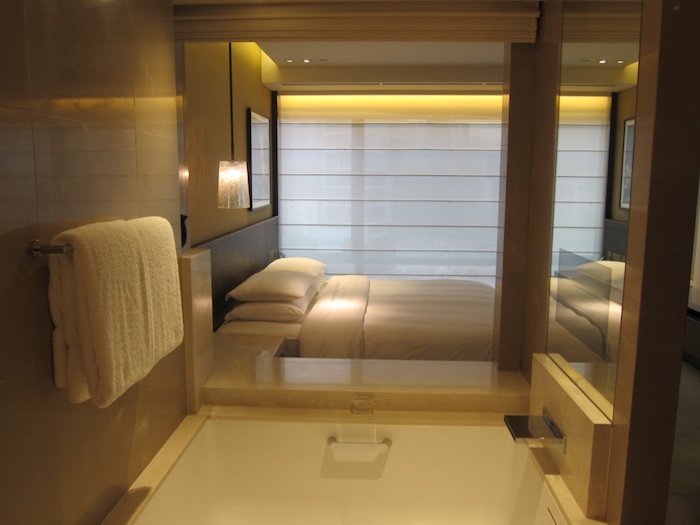 I don’t know how long they’ve offered it, but the Grand Hyatt Hong Kong offers a complimentary smartphone with 4G coverage. Here’s how they describe it:

Experience ultimate convenience during stays at Grand Hyatt Hong Kong, as all guestrooms are now equipped with a handy complimentary smartphone. Whether guests are traveling on business or leisure, this phone will be the ideal companion.

With the handy smartphone, all registered guests staying at Grand Hyatt Hong Kong can enjoy:

Guests can take the complimentary smartphone out of the hotel to stay connected with friends, family and business partners while exploring beautiful Hong Kong.

A Wi-Fi hotspot and free calls to the US? Deal! 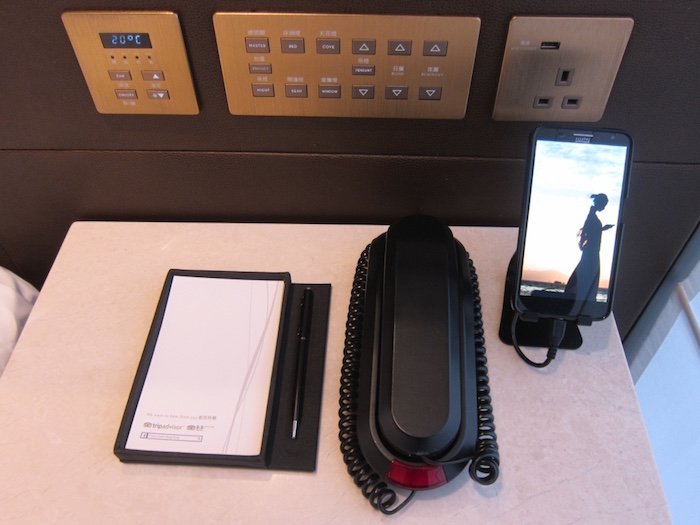 I can’t even begin to say how much of a value-add service I find this to be. I’d certainly go out of my way to stay at one of the two Hyatts in Hong Kong over similar options from competitors because of this feature.

Presumably it doesn’t cost the hotel that much, yet it’s something which really sets them apart, as this is something I’ve only ever seen at the two Hyatts in Hong Kong.

Anyone else find this feature to be as awesome as I do? Or am I just insane for still not having T-Mobile/using data internationally?

The cosmopolitan hotel hong kong also has this feature

Awesome amenity, thanks for the post and useful comments. I plan to use it as a hotspot during my upcomng stay in HK.

Great read! Handy smartphone as a service for hospitality was pioneered in Asia Pacific at The Mira Hong Kong in mid-2013 and available free of charge in every room with free 3G data connectivity, Wi-Fi hotspot, and free IDD calls to 25 destinations, including US. Following raving reviews by travelers worldwide, it's been slowly introduced in other 5 and 4 star properties in HK and several other destinations in Asia.