There’s a lot of misinformation and very bad advice on the internet, so I suppose this should hardly be singled out. But it’s travel specific, and I realize I’ve never explicitly addressed this before, so I’ll give it a try (though I have addressed how simply uttering the words “revenue management” over the phone to an airline agent won’t score you an upgrade).

Do airlines upgrade people who dress up?

No, of course they don’t, that’s absolutely ridiculous. Why would anyone think so? Oh, because Travel + Leisure Tweeted yesterday about a story that was published last month, about “what to wear to increase your chances of a first class upgrade.”

This really seems to be a thinly veiled attempt at getting some affiliate revenue by posting links to clothing that will allegedly get you an upgrade. Personally I think a much better business model would be to post affiliate links to credit cards that can actually score you first & business class seats, but to each their own.

The Travel + Leisure piece is based on a 2018 story where “cabin crew share the outfit that will get you bumped up to first class.” Every “air hostess” and “steward” that the writer interviewed (that should have been the first clue not to listen to this advice) suggested that dressing up can impact your upgrade odds, and it gives specific and baseless advice about what you should wear:

“For an upgrade, it’s all about looking the part. Smart but understated. You should look like you travel often. But don’t be dripping in designer clothing. It helps; someone who is potentially due to get an upgrade can be knocked back if they aren’t dressed suitably.”

I’ll address some different circumstances below, but let me be very clear — dressing up won’t increase your odds of scoring a first class upgrade. Period. 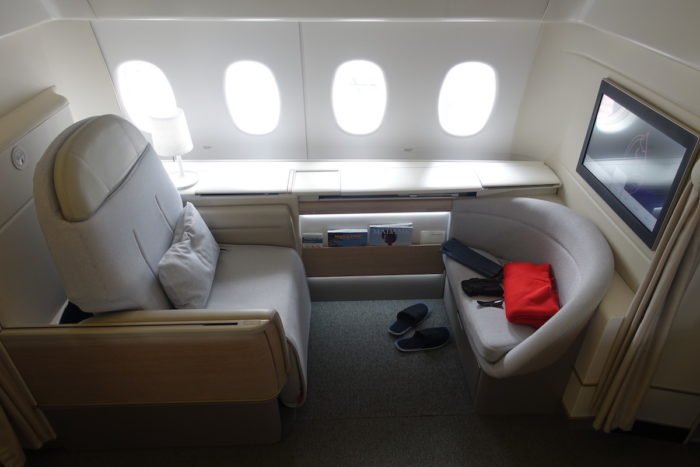 No, a $38 turtleneck from Everlane won’t score you a first class upgrade

How do you score an upgrade then?

Virtually every airline has specific protocols for awarding upgrades. Under normal circumstances, there are a variety of ways to score a first class seat, aside from outright paying cash for it:

Even in these situations, there’s a very specific procedure for doing so. The policy will vary by airline, but typically operational upgrades are prioritized by elite status and/or the fare class you’re booked in.

Sometimes you may be bumped up to an exit row or extra legroom economy seat if you’re traveling alone and the airline needs to make space to seat a family together, or something.

But nope, believe it or not, the gate agent doesn’t send RuPaul into the gate area to see who is serving the best looks.

There are lots of legitimate ways you can be upgraded

Is there a dress code for first class?

Generally speaking there isn’t, and I think this is where the confusion might come from. Airline employees are typically able to non-rev, which means that they can fly for free (or at a heavily discounted rate) on a space available basis. In some cases employees can even fly in first & business class, but only after all upgrades have cleared.

Some airlines have dress codes for employees, and sometimes those dress codes are more stringent if you want to fly in a premium cabin. That’s typically the only time there’s going to be a dress code, or where dressing up can make a difference. 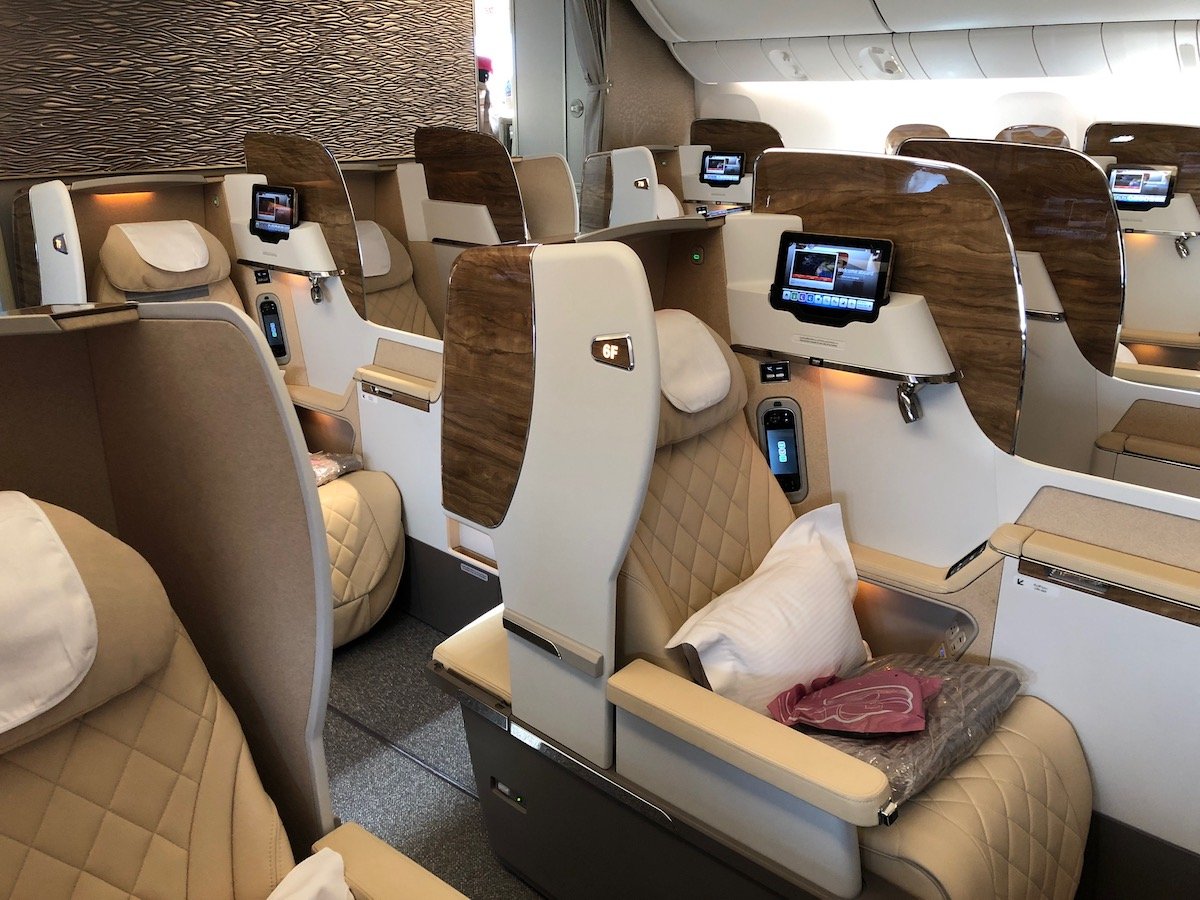 There are sometimes dress codes for airline employees

In fairness to this mythical upgrade advice, I do think back in the day there may have been a bit more truth to this. Like, not that dressing up would necessarily score you an upgrade, but rather that gate agents had more discretion to upgrade people, whether it’s because they were trying to hit on them, they were friends, or whatever.

For example, going back over a decade, it wasn’t unheard of for a gate agent to violate policy and upgrade an employee friend ahead of a passenger on the upgrade waitlist. But nowadays that almost never happens, since upgrade lists are typically published, so the person on the upgrade list realizes what’s going on. 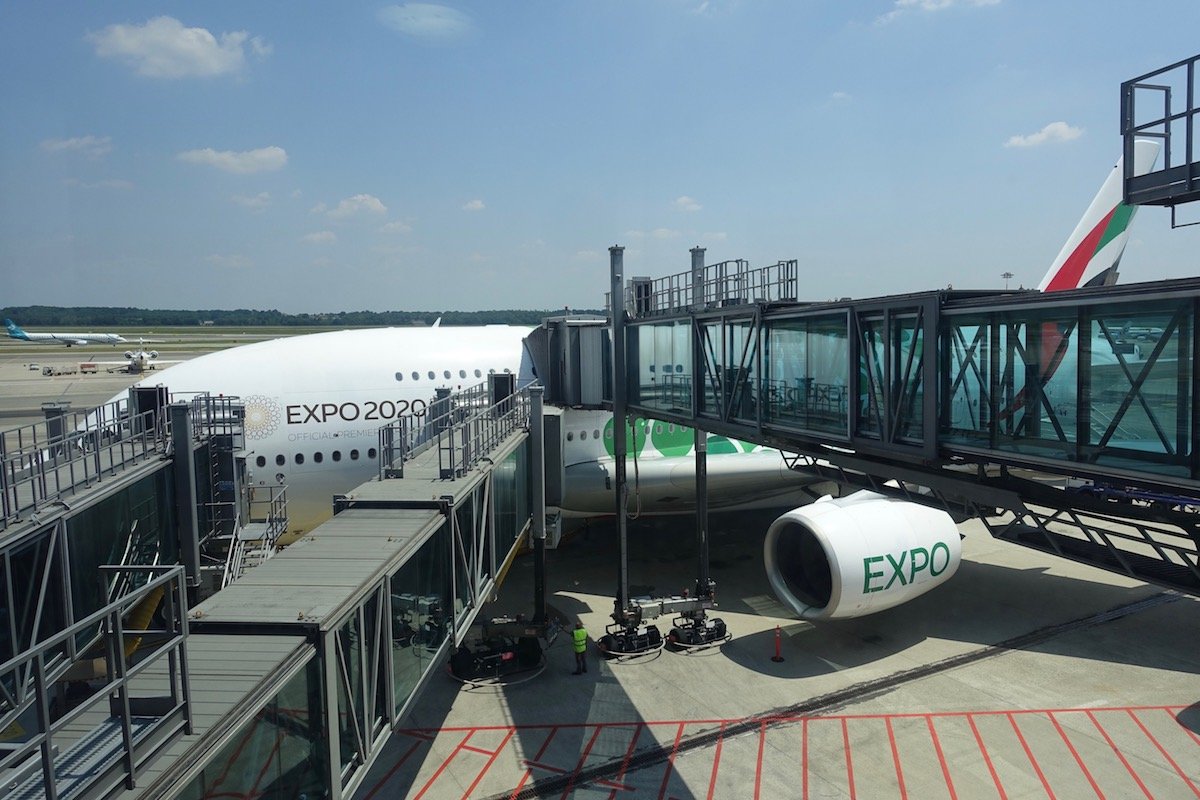 Dressing up won’t score you a first class upgrade, so dress for comfort when you fly. The good news is that there are plenty of actual ways to score a first class seat nowadays, from redeeming miles to having elite status.

But please, can we stop with the urban legend that dressing up is the key to scoring a first class upgrade?

Submitting...
Featured Comments Load all 84 comments Most helpful comments ( as chosen by the OMAAT community ).

I wear expensive comfotabke Italian suit and tie, with pockets for cell phone, tickets, ID, and pen. even when flying economy class Saturday morning or economy class to a beach holiday destination. Every other passenger is wearing yoga pants, destroyed jeans or board shorts, and dirty tee shirts. The crew dresses smart. I get treated best. My beverage service is double and never ending. I get offered extra snacks and extra desserts. I get more amiable stories from staff. Altogether I have a pleasant comfortable flight. It's a matter of honor and respect. Yes, I know Silicon Valley billionaire wanabees wear the Grey yoga pants or shredded jeans and dirty tee shirts. I feel sorry for them and I feel sorry for the future.

Saw a young couple on United LA /Syd on their honeymoon get upgraded to Business class as well They weren't so lucky on the way home though :)

Prior to 9-11 and even shortly after it actually did work as i witnessed first hand But it was and is an art form truly I knew very attractive well dressed women and men casual and business casual that could flirt and schmooze to the front of the cabin They were pros at it providing there was empty space Did it on American flight to London years ago from JFK with a cheep coach ticket in 2000? Being charming kind professional and well dressed actually worked on rare occasions.The trick was never to have expectations.Over the past few decades I believe its become far less common with stricter guidelines and protocols put in place and less inventory as well to boot to upgrade too.

22
Koh Samui has the coolest airport ever!

10
My two least favorite phrases to hear at the gate…