The terms “Delta SkyMiles” and “transparent” don’t usually go in the same sentence. I can hardly blame them for leading the way among US airlines when it comes to “innovating” loyalty programs, as they were the first to add a revenue requirement for status, and then eventually award redeemable miles based on revenue rather than distance flown.

That’s all fine, though the one thing I really take issue with is that Delta SkyMiles eliminated their award charts altogether as of early last year. So if you want to know how much an award ticket will cost you, you can log onto delta.com and search for the variable price, as it’s the only way you’ll know for sure.

The reason they’ve eliminated award charts is quite obvious, in retrospect. Long term Delta wants to make SkyMiles revenue based on the redemption side, and it’s much easier to do that if people don’t have pre-conceived notions about how much things should cost. It sure seems like they’re trying to make SkyMiles worth a penny each, and that will be an easier adjustment to make if they can condition people to expect dynamic award pricing.

The good news is that Delta hasn’t devalued the cost of saver level partner awards much in the past couple of years. While they have several tiers of pricing and the cost of awards on their own metal have largely gone up, that hasn’t spilled over to saver level awards much. Delta’s last major award chart devaluation was in 2014.

It looks like for the first time in a while, Delta is increasing saver level & partner award costs for travel as of October 1, 2016 (keep in mind this is the “travel by” date, and not the “book by” date).

The cost of business class awards between the US and South Pacific is increasing from 80,000 miles to 95,000 miles one-way. 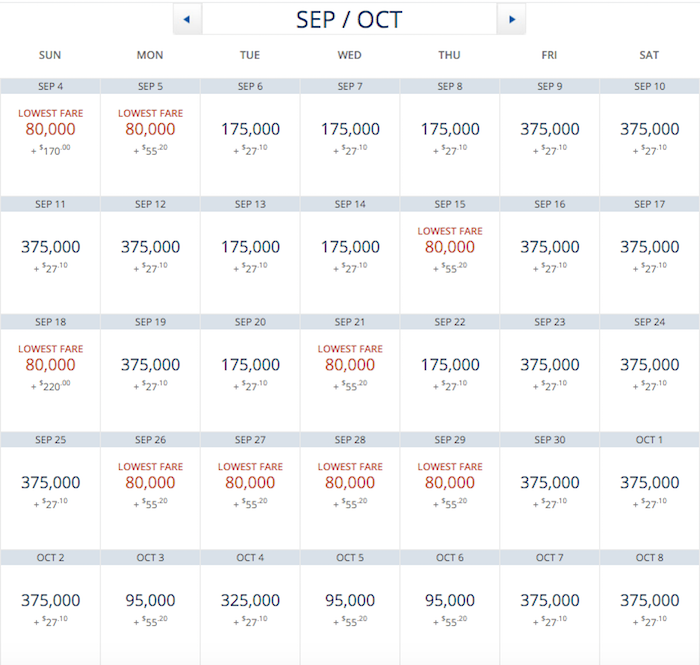 You can see this if you look at the cost of an award from Los Angeles to Sydney on September 29, 2016:

By the way, can we just stop for a second and note how obscene Delta’s award pricing is getting on their own flights? For a flight which looks almost completely empty, Delta is charging 750,000 SkyMiles for roundtrip business class between Los Angeles and Sydney (while economy is 230,000 miles roundtrip for the same flights):

There are some other award cost changes as well. The good news is that the cost of roundtrip economy travel between the US and South Pacific decreases from 100,000 miles to 90,000 miles at the saver level. There are some other adjustments in other regions as well, like from Hawaii to Asia, though they’re mostly not too major and negative.

Unfortunately since Delta doesn’t publish an award chart, though, I can’t do a side-by-side comparison. 😉

The downside to Delta not publishing award charts is that they can do what they want when they want, and only a few savvy members may catch on to what they’ve done. In and of itself these changes aren’t terrible, and in some cases are positive. 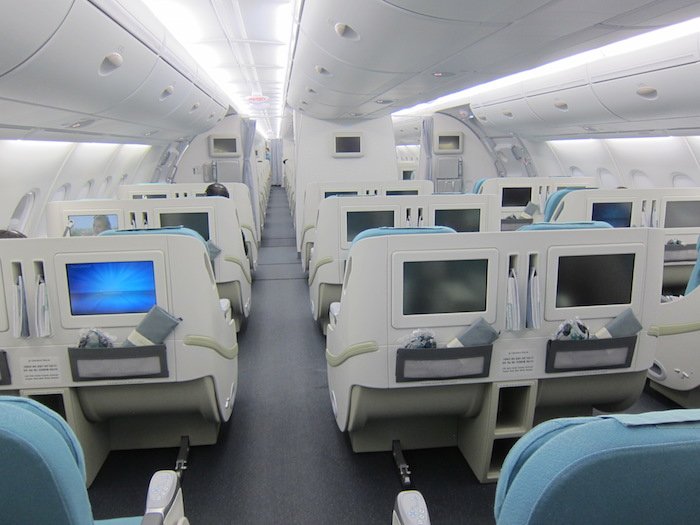 Delta is boosting its profits by downgrading pay and benefits to employees and by sucking its customers dry. I was nearing two award tickets to Australia when Anderson made the changes to SkyMiles while being paid $750,000 a year plus $millions in stock options, bonuses, and his retirement package. I'm closing out my Delta AmEx card and switching my preferred carrier.

@Stuart H That's a good summary of the dilemma. I don't think any of "the majors" have exactly distinguished themselves in their attention to customer service, have they? Sadly, they ( a so-called "service business) outsource a majority of their flights to 'regional airlines' like Skyworst... what kind of service business intentionally doesn't even do the bulk of the actual heavy-lifting of providing the actual service? Of course, they do this to beat their unions-- which doesn't exactly make the card-carrying union members happy-- so there is always an undercurrent of tension on the majors. As for the fuel-efficiency thing, Anderson's (DELTA CEO) proud of himself for flying older, less-efficient planes because they cost less to buy. That's a loser strategy when oil prices go back up, but they look smart for the moment (I love the comment about the old Delta bathrooms, BTW) even if the passengers are stuck flying in ancient planes. I find myself wondering about the "jackscrew maintenance" on the DC9s Delta flies (and, yes, I know they fly MD80/88/90/717 but those all are on the same type certificate of the DC9, with the design problems from 1964) every time I step on board. The newer planes AA and UA are buying are substantially more fuel-efficient, and emit far less carbon, over the life of the airframe. Purely on ecological grounds, there's plenty of reasons not to fly Delta-- if only for the millions of pounds of extra CO2 Delta spews into the air every year flying these gas-guzzlers.

@Neil S. I won't begrudge you the "location factor" in your preference for Delta, but those of us with 4 or 5 plausible airlines to choose from (I'm going weekly between the DC and LA markets) have a much harder time supporting Delta. All the majors have grumpy gate agents some days, Irregular Operations, poor baggage handling, etc, etc, etc. So, I don't think those complaining about a single bad day on American or United have much to base their viewpoint on. Delta failed to get me to my destination on the correct day on 4 separate trips last year... and I finally said "Enough is enough". The Delta DM's get treated well (although most DMs got their "status" with credit card spend, not with flights, in my experience), the non-elites get treated AWFUL. You definitely don't want to be a non-elite on a thunderstorm day in ATL, headed to a destination they only serve twice a day. You'll die sleeping on the floor in Concourse D. So, yeah, for a lot of us the determining factor is the mileage programs-- which are markedly better on UA, AA and even SWA. I've taken dozens of trips on UA, on miles, over the years, including Australia, England, Asia and Germany... DL miles are worthless by comparison. For me, with five plausible airlines serving the places I go most often, the program DOES make a difference. And, that's why I don't even bother to look at the Delta flight options unless someone has a gun pointed at my head. And, I did fly Virgin SFO-LAX the other day and was reminded again that flying doesn't have to be so brutal... Virgin America and Alaska remain our bright, shimmering hope in the sea of kraappy cattle-car airlines the "majors" (led by Delta) have become... 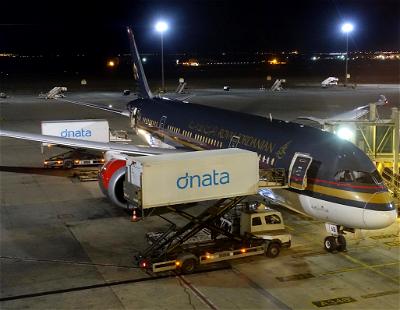 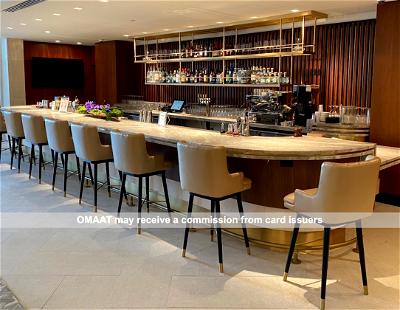 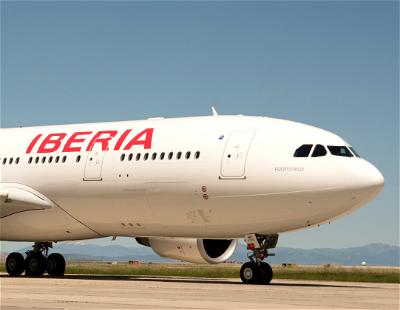