Delta had quite a meltdown last week, following a big storm that hit their Atlanta hub. While there’s nothing they can do about weather, the degree to which it impacted their operations left a lot of people wondering just how operationally reliably they are. They had around 4,000 canceled flights, and their CEO admitted that they let their customers down, and that they’re taking steps to prevent similar issues in the future.

Let’s keep in mind that Delta trademarked the term “on-time machine,” and they think they’re so good operationally that they don’t even have an industry standard interline agreement with other major carriers, which allows them to rebook passengers on competing airlines.

Delta got a big gift this past Sunday, in the form of the United incident involving Dr. Dao, as it took all of the attention off their operational problems.

Given what a disastrous week they had operationally, Delta will proactively be sending out compensation to certain passengers, with the offer to choose between a $200 travel voucher and 20,000 Delta SkyMiles. Per Point Me to the Plane, here are the terms associated with the offer:

Delta will provide a PROACTIVE $200 travel voucher or 20,000 SkyMiles to all customers who experienced an IROP (a delay of greater than three hours in getting to their final destination, or a canceled flight) on two or more flights during the course of the April 3-9 service. This includes travel scheduled on April 3-9, 2017.

On one hand I commend them for offering proactive compensation. On the other hand, it seems pretty cheap to only compensate passengers if they experienced two major delays or cancelations. So if your flight was canceled and then they could only rebook you on a flight a couple of days later, you’re apparently not entitled to compensation. It’s especially disappointing given how much pride Delta takes in their operational reliability.

Regardless, if you flew Delta in the past week or so, hopefully you have an email coming your way. And Delta has certainly done a better job handling overbooked flights this week than United has…

Were you impacted by Delta’s operational problems last week?

We scheduled and paid for a river boat cruise in Europe last summer and had to pay in full at that time. Our flight to Amsterdam was to leave 7:27pm on Sat. With a connecting flight to Budipest. Arrived at airport e hours early as told to. After5 hours of delays the flight was cancelked do to equipment failure. No attempt was made to accommodate us and flight rescheduled to 10am next day then to 5pm next day. Short story, delayed several times and again canceled due to equipment failure. We missed our lifetime dream cruise and not even a blink from Delta.

My husband and myself were delayed 5 hours on a flight from Roatan to Atlanta on the 8th April and arrived in Atlanta around midnight only to be told that we could only be rebooked on a flight back to the UK , the next day at 5pm, 17 hours later. Left to book our own hotel room when everywhere was fully booked, tired and stressed we eventually found an available room 1 hour later at 1 o'clock in the morning, after phoning every hotel in Atlanta. Delta gave us 20.000 sky miles...did not want them as we are not intending to fly with Delta ever again, and after 4 months of complaining both directly with Delta and on Twitter, no response has been received and nothing has been done other than Delta saying (on Twitter) that they have forwarded and escalated the case (but no evidence of that). Will not fly with Delta ever again!!

My daughter was taking her first trip as a young adult by herself. after her nonstop flight with Delta from Kansas City to New York was cancelled the rerouted her to Detroit where they then proceeded to cancel three more flights after giving her a blanket and a bag of chips to wait the overnight out they sent her on to Atlanta to catch a connecting flight to New York when asked at the counter if they could let her stay in the lounge in Atlanta they told her no they would not do that. Delta refused to refund any of her money even after taking a full day of her vacation in which they did not provide a hotel room because they said they were all booked up. Then after she asked if she could sit in the member lounge for an hour before her flight boarded from Atlanta they told her no 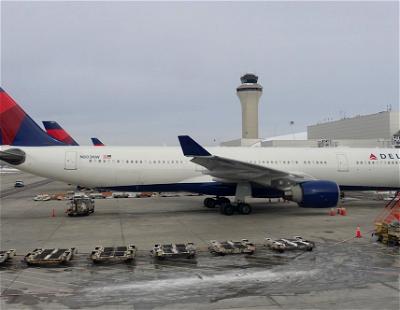 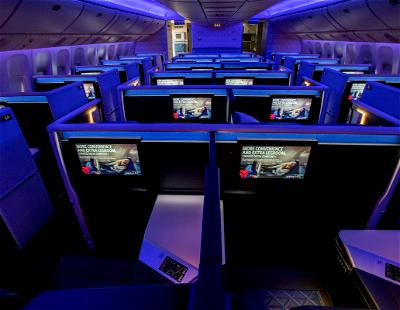