Well, Delta Air Lines has just become the first of the “big three” US carriers to actually do the right thing in light of the coronavirus situation.

Delta has just announced that they’re waiving change fees for all tickets issued before March 9, 2020, for travel between March 1 and April 30, 2020.

Customers who will benefit from this policy can rebook for travel through December 31, 2020.

I have so much respect for Delta for doing the right thing.

Up until now waived fees have only been a sales technique

Prior to this announcement, US carriers have literally been using waived change fees as a sales technique. They’ve only applied this on newly booked tickets as a way of boosting bookings, rather than applying it to those with previously issued tickets.

I of course understand airlines are being hit hard by the coronavirus outbreak, but sometimes you just have to do the right thing. Delta says they have our backs, and they’re actually acting like that.

Compare that to United, which in light of this entire situation decided to introduce one of the most outrageous refund policies on schedule changes.

As a point of comparison, Delta’s previous policy allowed for waived change fees for all itineraries purchased between March 1 and March 31, 2020, regardless of when travel was scheduled to occur.

With this new policy even tickets booked before March 1 are covered, assuming you travel through April 30 (though I imagine that date has the potential to be extended).

I don’t like everything Delta does, but they really are in a league of their own among the “big three” US carriers when it comes to realizing that they’re in the customer service and people business.

I understand this is likely to be costly for airlines, but it’s absolutely the right thing to do.

Hopefully American and United come to their senses and introduce similar policies, realizing that they should be giving people the option not to travel, either because they’re scared, or because they’re not feeling well.

With the new US travel ban on Europe, I assume we’ll see even more waivers from US airlines.

has anyone else experience a problem canceling flight reservations. my flight leaves in 2hrs and I can not get through to delta they used to try to call you back after some incredible wait time like 6hrs and 4 min.... insane but all the more they finally quit offering to call you back and simply say if your flight scheduled for this week call again later!!! going through priceline is no better. Trying to cancel online is impossible. The Delta site says this service is not available at this time please try again later. I lost my ticket I am sure because I couldn't cancel. I have trip protection but you have to cancel of course and to make it worse the reason I had to cancel is because booking.com screwed up and the property owner sent me and email saying property I had reserved (not booking.com the property owner!!) when I contacted booking.com they were going to charge me a cancellation fee. later they finally say you will get a complete refund. My reservation was 125.00 for one room apt for 5 days and this was located a mere half mile from the friends I would be visiting. Rebooking in the 2 days I had left left me staying at a hotel 4 miles away and for 350.00. Who is responsible for all of this shit? if its corona virus my trip protection say it does not cover due to epidemics lol. Insane!

I don’t see how delta is doing us any favors. I need a full refund, not a credit or voucher. I don’t know where or even if I will be going on a vacation within a year from now. Definitely not by December 2020. And if I do, it may not be with Delta. These airlines are asking for and will be getting billions in financial help from the feds, but we are at the mercy of their greed. Let’s see if they do the right thing.

Ok, So Lisa here with a ticket for travel domestic RT March 22-25 2020 and expires 8/25/20 one year after booking. I went on line and did a change to a LATE SEPTEMBER 2020 RT (past that one year expiration . The Delta.com site let me do it and did not charge the change fee. It charged a small difference in ticket cost . I note: but there were a bunch of flight and seat options where it said "BOOK NEW TICKET" and I could not select that flight or class. In the return the square was a complete blank white space but when I clicked on it , it carried through. Of course with this craziness the flight might be N/A ...but I wanted to let you all know that on line I could change to beyond that ticket expiration date of 8/25/20. Again..it's for domestic travel. Also I did call the booking number for Delta for kicks while I was doing all this and at no time did they say " your hold time is a gazillion hours" or "put in your number and we will call you back". This was Wed Mar 18 mid AM eastern. 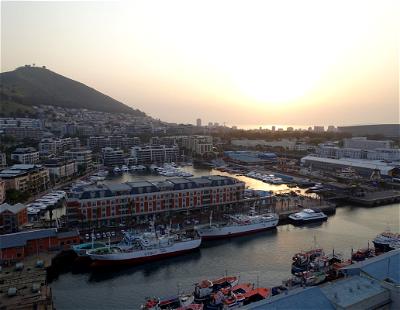