On my recent trip to Europe I decided to do what I could to add a segment on Croatia Airlines to my ticket. Why? Because they’re one of the last Star Alliance airlines I haven’t flown.

After two flights on Adria Airways I had low expectations of some of Europe’s regional Star Alliance airlines, given that Adria left a bit to be desired, to put it mildly.

So, how was Croatia Airlines by comparison, on the short hour-long flight from Skopje to Zagreb? Excellent, much to my surprise. Don’t get me wrong, it wasn’t the most exciting business class product in the world, but it was in a different league than Adria for sure.

The flight was operated by an A319. Even though the plane was about 20 years old, the cabin felt new, as I guess they recently refreshed the cabin. 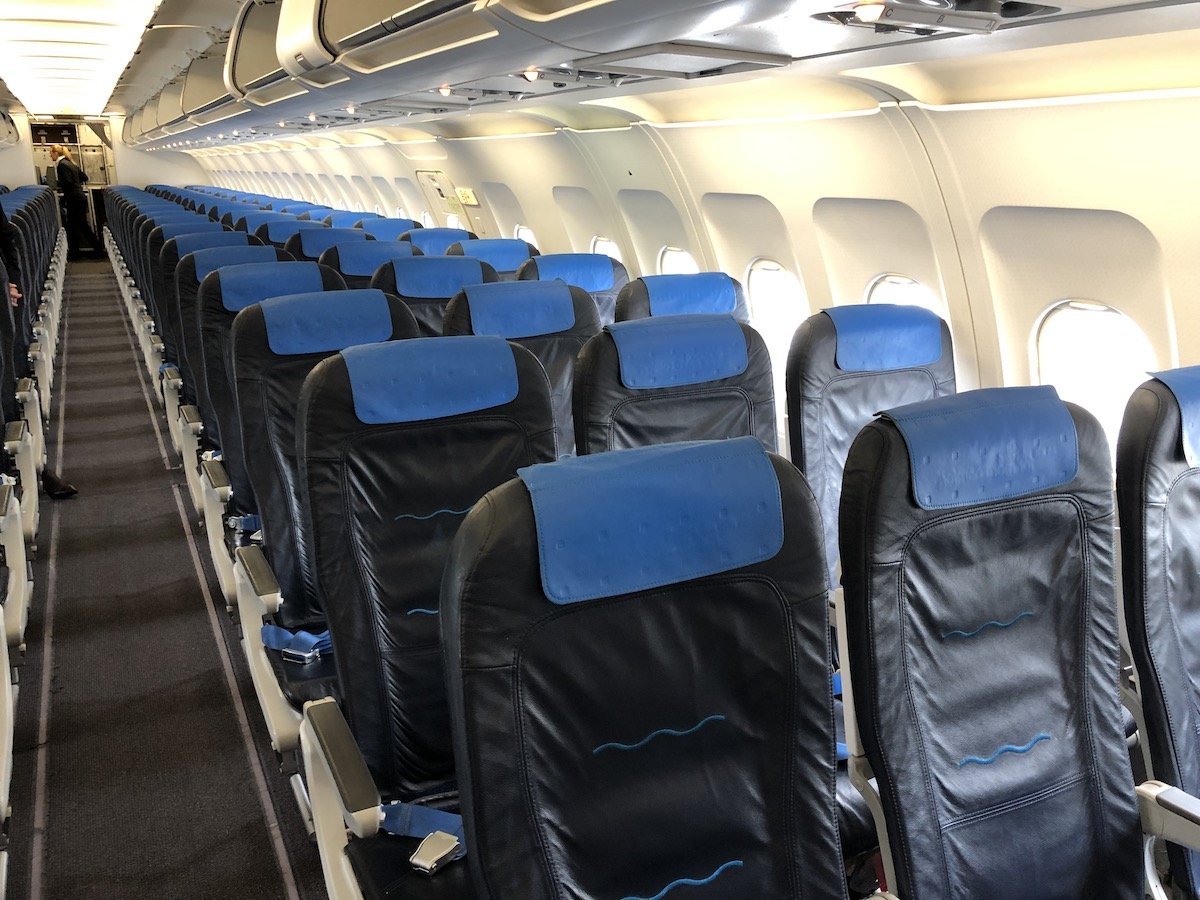 As is the standard in intra-Europe business class, business class consisted of economy seats with a blocked middle. However, Croatia definitely has a couple more inches of legroom in the first several rows of the cabin, so legroom wasn’t terrible. 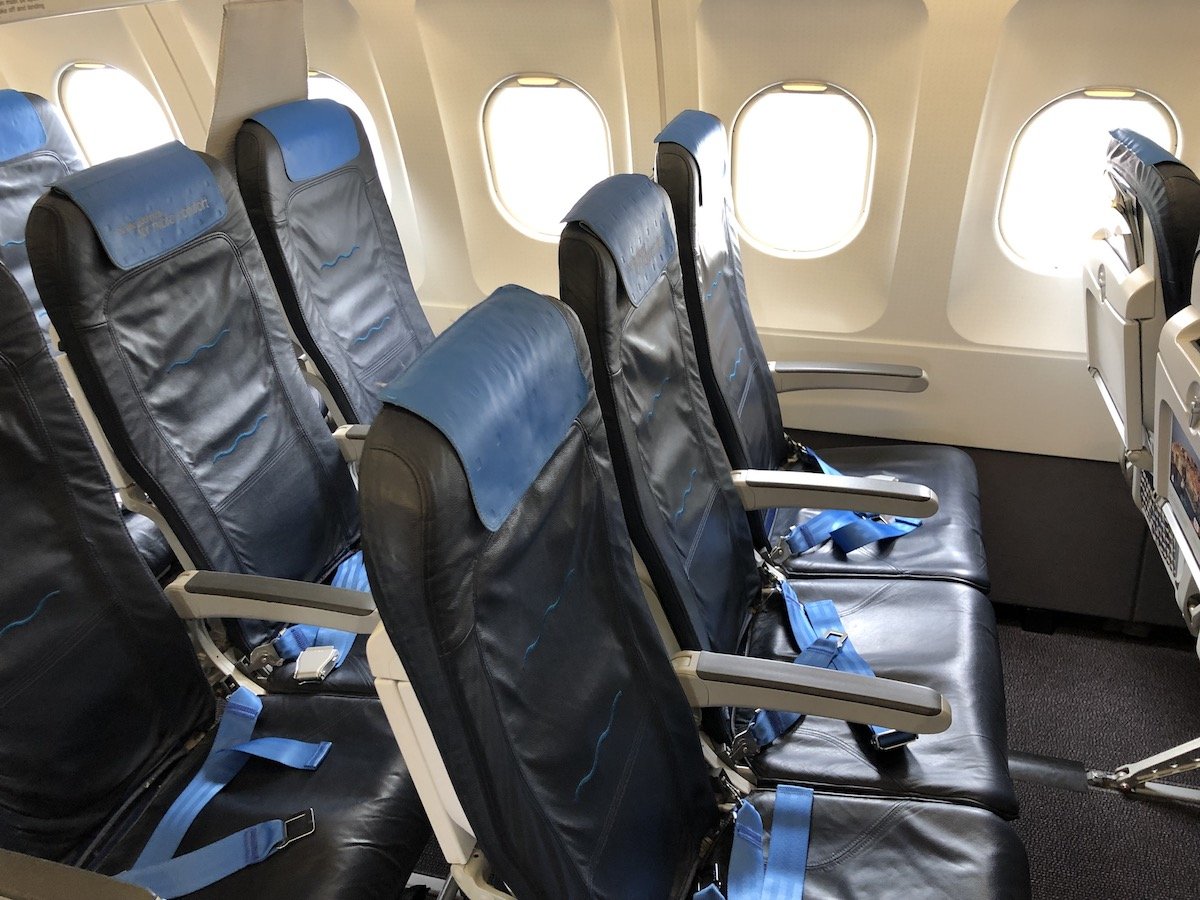 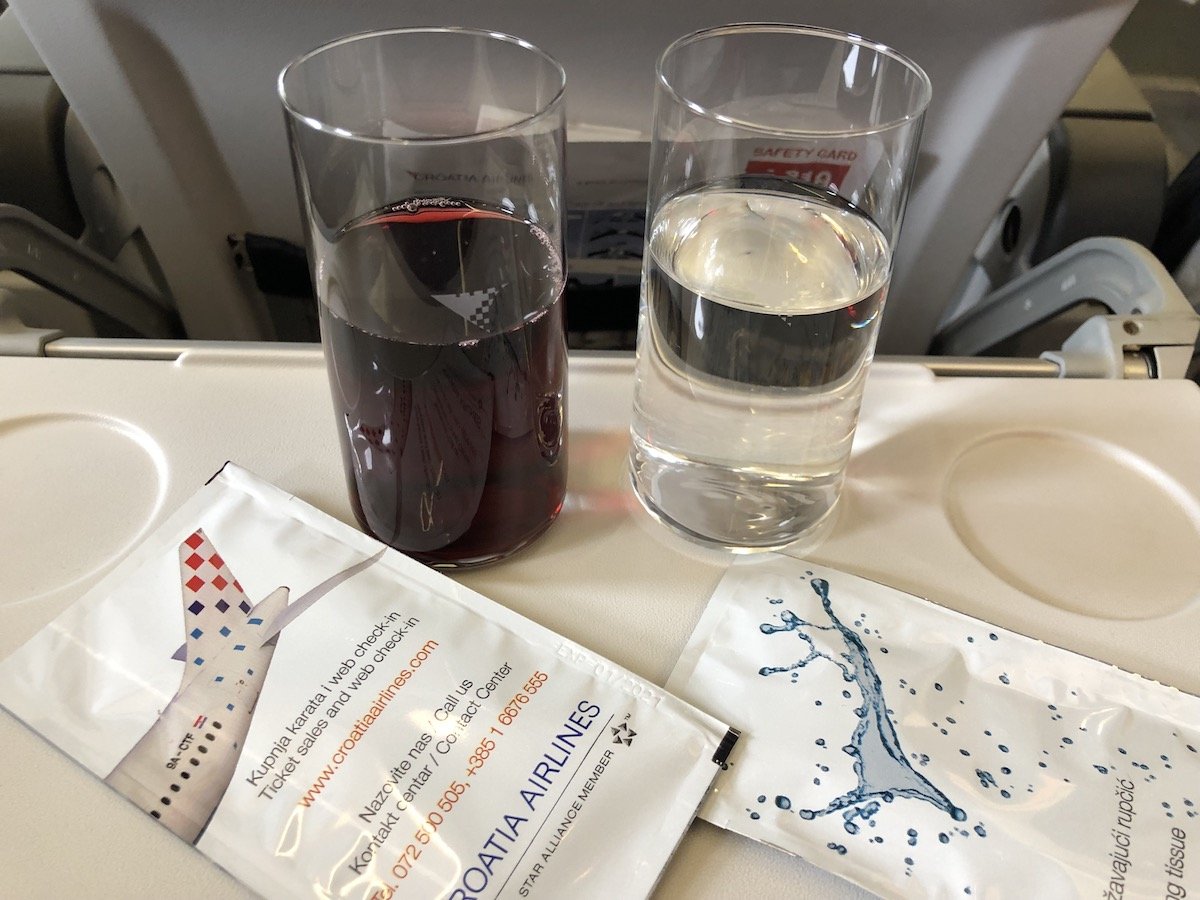 The snack on this short flight was good as well, and consisted of breaded chicken filet with chickpea salad and garlic mayonnaise. Dessert consisted of curd cake, and then there was also an unnecessary amount of bread. It was a tasty snack. 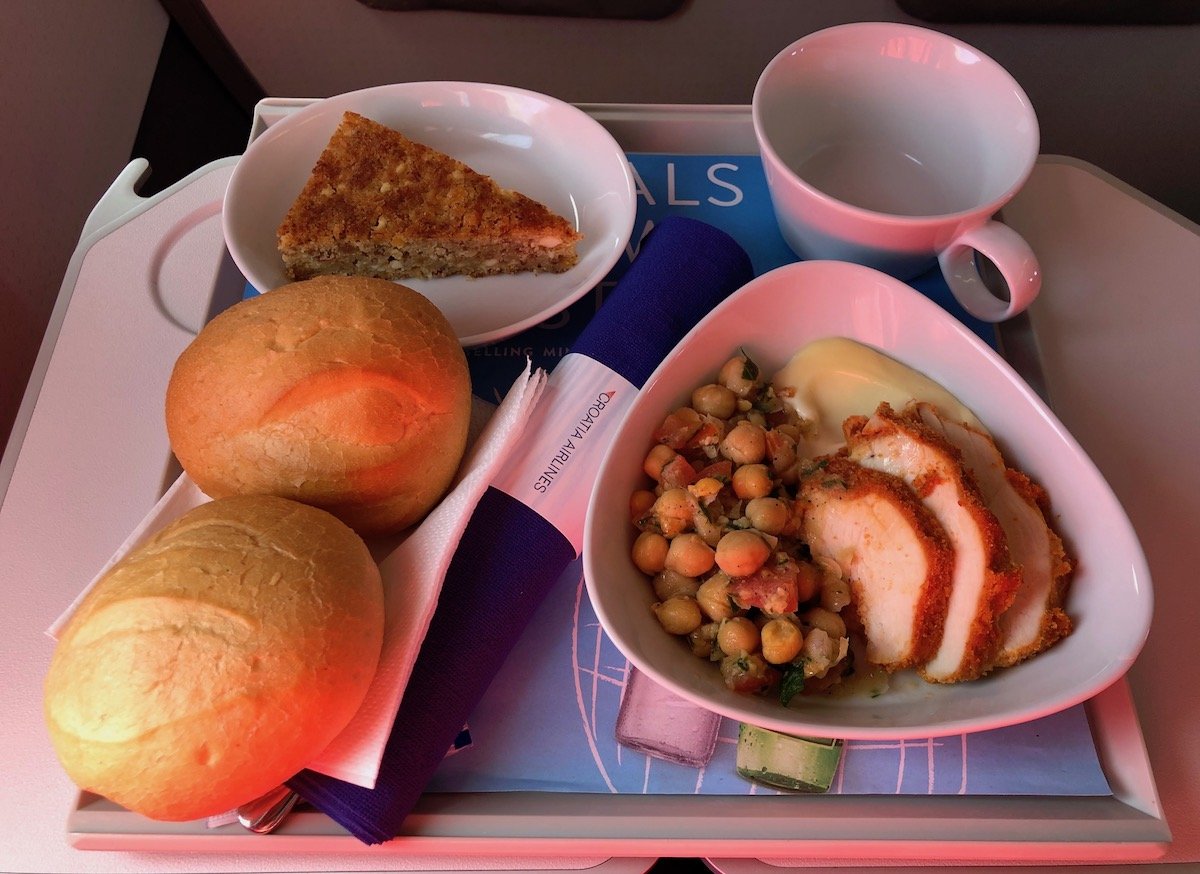 To drink I had water and white wine. 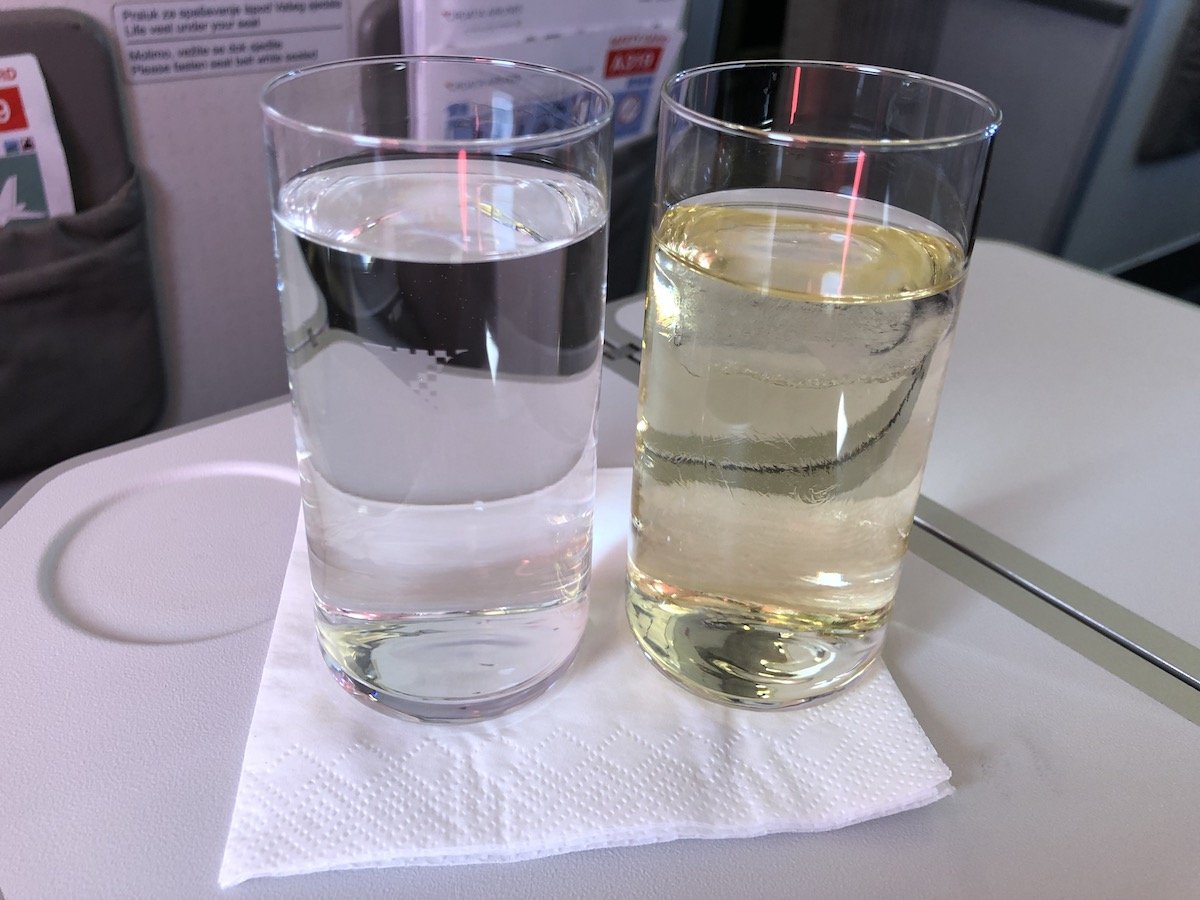 Sometimes it’s the little touches that make an experience better, and I thought it was cute that they served the coffee on a separate tray after the meal. 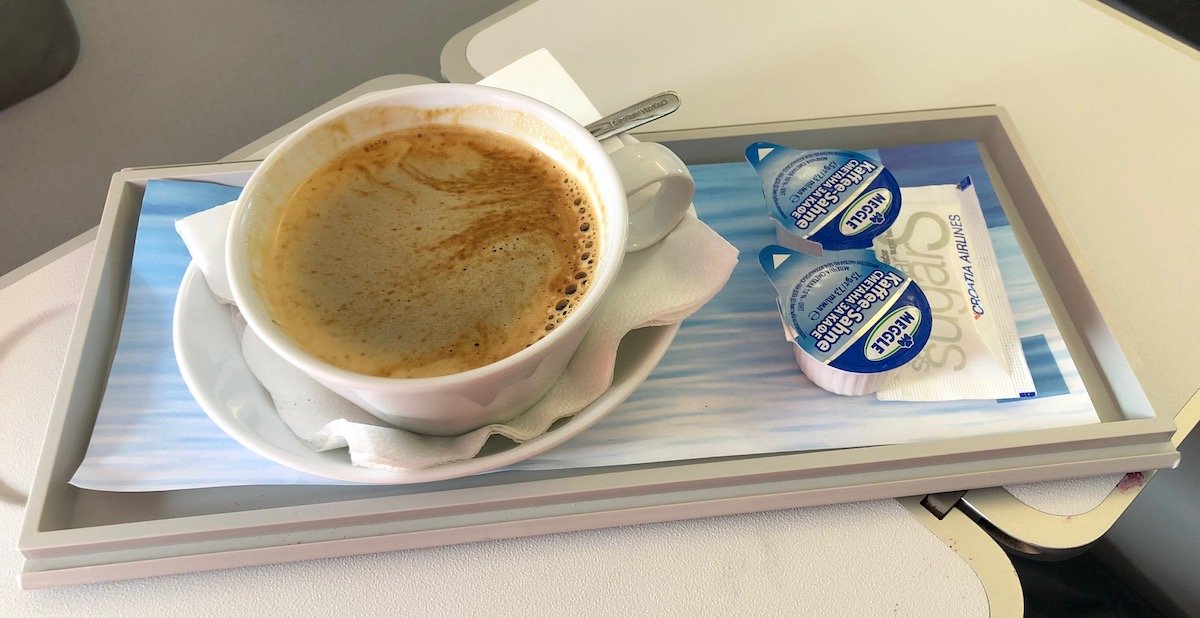 There were some other local touches to the product, like a heart-shaped air freshener hanging in the cabin. 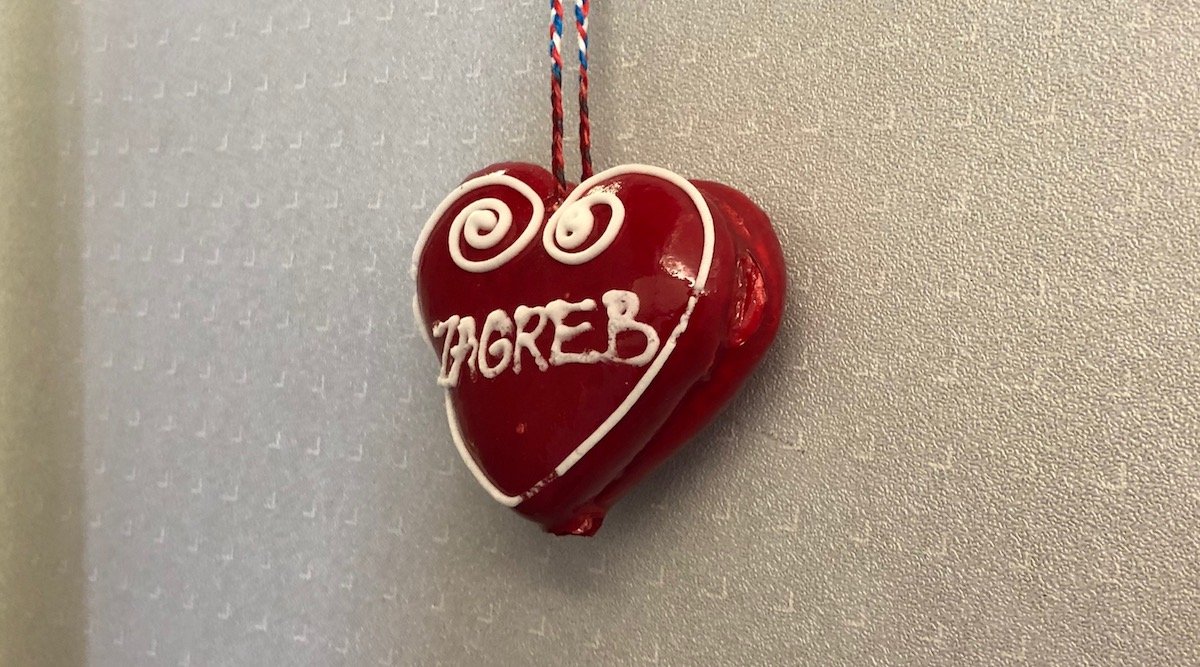 Amazingly enough this A319 had five flight attendants. I’m not sure if this was a training flight or there was another reason for that, but that’s an unnecessary number of crew on such a plane.

Anyway, well done Croatia Airlines. While intra-Europe business class is rarely anything to get excited about, the effort they put into the product does show.

That inflight meal is exactly the same meal given on two OU flights I flew in December. Same chicken, same salad, same aioli, same cake... same two bread rolls! If you were a weekly Business flyer based around OU, that meal would soon be like a pack ration. It's like they're just storing a huge number of these in a warehouse and dishing them out (pun intended) until they run out of stock. Either that or "seasons" last for far more than three months in Croatia (this is not intended to be offensive to Croatians).

If they've offered you a drink of choice as a predeparture drink, they changed the service as only apple and orange juices are offered. The j class was obviously not full. I've worked as cc for OU and I have to tell you that the jugs they make hot beverages in are NEVER EVER washed! They never leave the ac, NEVER! We were instructed to empty them in the lav and rinse with water. There are no covers for the food you ate and the crew handle buns with their bare hands (they do that in EK as well)! Those often end up on the floor and are put back in the oven/basket. Oven inserts also don't leave the ac, most ovens don't even have them and the bread is heated in the dirty oven nobody ever cleans. They are only handled with thongs in front of the pax. The crew use the thongs for al kind of purposes (unsanitary ones) and those don't leave the ac as well. The open wine bottles stay onboard, overnight, till the next flight.... until somebody drinks them. Half empty bottles are always combined into full looking ones. And the most important thing: NOBODY ever does security searches even though they're obligated to! And they make fun of the crew who do! They smoke onboard while on ground, even OU ground staff in Fra come onborad to smoke in the ac with the crew. Safety and security are nonexistent in OU.

@Barbika Really? Usatse? Really? Go to the hospital, they might help you. @ Ben Glad you had positive experience with CA. In general it’s not a bad airline but poorly managed and in the edge of bankruptcy. Hope they will survive. How did you like Zagreb airport?