While a lot of credit cards have no foreign transaction fees nowadays, that doesn’t necessarily mean you’re getting the same deal with all cards. As I’ve explained in a previous post, different payment processing systems have different systems for calculating exchange rates.

That’s why you’ll sometimes notice a minor variance in the exchange rates when using a Visa vs. a Mastercard, for example.

Rumor has it that the reason for the discrepancy in exchange rates is as follows:

Fortunately both processing systems let you view their exchange rates online, so you can crunch the numbers for yourself:

This morning I posted about some amazing premium cabin fares out of Cairo, which are being caused by the big devaluation in the Egyptian Pound. 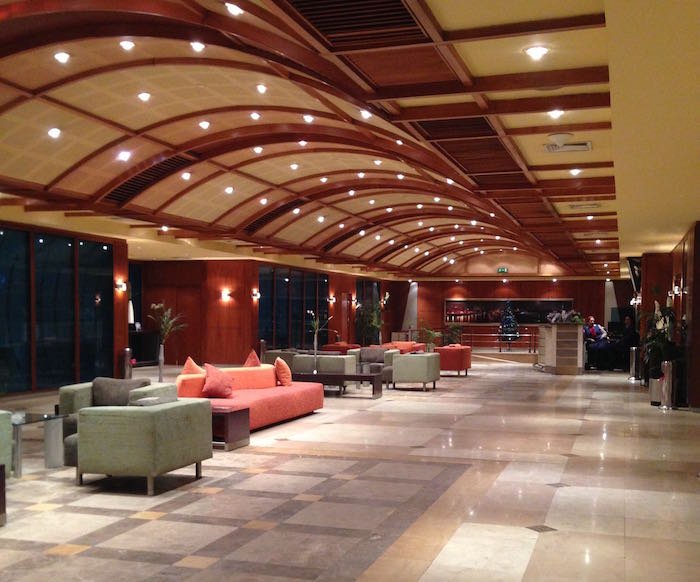 The currency used to be pegged to the USD, but that’s not the case anymore, and it has caused the value of the currency to drop significantly, as you’ll see in the below chart. 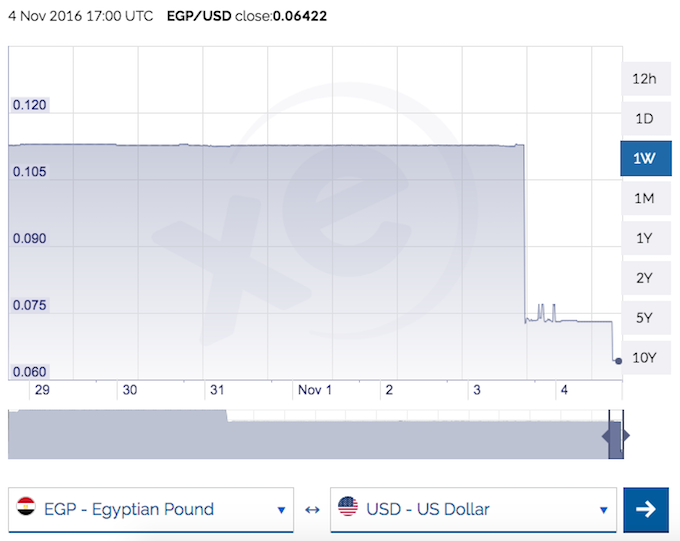 So for anyone purchasing airfare out of Cairo, it’s interesting to note how different cards will calculate the exchange rate. 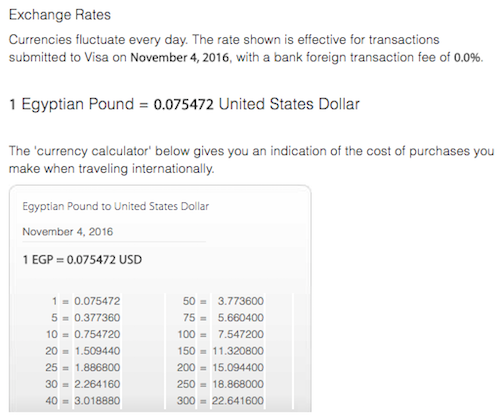 That’s a difference of ~10% in the exchange rates used by the platforms. As you’ll see, even the Mastercard conversion rate is off from the official conversion rate (0.06833 vs. 0.06422). I don’t think that discrepancy is intentional, but rather just reflects the speed at which the Egyptian Pound is falling, while the processing systems only update their payment systems daily.

So while under normal circumstances you’ll sometimes find a ~1% difference in return between Visa and Mastercard, in situations with more currency fluctuation, you can find a much bigger variance, as is the case here.

So if you’re booking a ticket out of Cairo right now, I’d recommend using a Mastercard over a Visa.

In theory I might even recommend waiting a couple of days to book a ticket in hopes of the currency stabilizing and exchange rates catching up, though I’d guess airlines will very shortly be adjusting how they price tickets out of Egypt…

VISA's currency conversion tool shows you the rate for transactions settled on that day (which means swiped 1-4 days prior), so this is not the most meaningful comparison. If you decide to buy something now and expect the Egyptian currency to continue falling, there is a good chance that VISA will actually be more advantageous as it tends to take longer to settle than MC, and therefore catch a lower rate a few days later: http://hungryforpoints.boardingarea.com/2016/09/foreign-exchange-deeper-dive/

I'd also advise to book from a travel agent from wherever you are based (either online or directly through office). GDS is always displayed in a local currency of where the agent is registered in and also with the latest exchange rate of the day as per the GDS (which is usually much better than credit card exchange rates). There could be some restrictions though, as some airlines don't allow promotional fares to be booked from outside of the origin country but for QR you can pretty much book the same promotional fares from anywhere in he world. Cut the story short - if your credit card is debited in USD, better book through an agent which gives you the quotation in USD rather than EGP etc. Even if the agent charges additional handling fee, I think it would still be cheaper than dealing with transactions that are quoted in foreign currency.

Best practice is always to use a MasterCard abroad 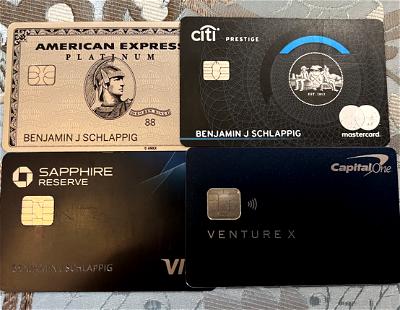 12
Does A Credit Card Denial Hurt Your Credit Score? 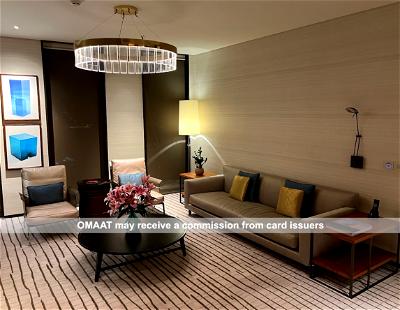 1
How To Pick The Best Credit Card For Your Business 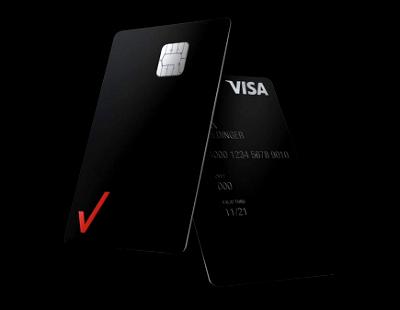