As much as I’m sometimes not thrilled with the flights I take with British Airways, their marketing is brilliant. Perhaps my favorite such example is British Airways’ “Visit Mum” campaign from 2013, which made me cry:

I just watched it again (for maybe the hundredth time), and my eyes were watery again. It’s touching and brilliant, and creates such a positive perception of the brand without even feeling like an advertisement. Because it’s not the airline’s services as such that they’re advertising, but rather that you should visit your mom. And then once you’re watery-eyed they gently remind you that British Airways probably flies to mom. 😉

Well, British Airways is back with another ad campaign, once again focused on India. It’s called “British Airways: Fuelled My Love,” and here’s the description:

Our journey in India began in 1924. We’ve grown together, soared great heights and touched the skies. Yet the bond grows stronger. See how a British Airways crew member falls in love with India and forms a deep bond with India that is #fuelledbylove.

Now, any British Airways video involving India has huge shoes to fill after the “Visit Mum” campaign, so I came in skeptical. While the ad isn’t quite to the level of the “Visit Mum” one, it’s still absolutely lovely. It feels a bit more staged than the previous video, but it still manages to have a genuine message, and you’ll probably either laugh or cry during the video, or probably both.

Fundamentally the beauty of airlines isn’t that they offer flat beds or caviar & champagne, but rather that they connect people around the world. People with different stories, circumstances, and backgrounds. Kudos to any airline which can capture that in an ad as brilliantly as British Airways does.

@Jared Point I was trying to make was this ad sets false expectations for both passengers and flight attendants. Only winner is the model who is going to score heroine roles in few Indian movies and probably make $200,000 per movie. Good for her. What about real BA FAs, how are they going to deal with pax with false expectations. We now know this was a Bollywood production, where plagiarism is common practice and copyright means to copy the right (correct) way, not to value intellectual property. When producer/director says "Inspired by real story", people jump to conclusion it is an experience of young BA FA on Indian route. It could be an experience of any FA of any airline on any sector. I am not saying young BA FAs are not caring toward senior citizens. Upper middle class and elite young women in India wouldn't touch feet of elderly. There is a hint in Lucky's LHR-DEL TR. The young AI FA's main intentions may be to enjoy London layover, not to serve pax. On the other hand you may find very caring and service oriented young FAs on domestic AI flight. It all depends on their social status and upbringing.

@Indian I'm not sure why you would make a comment like that. Simple tasks can become difficult with age. Just hope that someone like that FA will be looking after your parents and family when they are flying and is when we get to that age. I know my grandmother has difficulties bending down so I help her with many simple tasks. Nothing to do with third world...

Now the only issue is third world grannies expect BA FAs to help them with socks. Looks like a candidate union grievance. 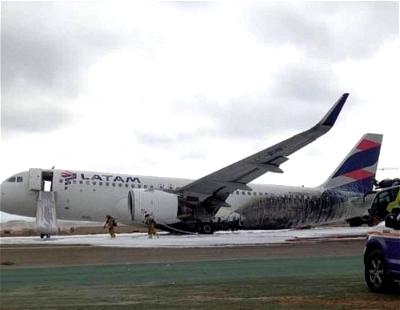