One of the things that I like about living in Miami is that we have some unique airlines that you don’t see at any other US airports. One of those airlines is Boliviana de Aviacion, which operates a combination of 737s and 767s between Miami and Santa Cruz de la Sierra, Bolivia.

The airline has a fleet of four 767-300s, which are an average of over 20 years old. I’ve been wanting to fly one of these because I sort of have a thing for outdated interiors. So I’m not sure whether it’s good news or not (for my purposes), but BoA is planning on refreshing their fleet.

Bolivia’s government will be injecting 17.5 million USD into the national airline to help them replace their long haul fleet, which they use primarily for flights to Miami and Madrid. While BoA is profitable, the company’s CEO notes that this money from the government will help them speed up their fleet renewal.

So, how does the airline plan on refreshing their fleet? Bolivana de Aviacion has entered into an agreement to acquire some A330s from Avianca. It’s being reported that these are still fairly new A330s, as they were built in 2016.

Avianca Brasil just recently went out of business and they had three A330s, which are now stored. While they were delivered to the airline in 2017, I guess you could say they were built in 2016, as that would make the most sense in terms of acquiring planes.

This would represent a massive improvement to BoA’s onboard product. Currently their 767s have way outdated recliner seats, while these Avianca A330s have reverse herringbone seats in business class. 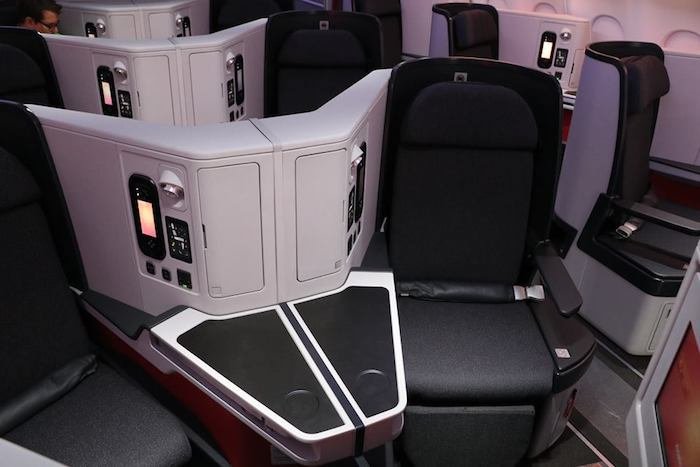 Interestingly this whole announcement comes just days after Bolivia’s president apologized to the country for the quality of the national airline, admitting that there are structural problems. The airline has had at least 10 reported safety incidents so far this year.

Boliviana de Aviacion getting A330s should represent a massive improvement for their passenger experience, and hopefully should also lead to fewer incidents (assuming they maintain these planes). Hopefully the airline actually follows through on this, and it’s not just something that is being alleged days after the president spoke poorly about the airline.

(Tip of the hat to Flight Global)

You said that perhaps getting one of Avianca Brazil's A330-200s would make more sense. Well, I don't think so. Although it belonged to the same owners, Avianca Brazil was managed separately from Avianca Colombia, which also controls other subsidiaries throughout Latin America, but not the defunct Brazilian airline. Avianca Brazil's A330s were all leased and were returned to the lessors, so they are no different from any other A330s in the leasing market now. Moreover, as it usually happens in the nightmarish Brazilian legal system, full of appeals, counterappeals, extremely slow proceedings and conflicting laws applying to bankruptcies, Avianca Brazil's bankruptcy is bound to be a VERY long story and nobody would really want to get involved with that. It has been many years since the former big three Brazilian airlines went bankrupt (Transbrasil in 2001, VASP in 2004 and Varig in 2007), and all three cases still have issues pending at the courts. It was for no other reason that Transbrasil- and VASP-owned planes were impounded, with nobody allowed to sell them or even touch them or maintain them, and left to rot at several Brazilian airports until a judge authorized their sale as scrap. In Avianca Brazil's case, at least we were spared this pain, as the planes were just returned to the lessors and will keep flying elsewhere.

@Icarus: BoA is their official acronym, even present on their livery and logo ... I wonder who was first to pick that acronym, the US based bank or the Bolivian airline? Does anyone have any insignts?

You shouldn’t worry. Take a Xanax and rest assured it’s not like going to a US high school. You’ll be quite safe.