I’m not sure what’s more fascinating here — the route that was operated yesterday, or the plane as such…

Yesterday a Boeing 787-8 with the registration code P4-787 operated a nonstop flight from Seoul Incheon (ICN) to Buenos Aires (EZE). This 12,106 mile flight was operated in a flight time of 20hr19min, which certainly makes this one of the longest 787 flights ever.

The route that Comlux operated nonstop from Seoul to Buenos Aires

Shortly after landing in Buenos Aires, the plane refueled and operated the 40 minute flight to Punta del Este (PDP), so I guess it’s safe to say the plane was really pushing its range.

It goes without saying that this is well beyond the typical published range of the aircraft, but presumably the plane was more or less empty, so it could operate much further than under typical conditions.

The plane that operated this route has the registration code P4-787, and it’s a seven year old Boeing 787 that initially entered service in May 2013. The plane used to fly for Aeromexico, but was put in storage in January 2021, and was taken over by Comlux as of February 2021.

You’ve gotta love the budget-friendly way that this plane has been repainted for now. Comlux has basically maintained Aeromexico’s livery except the name, and I have to say, it looks surprisingly good. 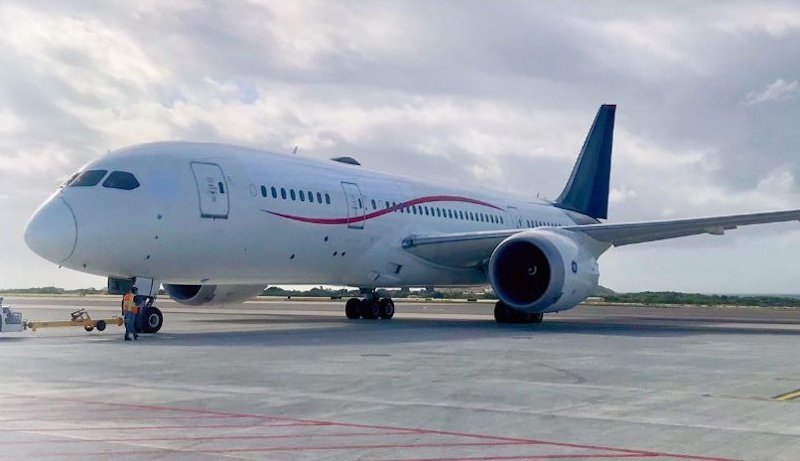 Comlux operates a fleet of VIP aircraft, both for private and charter use. The company is behind several of the most fascinating VIP aircraft out there, like the Crystal Skye Boeing 777-200LR.

That brings me to my first question — does anyone know how this particular 787 is configured as of now? The plane only joined Comlux’s fleet last month: 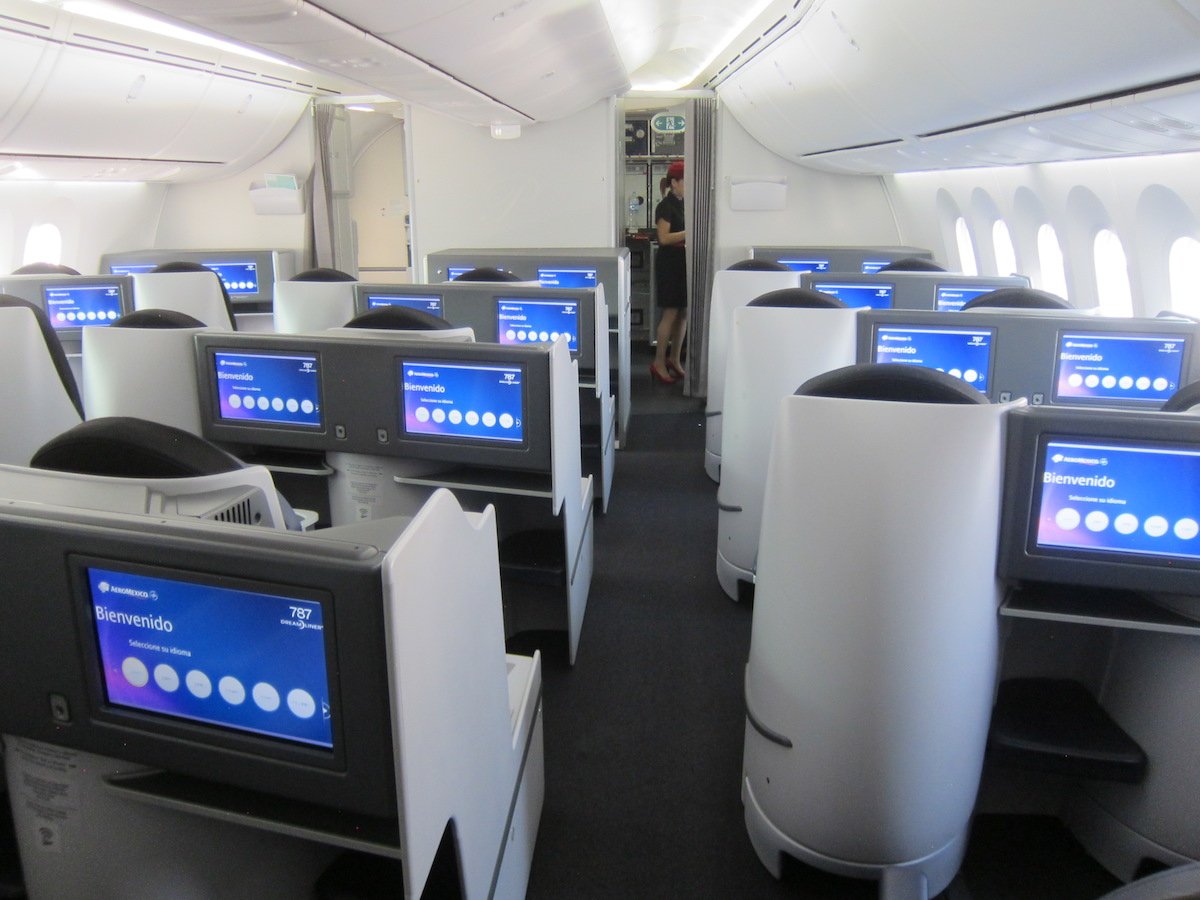 Check out the routes this plane has flown!

I was looking at the flights that this particular plane has operated in the past couple of weeks, and wow, I’m speechless:

Below is a picture of what that looks like on a map.

Does anyone actually know what’s going on here? Is there a single charter customer, was this all separate charters, is there a cargo motive, or what? Usually I’m pretty good at reading between the lines when it comes to flight tracking, but I’m lost here:

I’m sure there’s a totally reasonable explanation, so if anyone has any insights, I’d sure love to hear them. I don’t think I’ve ever seen a single aircraft operate such varied routes over the course of a couple of weeks.

For that matter, could you imagine how fascinating it would be to be crew for this plane? It makes me wonder whether a single crew has been operating all of these flights, or if crews have been rotated in & out.

A former Aeromexico Boeing 787 that now flies for Comlux just operated a 20+ hour, 12,000+ mile nonstop flight from Seoul to Buenos Aires. That might be the least interesting part of this story, though.

In the past two weeks the plane has been everywhere from Muscat to Guam to Auckland to Tahiti to Copenhagen to the Maldives, and I actually have no clue what’s going on.

Can anyone shed some light on what exactly this intriguing Boeing 787 is up to? And does anyone else find this to be as interesting as I do?

Haha, it's apparently opposite: blueskynews.aero/issue-646/Filmmaker-Enrique-Pineyro-uses-his-Dreamliner-to-lead-Ukraine-humanitarian-mission.html &

You are absolutely right apparently. One of multiple stories, partially in my city: blueskynews.aero/issue-646/Filmmaker-Enrique-Pineyro-uses-his-Dreamliner-to-lead-Ukraine-humanitarian-mission.html &

If I'm correct the plane it's involved in humanitarian affairs, check Enrique Piñeyro, and solidaire. Hopefully this shed some light.