Update: The Boeing 737 MAX has been grounded worldwide, pending investigation. Boeing released a software update on May 17, 2019, but it’s unclear what the exact recertification processes will look like.

This morning an Ethiopian Airlines 737 MAX 8 crashed shortly after takeoff from Addis Ababa, while enroute to Nairobi. This is incredibly tragic, as nearly 160 lives were lost.

This has raised a lot of questions, given that this is the second Boeing 737 MAX crash in a matter of months (last October a Lion Air 737 MAX crashed, killing 189 people). The point of this post isn’t to speculate, but rather to answer some of the questions that a lot of people have been asking following this alarming news.

A lot of people have been left wondering if it’s safe to fly the 737 MAX, and have also wondered if Boeing may ground the 737 MAX following this incident.

As much as I’ve seen every episode of “Air Crash Investigation,” I’m not a commercial pilot, and I’m not an aircraft investigator. So my commentary is simply limited to the facts of what happened, and answering some of the most common questions I’ve seen.

The Boeing 737 is the most popular commercial plane in the sky, and over 10,000 of them have been produced. Over time aircraft technology evolves, and the 737 MAX is also supposed to be the most advanced.

The 737 MAX entered commercial service in 2017. So far there are about 350 of them flying for various airlines, with over 5,000 additional 737 MAX aircraft on order.

What makes this plane better than past versions is that it’s more fuel efficient. That means the plane has lower fuel burn and can operate longer flights than previous versions of the plane. On the surface this is a win-win, since it allows airlines to operate flights are longer and less expensive.

When you’re booking a 737, you should see that it mentions the word “MAX” somewhere on the booking page. Alternatively, if you see an “M” in the aircraft code, chances are that the flight is operated by a 737 MAX.

If you’re at an airport and are trying to spot the 737 MAX, the easiest way to tell it apart from other planes is by looking at the engines. Notice how the back of the engines has a “zig-zag” pattern. That’s something you’ll only notice on the 737 MAX, and not on other 737 variants (the 787 and 747-8 have similar style engines).

You’ll notice that the 737 MAX also has the distinctive split winglets. However, note that other 737s are also being retrofitted with these in the meantime. So if the plane doesn’t have these then it’s definitely not a 737 MAX, though the inverse isn’t true.

We’ve now seen two 737 MAX aircraft crash just months apart. While the full investigation hasn’t been completed on the first accident, and the investigation on today’s accident is just started and will likely take months (if not years), what we know is that in both cases the planes crashed on the climb out and had unstable vertical speed (suggesting that the pilots lost control of the aircraft). The focus of the investigation is figuring out why that happened.

Note that after the first 737 MAX crash, Boeing issued an update to their pilot procedure for the plane.

Rather alarmingly, Boeing made changes to the flight control system of the 737 MAX, where the plane automatically pushes the nose of the aircraft down when a sensor indicates that the plane is nearing a stall. This is different than the system on previous 737s, and many pilots said they were left in the dark with this (including American and Southwest pilots, as those airlines also fly these planes).

As the head of Southwest’s pilot union explained a few months ago, pilots were “kept in the dark” regarding this:

“We do not like the fact that a new system was put on the aircraft and wasn’t disclosed to anyone or put in the manuals.

Is there anything else on the MAX Boeing has not told the operators? If there is, we need to be informed.”

I don’t think anyone can definitively answer that question. There are lots of questions that everyone is asking (including investigators):

However, at this point I don’t think anyone can say with 100% certainty that there’s nothing at all wrong with the design and/or pilot training on the 737 MAX in comparison to other planes. In other words, I’d be surprised if anyone could claim that there’s not a possibility that another 737 MAX could have a similar accident (after all, it has happened twice now).

One of the reasons aviation is so safe is because airlines and authorities learn from every single incident. We now have one of the most modern planes in the world having had two accidents months apart, and there’s no doubt lessons haven’t fully been learned yet, since the investigations aren’t yet complete.

Is that sufficient reason to ground the fleet? We’ll see.

Are airlines letting you rebook if you’re on a 737 MAX?

If you’re extremely uncomfortable about flying the 737 MAX, I don’t think it’s unreasonable to call the airline and ask to be rebooked on another flight. Even without an official waiver, this seems like a situation in which a supervisor could make an accommodation.

Until there’s more information, I wouldn’t consider it paranoia to be concerned about flying the plane.

Would I be willing to fly a 737 MAX at this point? Yes, probably. That’s simply because I think even the least safe way of flying is safer than other forms of transportation. It’s also why I don’t choose airlines based on their safety records.

That being said, would I feel as comfortable on it as other planes? No, probably not, because we’ve had two major incidents and don’t have a full sense of what happened.

It will be interesting to see if travel waivers are issued, or if airlines ground these planes.

Commercial aviation is incredibly safe, and that’s because the aviation community learns from every single accident. A horrible accident happened today, and that’s heartbreaking.

With another 737 MAX having crashed just months prior, hopefully Boeing and the relevant authorities can quickly complete an investigation and figure out if something is fundamentally wrong with the plane and/or pilot training, or if this is largely a very bad coincidence.

It will be interesting to see if in the meantime these planes are grounded.

Would you feel comfortable flying a 737 MAX at this point?

Whatever happened to “Pilot In Command”? The Pilot and Co-pilot must be the final authority in decision making when it comes to being in control of any Aircraft, regardless of what computers are indicating or telling the Pilot. If anyone cares to remembers the L1011 had accidents and incidences related to faulty inputs for stall warning system that was a poorly designed engineering nightmare. Simplicity in design is still the best system for critical data. There should be instruments onboard to the “Pilots in Command” to evaluate if those indications are actually providing false or valuable information to maintain control of the aircraft. Stall warning does not actually mean the aircraft is stalling. It is there for information only. The pilot in command must analyze and be trained to adapt to evolving conditions to assure the pilot is still in command of the aircraft. Has the FAA lost its mission of “Safety of Flight” or its attention to “Flight Safety”? Did the737 max 8 have to crash? “Cockpit Requirements For Safety of Flight”, are they missing from the cockpit? In the interest of “Flight Safety” and with more and more dependence on computers and what the industry calls the new concept of the “Glass Cockpit” does the FAA “Federal Aviation Administration”, or CAA “civil Aviation Authority”, ICAO “International Civil Aviation Organization” still require “Mechanical Standby Backup Instruments” in the Cockpit of all civilian and Commercial Aircraft as a function of “Flight Safety” in the event of Electrical failure? Basic mechanical flight instruments use to be required on all Aircraft. A standby backup mechanical artificial horizon, a mechanical turn and bank indicator, a mechanical compass, and through a pitot static system an airspeed and altitude indicator were once a standard backup system required by the FAA. Pilots need to know several things to maintain control over their aircraft, air speed, pitch attitude, roll attitude and yaw attitude, and altitude. Take any one of these inputs away from the pilot and you are flirting with disaster. Cut the pilot out of the loop by employing computers and you end up with disaster. Stall warning systems have resulted in several accidents because the pilot in command did not pay attention to the basics of flight, thrust, weight, lift, and drag. That was the reason for the “Backup Standby instruments” in the first place. Traditionally the Pitot Static system has been the mechanical system to physically connect the outside environment to the pilot in order to maintain control of the aircraft providing airspeed, vertical speed, and altitude. While a mechanical turn and bank indicators have always been a standard mechanical system that rely on physics to indicate how the aircraft is responding to the environment of the atmosphere and the mechanical compass to also respond to the environment to the position in the physical world. These are all basic very simple, very reliable, mechanical instruments that have been a part of aviation since its beginning. The Standby Artificial Horizon is the only instrument that requires either air pressure or Battery power to drive the gyro to erect to provide reference information to the horizon. If these, “Safety of Flight”, standby backup systems have been removed from the cockpit then we will continue to have fatal crashes.

Sue Boeing in a class-action suit for $500 Billion dollars for putting out an unsafe plane that killed 337 people in both crashes. Distribute the money to the relatives of the people that were killed. 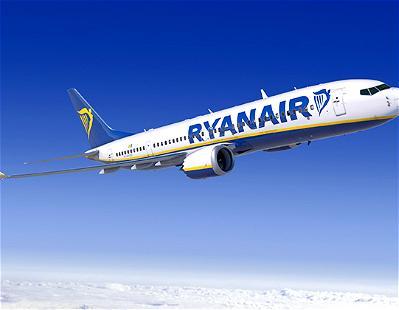