As an aviation geek, I thought it would be interesting to discuss perception of airline safety. I’ll share how I feel, and then I’d love to hear what OMAAT readers think. Why do I bring this up?

I’ll share my thoughts, noting that my perspective on this has evolved over the years.

I used to be terrified of flying

Before I get too deep into this, let me note that while I’ve been in love with airplanes since a young age, there was a period where I was terrified of flying. Every time we took off my palms would get sweaty and I’d take deep breaths. I’d think about all of the things that could possibly go wrong.

What if there’s an explosive in the cargo hold? What if one of the pilots is suicidal? What if some maintenance wasn’t done correctly, and that last screw holding a piece of the plane together finally comes loose? It’s easy to think about these things given the lack of control we have when flying.

In my case, my fear of flying started after an awful Royal Jordanian flight in 2013 where I thought I was going to die. I’ve flown millions and millions of miles, and to this day that’s the only flight where I actually thought we were in danger (I’ll never know if we really were). It took me over six months before I was even remotely over my fear of flying.

I mention this because I don’t want to dismiss the fear of flying that some people have. I’ve been there, so I can relate to it, even if it is an irrational fear.

I think about all the things that could go wrong

Further to the above point, I’m not over my fear of flying because I’ve taken an “ignorance is bliss” approach, and just don’t think about things. Quite to the contrary, as an avgeek I notice just about everything when flying, good and bad.

I’ll take it a step further — whenever I fly a new airline or to a new airport, I look up the “accidents & incidents” page for the airport or airline, because I find it interesting.

On the surface I also have concerns about the practices at some airlines based on firsthand reports I’ve heard from pilots and other employees there, as well as the safety records that airlines have. I don’t want to name and shame here, but just to give a few examples:

I think most people would agree that these are all pretty legitimate, mainstream concerns. Never mind the reports in some countries of pilots flying with fake licenses, or that at some airlines hiring and promotions are based at least partly on who you know.

So while I think some airlines don’t use “best practices,” the industry overall is an incredible place when it comes to safety. The statistics show that you’re just about as safe in the air as on the ground, even if I’m (frankly) shocked that more things don’t happen. I continue to believe that flying is an absolute miracle.

Why I’m not worried about airline safety

Having said all of the above, I’d fly just about any airline in the world without hesitation. Why don’t I care about airlines’ safety records? Because to me it seems silly to try and make judgment calls between airlines. When you look at the statistics, even the less safe airlines in the world are safer than so many other activities we engage in on a day-to-day basis,

When I get in an Uber or Lyft, I don’t do in-depth research as to the safety ratings or the car types that various drivers are in, even though that would arguably be more rational.

When I fly I simply hope for the best, and put my life in the hands of the pilots, mechanics, and whatever higher power, because anything else would just be silly, in my opinion. If I do die on a plane, then I just had really bad luck, and so be it — I died doing what I love (not to be grim here, but it is how I feel).

But if I actually wanted to overanalyze the safety record of every airline, I’d be left with very few airlines to fly.

That’s not to say that I won’t keep looking at safety records as I choose airlines (simply because it interests me), but they won’t change what I book. Though I will say that when I flew TAAG Angola a few years back, I couldn’t help but shriek a bit at the fact that the airline had to “write off” a third of its Boeing 737-200s. Ouch.

At least that’s how I’m feeling as of now. Who knows, maybe if I have another Royal Jordanian-esque experience my opinion will change again.

Why airline safety rankings are useless

Personally I find the whole concept of these kinds of lists to be strange. How do you really rank safety among airlines that haven’t had a fatal accident in well over a decade? And I don’t want to say too much, but claiming that Emirates is the world’s safest airline is a real head-scratcher…

My point is simply to say that I wouldn’t put too much weight in these rankings, or make any decisions based on this. In other words, your takeaway shouldn’t be “well I guess I should fly JetBlue over American, because it’s a much safer airline.”

Aviation is incredibly safe, and that’s a testament to the industry overall. Understandably many people are still scared of flying, because being hurled through the sky in a metal tube at 500 miles per hour without any control is kind of a miracle, if you ask me.

While I constantly consider risks when flying, that’s largely just because I’m interested in aviation. At the end of the day I’ll gladly fly with any airline, though. Even less safe airlines are significantly safer than most other forms of transportation.

And even for those who are more cautious shouldn’t be concerned when flying a vast majority of airlines. Whether it’s American, or Qantas, or Lufthansa, or Cathay Pacific, these airlines all have top notch safety records.

I’m curious how OMAAT readers feel about airline safety — is it something you think about, and does it factor into the airlines you choose to fly?

If you explained the rankings and the methodology analyzing airlines' safety ratings, most people wouldn't understand anyway. Certainly Ben's "Is this airline safe?" friend wouldn't. Personally I love watching "Air Crash Investigation" (seen every episode) and it only makes me more comfortable flying, not less so. Don't expect "average" people to engage in rational risk analysis. If they were capable of that, cosmetic and cleaning product marketing would die.

Well, certainly can't agree here. Plenty of airlines (and even some aircraft) on my NO FLY list, and all of them deservedly so. Not really missing out on anything, as most of them are remote to my location/needs anyway. I'm also not setting foot on anyone's 737MAX until it's had a few more years to prove itself.

Most of those “world’s safest airline” articles and ratings are driven by a site named AirlineRatings which despite the impressive and authority-sounding name is a one-man blog from Perth Australia where the blogger is an aviation writer and “expert” who has a track record of naming airlines like Qatar, Air New Zealand and Qantas as the “world’ a best airlines” in other ratings in exchange for them advertising on his blog or in the case of Qantas gifting him complimentary membership to Qantas’ Chairman’s Lounge VIP tier. This is all very well established in Aussie aviation circles! 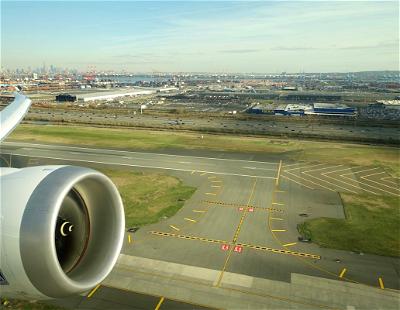 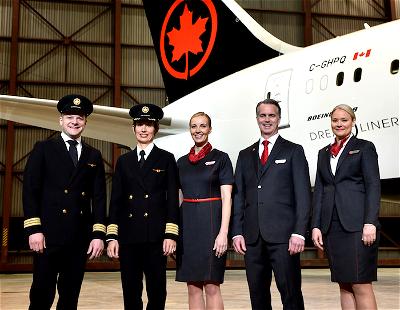