With the recent news of American’s new credit card agreement with both Barclaycard and Citi, I figured I’d write a follow-up post on that, as I have some further thoughts.

Why American would be added as a Citi ThankYou transfer partner

The “big three” US carriers all seem to follow one another. The three major transferrable points currencies are Amex Membership Rewards, Chase Ultimate Rewards, and Citi ThankYou.

Why do I think this hasn’t happened up until now?

This is a bit of a surprising resolution, given that it means American will be the only one of the “big three” US carriers to not have an exclusive credit card agreement. That means that neither issuer was willing to pay the price American wanted for exclusivity.

As View from the Wing pointed out, per American’s 8K filing, they’ll see huge gains as a result of this:

Those are increases of $550-800 million per year over the next couple of years — wow!

What does this mean for Citi ThankYou & American?

So, as it pertains of AAdvantage being added as a ThankYou points transfer partner, what can we make of the recent announcement of American striking a deal with both Citi and Barclaycard?

However, I actually think this increases the odds of AAdvantage being added as a ThankYou transfer partner. Why? 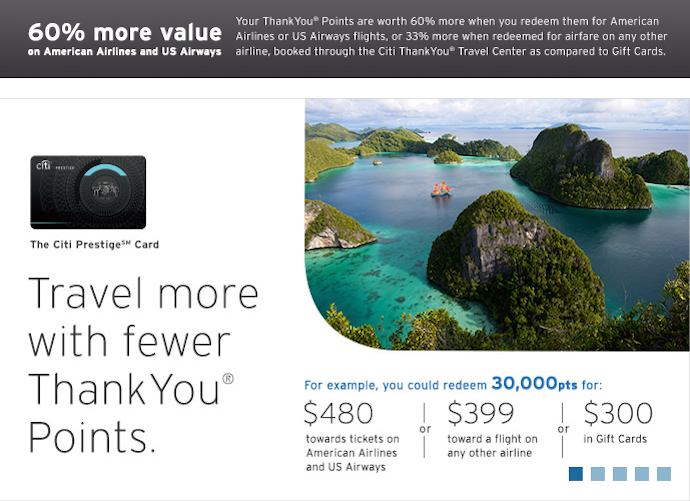 American’s recent credit card negotiations could also explain why we haven’t seen anything on this front yet. If the points do transfer, presumably they were part of these negotiations.

American’s recent credit card deal suggests to me they’re doing everything they can to monetize the AAdvantage program (as they should). Now that American has devalued their miles and is issuing fewer miles through travel, I imagine Citi and American could come to a mutually beneficial deal on a points transfer option. The huge gains American is expecting to see from this new credit card agreement point in that direction as well.

Citi ThankYou points can already be redeemed for 1.33-1.6 cents each towards the cost of travel on American, so I imagine Citi could pay even less through a transfer option.

Again, this is all speculation on my part, so I’m just sharing my take, given that I’ve been asked this question several times over the past few days.

In light of the recent credit card announcement, do you think AAdvantage will be added as a Citi ThankYou transfer partner?

It took 5 years to make this happen

Anyone else notice the big change?