American Airlines management has notified the Association of Professional Flight Attendants (APFA) of plans to change staffing levels on specific aircraft and routes, beginning in October.

This applies to certain aircraft operating premium and international long haul routes (in other words, when these flights operate most domestic routes, they already have reduced staffing).

The timing of these staffing cuts coincides with American Airlines furloughing 8,100 flight attendants as of October 1, as the airline plans to reduce its headcount by a total of around 40,000 people.

What changes should we expect to flight attendant staffing levels?

There aren’t staffing changes to other narrow body aircraft, and that’s simply because they’re already staffed at FAA minimums, which requires one flight attendant per 50 seats on the aircraft (in other words, since a 737-800 has between 150 and 200 seats, it needs four flight attendants). 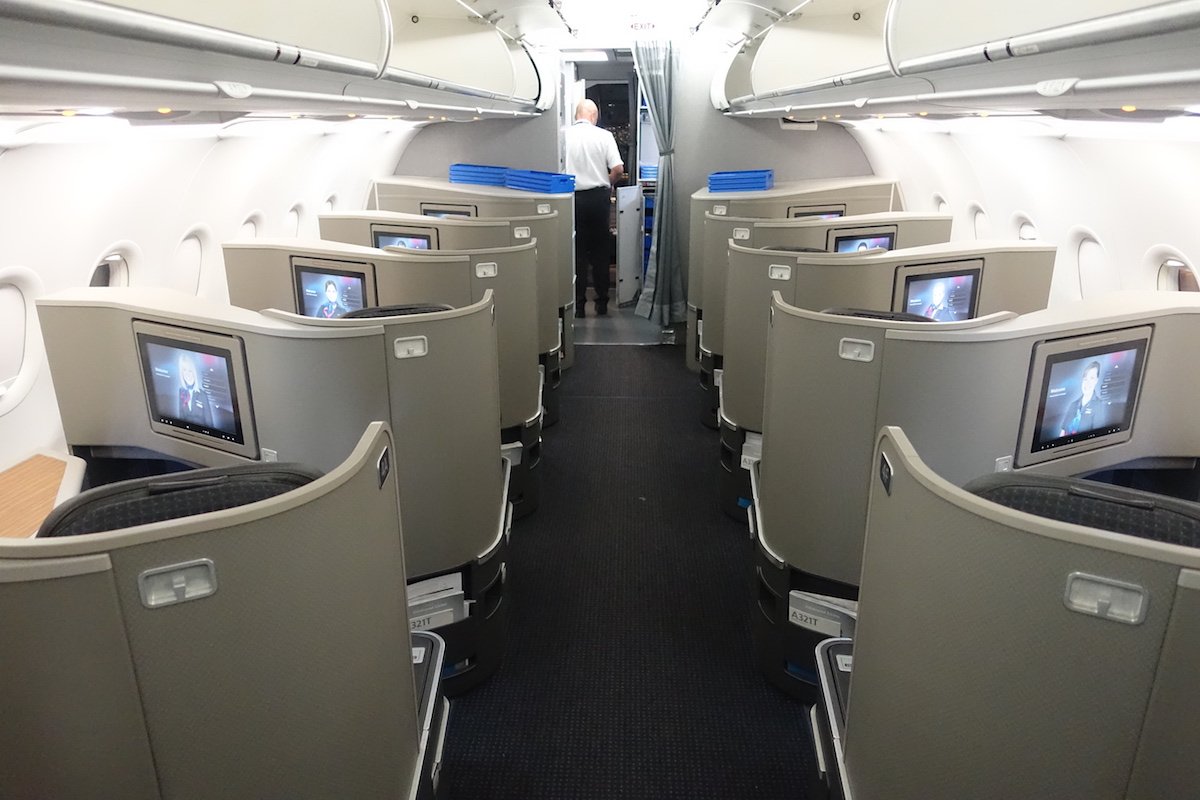 Staffing is being reduced on American’s A321Ts

The union isn’t happy about these changes

The APFA disagrees with proposed staffing changes, claiming it assigns an unreasonable workload to flight attendants. The union says it wasn’t consulted with these changes, and thinks it’s very unfair for this to be done during challenging times. As a result, the union will be filing a Presidential Staffing Grievance.

American Airlines management, meanwhile, claims that these changes are critical for a return towards profitability for the company. 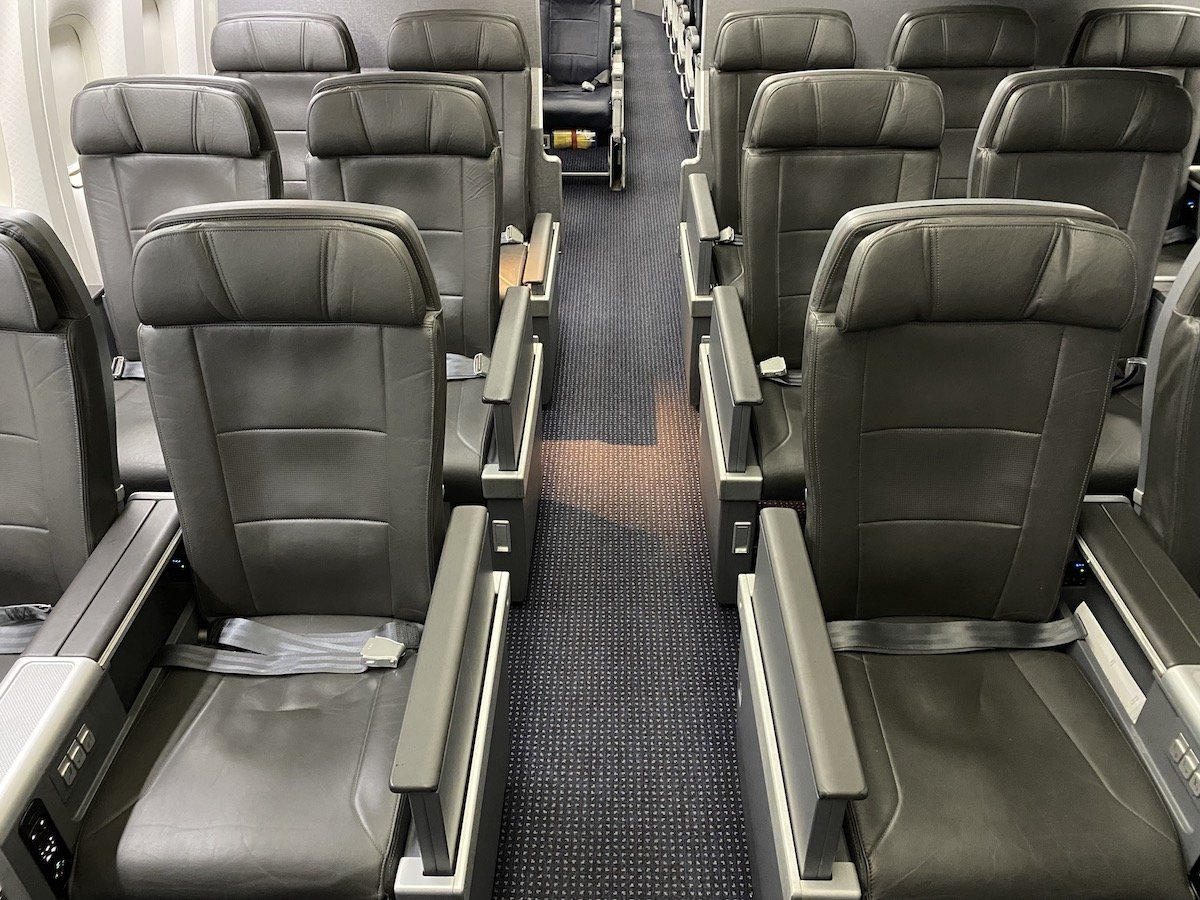 The union claims this creates an unreasonable workload for flight attendants

Are these staffing changes unreasonable?

That being said, I simply don’t buy the argument that this in any way creates an “unreasonable workload” for flight attendants: 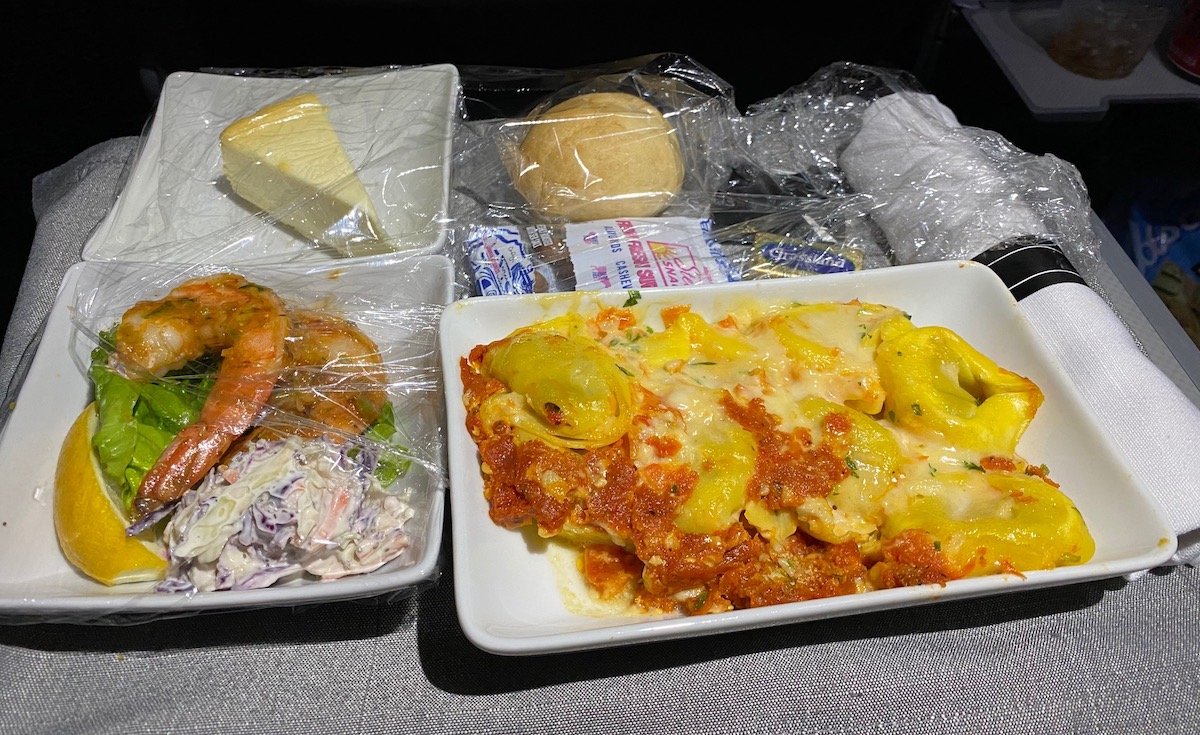 American is serving premium meals on a single tray

Heck, on the long haul flights I’ve taken since the pandemic started, the only workload issue I’ve heard flight attendants complaining about is that they didn’t have enough to do.

While that won’t always be the case, it is the case more often than not right now. For example, looking at American’s flights to London for today, the seatmaps suggest the following number of business class seats are taken (seatmaps are never a 100% accurate indicator of loads, but they do give you a general sense):

Now, of course I think it’s worth acknowledging the concern that this cut is being made now, and when demand recovers and more inflight service is added, flight attendant staffing won’t be returned to previous levels. That could be a problem long-term, but I also think we’re a long ways off from that being something that needs to be addressed.

American is reducing staffing on premium and long haul flights. While I feel bad that this will translate to even less work for flight attendants, the reality is that there simply isn’t a need for more flight attendants right now.

Long haul flights are overwhelmingly empty and onboard service has been reduced, so you simply don’t need as many flight attendants as you used to.

Down the road this could be a problem once demand recovers, should staffing not be restored.

What do you make of American’s reduced flight attendant staffing?

Ascot - you bring up reasonable arguments. Let’s all hope for the best recovery possible in 2022

AR - I think your comments are out of touch with the economic realities of today. The airline industry has been crippled. There is no demand for business travel and the customers that are travelling are doing so on highly discounted fares. This will not recover for spring break in 2021. The offerings in premium cabins both internationally and domestically have been dramatically reduced. Flight attendants have less interactions with customers and meal services are compressed. Any carrier that fails to see this and fails to respond with reduced staffing levels, both on the aircraft and at the airport, deserves to go out of business. No carrier, including and especially AA is in a position to ignore the daily cash drain at their airline. Your union is unrealistic if they expect more than the FAA minimum staffing, which is not just 1 FA per 50 customers, but needs to also consider augmented staffing requirements for long haul flights. You might want to consider your competition. F6 has announced service to Europe in 2021, NK has picked up lots of service to central and south America, as well as Caribbean flying, and AA is competing with lots of other carriers in the domestic market. All lower cost options than AA, DL, UA and even WN.

The fact if that matter is it's a change in working conditions. So sit down and negotiate with the union what ever changes are necessary and in the process agree to "snap back" timeline and conditions. American, for far too many years, was good at taking concessions and then never returning things when conditions changed. They fight it for years and wouldn't budge. I don't think the union would be opposed to negotiating in good faith, something that AA had a bad history of. We also need to look at the new challenges that have reared its ugly head for customer service employees and have to remember that FA's are dealing with these things at 38,000 feet. The number of nasty passengers is increasing daily. 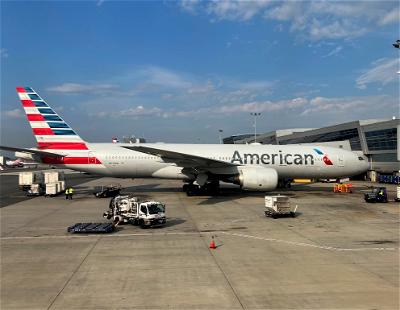