While I loved the resort itself, my favorite part about Amanbagh had to be the area surrounding it. Like I said in the installment about the resort, it’s literally in the middle of nowhere, which really is pretty awesome.

We arrived in the evening and given that we had just completed a long car ride decided to go for a walk outside the resort.

Once you’re outside the gate you realize you’re literally in the middle of nowhere. There’s a huge lake with beautiful mountains surrounding it, though, so it’s quite nice for walking. 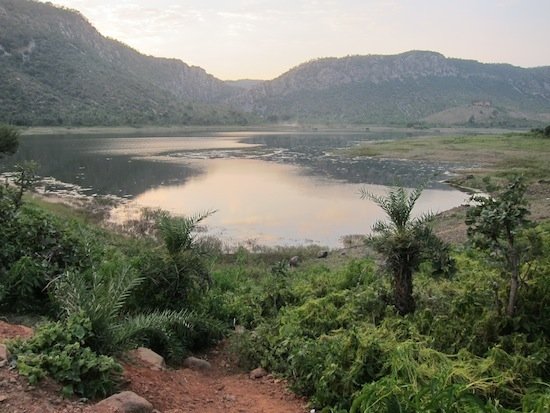 Area around the resort

During our hour-long walk we literally saw one person the entire time (pictured below), and probably about 100 monkeys. 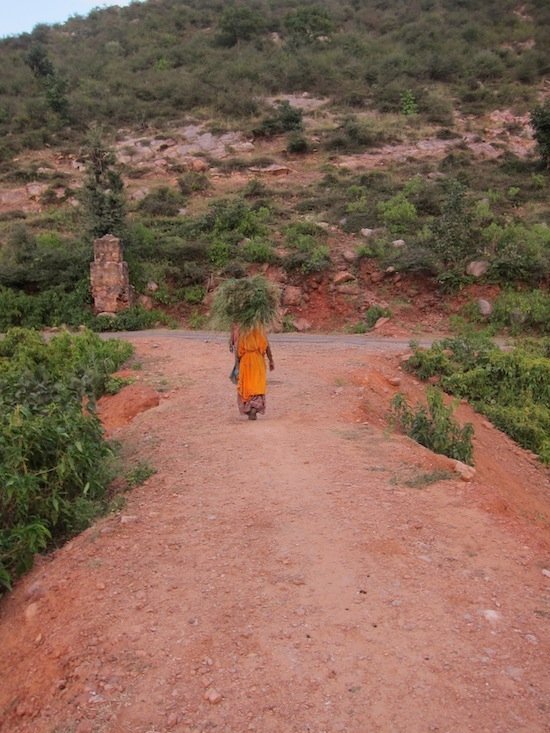 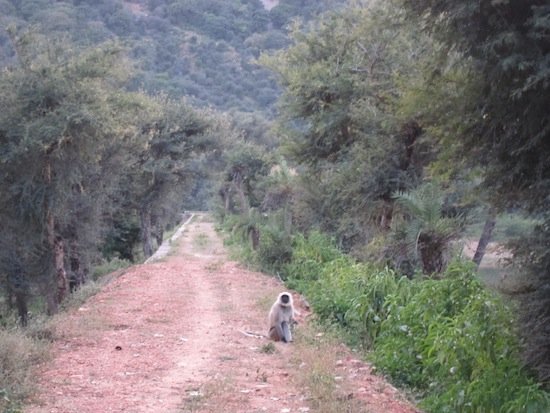 One of the many monkey residents

As we walked we saw a fire out in the distance, which we were later informed was the cremation for one for one of the people that lives in the town that had died.

Since we only had one full day at Amanbagh we did everything we could to maximize it. We were quite appreciative that rather than give us ideas of what to do, the GM basically said “okay, you have one day, here’s what you’re going to do,” and set up all the activities for us.

Our day started with a guided tour of Bhangarh, which are haunted ruins. Our guide was a true local (he had never left the area), though despite that his English was excellent. The ruins are about a 20 minute drive from the resort, and as we drove our guide pointed out all of the sites along the way. 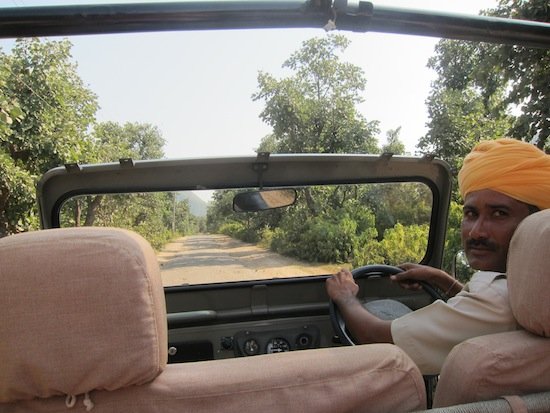 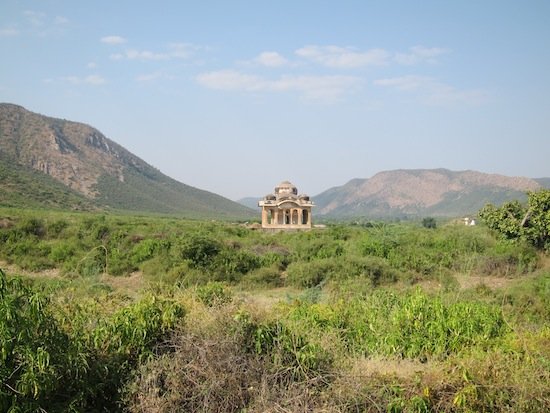 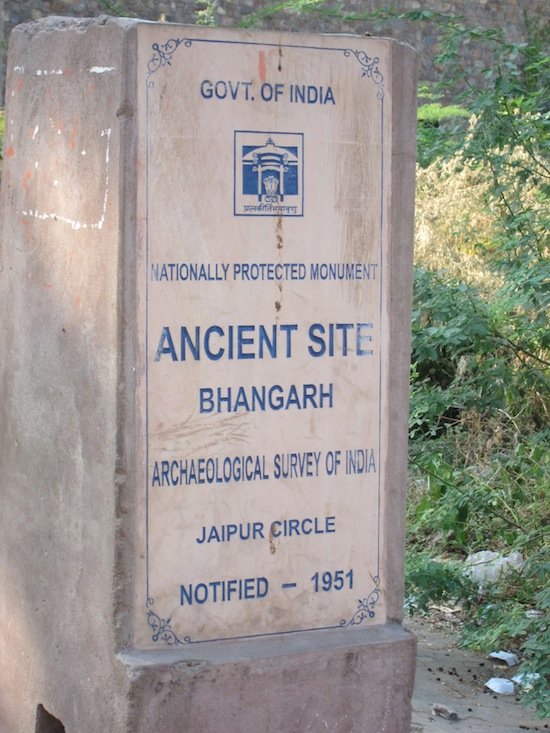 I’m used to going to historical sites that are packed, though what made this place really special was that we were the only ones there. I’m amazed they preserve the area despite virtually no visitors, though he explained they’re trying to get more tourists to the area. Actually, I kind of take that back, since there were lots of visitors, though they were all cows. 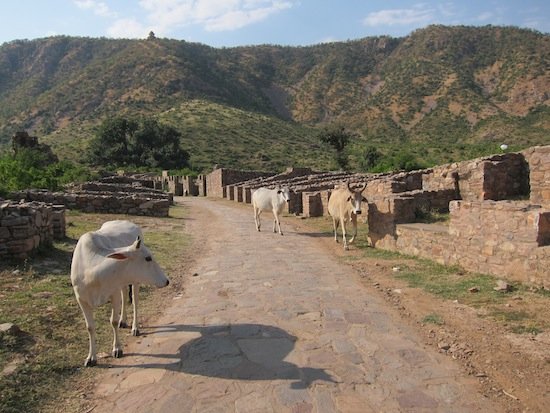 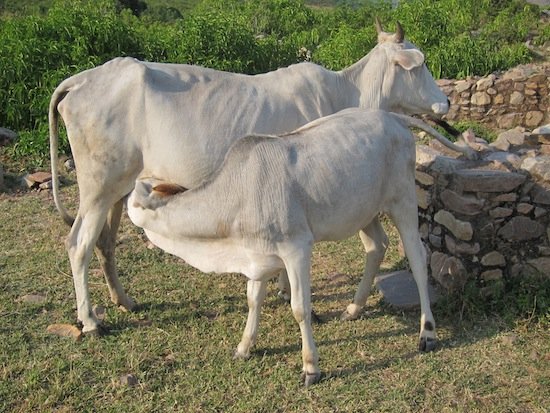 While I’ll spare you guys the full history story (mostly cause I don’t remember it), the town was founded in the late 1500s, and after famine and war has remained uninhabited since the late 1700s. 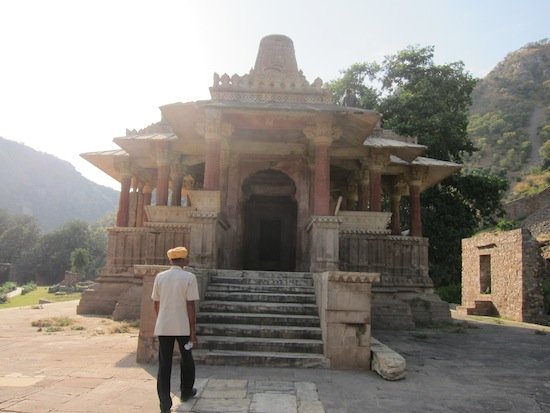 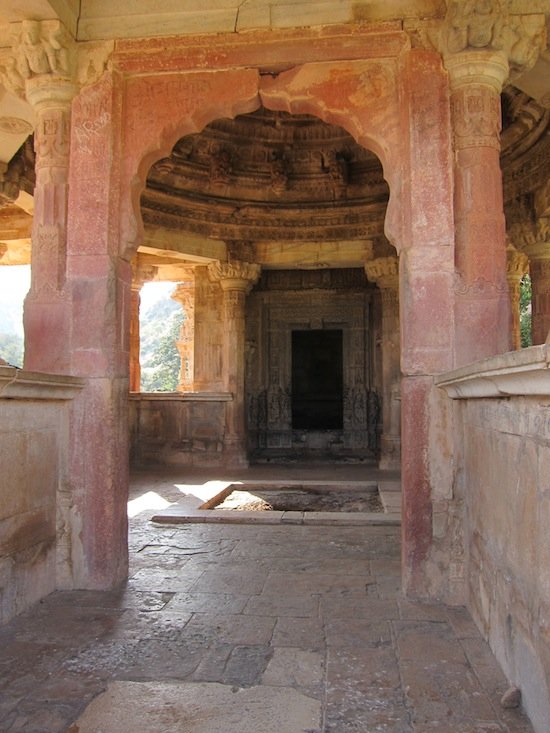 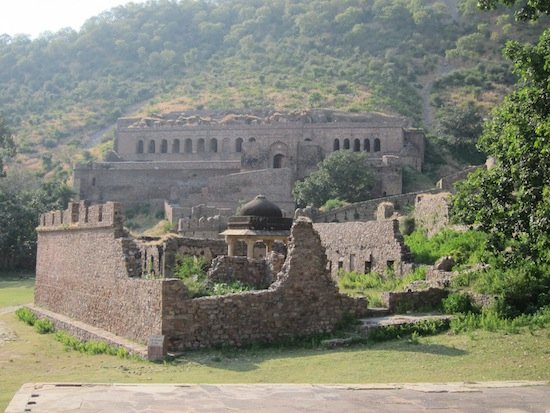 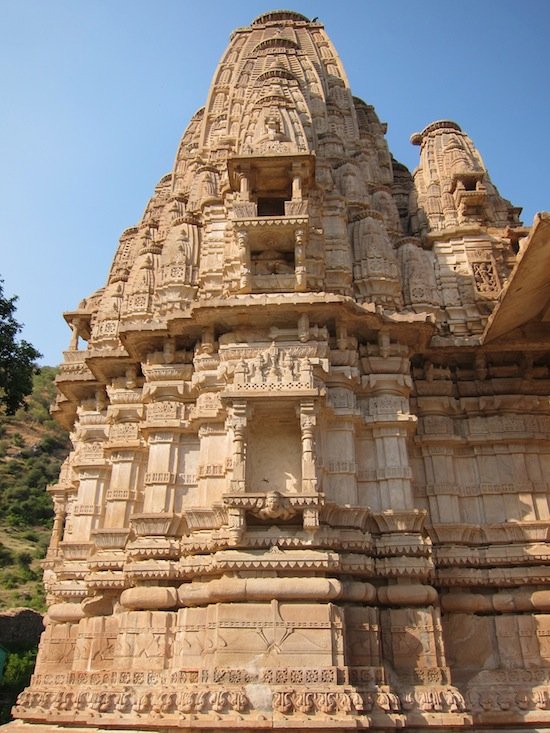 There was a lot of walking involved, so the real treat was when we got to the very top of one of the monuments and had a view of just about the entire region. It was beautiful. 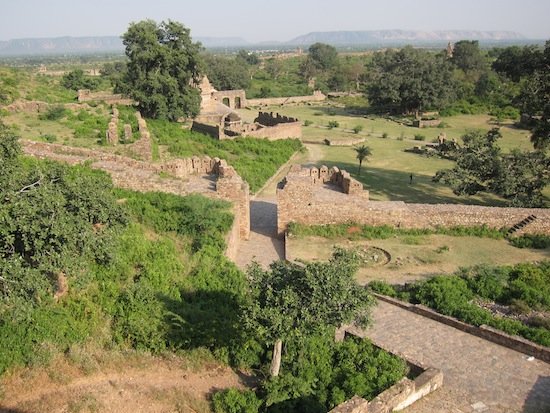 What I enjoyed the most about the tour, though, was how proud the guide was. I really think Aman does an amazing job of integrating the local culture into their resort experiences, and the guide was the perfect example. He had never left the area but has worked for Amanbagh for years now, and the level of pride with which he gave the tour was unlike anything I’ve ever seen. I know people are going to say “well, it’s an expensive hotel, don’t you expect a good tour guide?” Of course, but you can tell the difference between a professional and someone that’s truly proud of what they’re doing and actually enjoys “showcasing” their corner of the world.

That evening we took a camel ride on the resort’s resident camels.

I have two confessions to make. Well, I’ll only make one for now — I’ve never gone on a camel ride before. I’m generally a pretty wussy guy, but despite that I wasn’t afraid at all (not that one should be afraid). However, once I actually got up on the camel I was freaked the %*&^ out. Man, I had no clue how high up those things go. That being said, it was one of the funnest things I’ve ever done, for the 20 minutes or so it lasted. 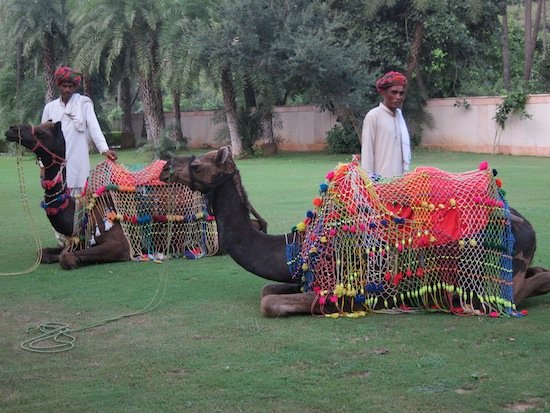 The funniest part about the camel ride had to be how all the locals were laughing at us, from those coming out of their houses to those passing us on high speed camels. 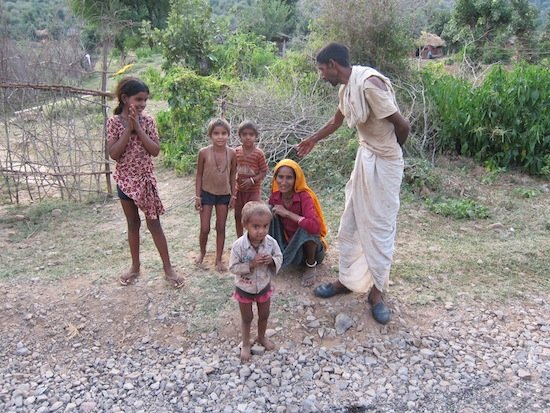 Yes, they laughed at me 😉

The only slightly awkward moment was when our camel ride was over and mine didn’t want to sit down. It took a bit of coaxing, but eventually I made it down. My friend snapped a video of it, though for everyone’s sake I won’t post it. 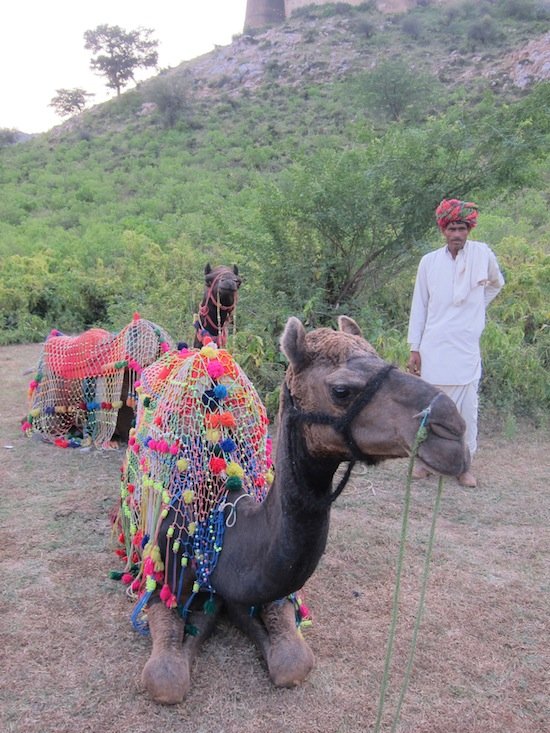 Once off the camels we were picked up by the resort’s jeep and driven to the local town. Whenever we passed kids they would jump on the back of the jeep, no matter how young they were, until our driver told them to get off. It was pretty amazing to drive through town, since just about everyone came out of their homes to wave at us. 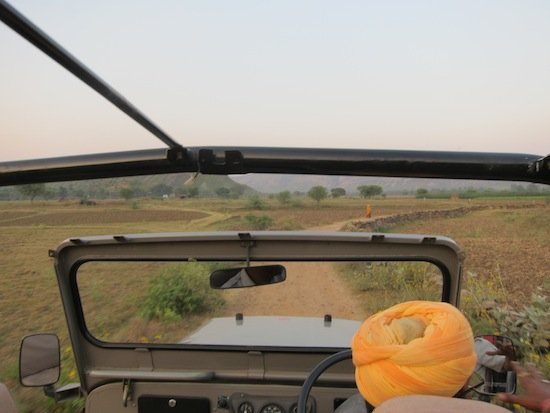 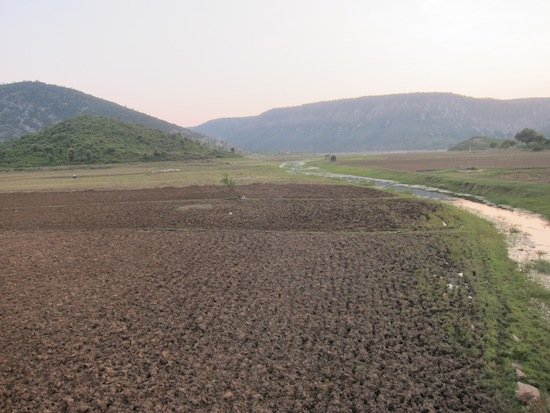 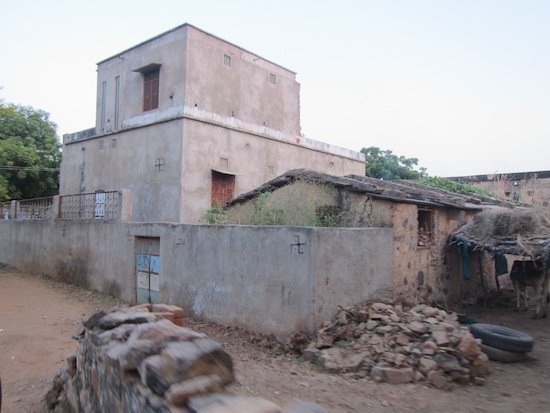 Anyway, that’s a quick rundown of what we did at Amanbagh. If you’re a person that can never “disconnect” I highly recommend Amanbagh, since I don’t think there’s a place I’ve ever felt as relaxed.

@larry Starbucks is now In India So is KFC

@larry there are no Starbucks in India. Though they are trying to get into the market.