11
Share
Tweet
In the interest of full disclosure, OMAAT earns a referral bonus for anyone that’s approved through some of the below links. These are the best publicly available offers (terms apply) that we have found for each product or service. Opinions expressed here are the author's alone, not those of the bank, credit card issuer, airline, hotel chain, or product manufacturer/service provider, and have not been reviewed, approved or otherwise endorsed by any of these entities. Please check out our advertiser policy for further details about our partners, and thanks for your support!

This has been an interesting day when it comes to Alaska Airlines Board Rooms. Earlier we learned that Alaska and Delta are cutting their ties when it comes to lounge reciprocity. This comes a couple of months after Alaska and American strengthened their lounge partnership, allowing full reciprocal access for members of both airlines.

Perhaps the most interesting part of the announcement, though, was that Alaska Board Room members now get access to United Clubs in three cities. That’s not earth-shattering, though does signify an interesting partnership, given that the two airlines have never really cooperated.

Anyway, while the lack of lounge reciprocity is bad news for Alaska flyers, there is some good news when it comes to Alaska’s lounge situation in Seattle.

If you’ve ever visited Alaska’s Board Room in Seattle, you’ll know that it’s constantly crowded. For a “flagship” lounge at the airline’s biggest hub, it’s quite disappointing, even if the employees working there are friendly and the snack selection is good.

For as long as I can remember, Alaska has been talking about opening a second Board Room at SeaTac Airport. I moved to Seattle a bit over three years ago, and at the time they made it sound as if the second Board Room would open any moment.

Via an Alaska press release, it looks like Alaska will finally be opening their second Seattle Board Room in mid-November 2015, located in the North Satellite:

“Our members have been eagerly anticipating the addition of a North Satellite Board Room. We’re pleased to soon be able to offer our members a sanctuary from the hustle and bustle of the day of travel near our North Satellite gates, and expect construction to be complete in time for a mid-November opening,” said Sangita Woerner, Alaska Airlines’ vice president of marketing. “And yes, the new Board Room will feature one of our famous pancake machines.”

Here’s a video Alaska shared of the new SeaTac North Satellite Board Room:

It looks much brighter than the old Board Room, and seems to be one level below the main concourse. Most importantly, it will add much needed capacity. The Board Room in the main terminal was always crowded, though I think this should help a bit. Furthermore, American Express opened a Centurion Studio at SeaTac Airport over the summer, which hopefully is also helping to alleviate crowding in the Board Room. 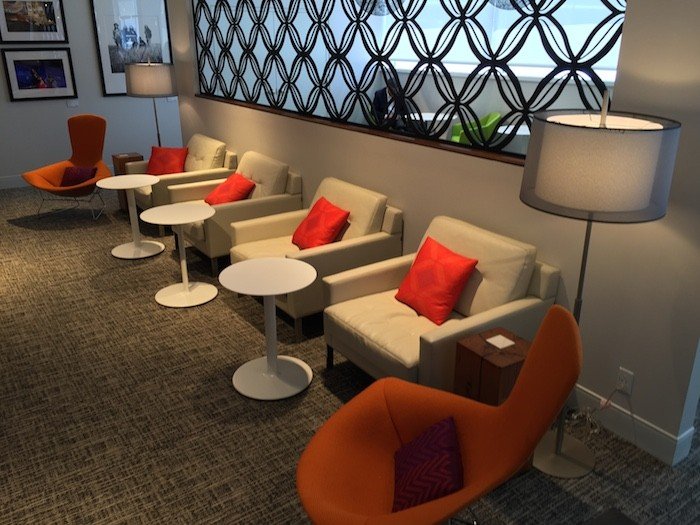 As a reminder, the following people can access Alaska Board Rooms:

This is fantastic news. Over the past few years Alaska has completely taken over the North Satellite, so it was a real pain for passengers connecting on flights in the North Satellite to go to the main terminal to use the Board Room. This will make lounge access in such situations much easier, and more importantly, will hopefully lead to less crowding.

Seattle fliers — are you excited about the new Board Room coming to SeaTac?

It is on the main concourse level. I am amazed at the detail as technically this is a temporary lounge. Or at least that was the original plan. The plan was to build a perm club on the roof like ba and DL in the a concourse

Ben - In the press release you quoted it states that "full-fare first class flyers" are granted access. That would appear to indicate that those on discounted first class fares would not qualify. Just wondering...

@ Jerry r -- Since it sounds as a membership you could, assuming you're flying Alaska or American.

39
What Is The Perfect Premium Flight Length?