At CES 2020, it was revealed that Airbus eventually planned to introduce dimmable windows in its aircraft cabins. This week the European aircraft manufacturer has revealed more details about the plans, and not everyone will be a fan.

During this week’s Airbus Summit 2021, the aircraft manufacturer has revealed that Airbus A350s delivered in 2022 and beyond will feature dimmable windows. This is part of an overall change to the aircraft manufacturer’s signature Airspace cabin design, and it would bring the Airbus A350 in line with the Boeing 787 in this regard, as the latter plane has long (controversially) offered that.

The new window shade technology is designed by Gentex Corporation, which is a supplier of electronically dimmable windows for the aerospace industry. With these latest generation electrochromic windows, passengers will no longer have to manually push the window shade up or down, but rather can adjust their window shade setting by the push of a button.

Gentex states that this new technology will allow passengers to selectively darken the windows while still viewing scenery outside. These dimmers will eliminate the need for window shades, and also incorporate a heat control solution that blocks infra-red energy from entering the cabin from outside, lessening the dependence on air-conditioning systems.

These latest generation windows will feature high-speed transition between clear and dark, and will also offer an ultra-dark low-end transmission. Compared to previous designs, the latest windows will darken twice as fast and become 100 times darker, eliminating 99.999% of visible light.

My issue with Boeing 787 dimmable windows

Many people like the window shades on the 787 and find them to be cool, though personally I strongly dislike them (this is actually one of the reasons I prefer the A350 to the 787):

On the plus side, it seems that the dimmable window technology from Airbus addresses some of my concerns — the dimming will happen much more quickly than on the 787, and at the max setting, the dimming will be much darker.

However, it doesn’t address my biggest concern, which is airline crews trying to dictate window shade settings. Personally I love sitting in a window seat for the view, but unfortunately some airline crews take it upon themselves to “lock” the dimmers at the darkest setting, to make the cabin as dark as possible. While some airlines have told crews to stop doing this, it still happens.

Airbus A350s will be getting new dimmable windows as of 2022, as part of an overall update to the Airspace cabin design.

To any airlines getting this technology, please emphasize that crews shouldn’t be controlling window settings for the entirety of the flight.

What do you make of the Airbus A350 getting dimmable windows?

Just flew last week in J on a KLM 787-9 from SFO-AMS. When we were over Greenland I happened to be awake and a flight attendant came up to me and said we can see the northern lights. However despite that one flight attendant trying to help me, the window shades were locked dark so I had no way of being able to see the northern lights. Huge bummer as I’ve never seen them before but it has been a must see item on my list.

I like the dimmable windows. Flew from LAX to DFW on an AA 787 and was on the sunny side of the plane. I had the setting at the halfway point throughout the flight. It was dim enough that it didn't bother my seat mates, but bright enough that I could still see outside the window. Normally it's just all or nothing with traditional window shades (or I guess having it open halfway?), and the dimmable windows offer a nice alternative. 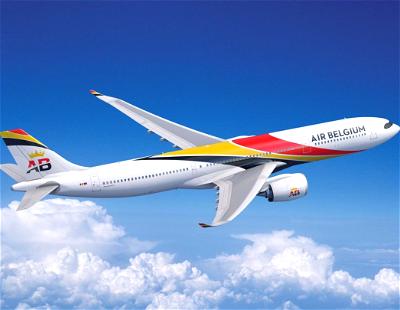