Air France-KLM recently appointed a new CEO, Ben Smith. Ben used to be the President & COO at Air Canada, and he’s one of the brightest guys in the airline industry. I think this appointment was a brilliant decision by the Air France-KLM board. Their old strategy wasn’t working, and it was time they brought in an outsider who can take a fresh look at things, rather than just more of the same.

When Ben was appointed I wrote about why I have so much respect for him and what he has done at Air Canada. I’d say so far he has made incredible progress at Air France-KLM. Air France’s biggest issue for a long time has been labor, and in a few short weeks they’ve reached a labor deal with 76% of their workforce.

That’s extremely impressive, though I’m not surprised Ben was able to accomplish that. I can guarantee he approached this very differently than any of the management team previously did.

Obviously it’s going to take him a while to get fully settled into his role, though there are now some more insights into the changes that are under consideration. Les Echos has a story (in French) that talks about some of the changes are apparently under discussion among the new management team.

What’s potentially on the radar for the new management team?

It’s nice to have a no-nonsense person at the head of Air France-KLM who can take an objective look at the operation and act accordingly. Like I said, none of the above are sure bets. Rather they’re mostly quotes from people at the company sharing what internal discussions have been about.

But most of these things sound logical and like they’re necessary for Air France-KLM to succeed, and I can’t wait to see how all this goes.

What do you make of the possible changes that are being considered at Air France-KLM?

Seems like none of you have ever tried connecting at Heathrow or Frankfurt ... talking about walking a few miles in a hurry !

He needs to work with ADP to improve the connection experience at CDG. AF has a robust network in the Middle East and Africa. If it was easier to connect at CDG *without buses* then the airline would be more attractive. There’s no point in having all the fancy boutiques in the airport terminals when the passengers are just running by to get their connections.

He may do a lot to improve AF but there is little he can do to improve CDG...which is horrible airport, with terrible management and the most unfriendly and incompetent staff. 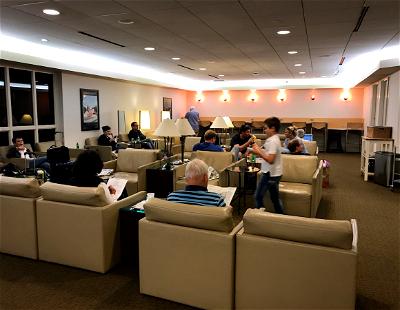