Last week I gave you the rundown of Air Canada’s planned transition to a new Amadeus reservation system, scheduled to occur from 8pm EST on November 18 to some time on November 19. During the outage there would be no booking services available whatsoever; not online, not by phone, not even in person. Of course, Aeroplan reward bookings, which rely on the Air Canada booking system, would also be down during that period.

Well, shocking no one, the transition hasn’t exactly been smooth sailing.

Online and kiosk check-in have been down, at least intermittently. Some passengers have reported that their bookings were lost, while in at least a small number of cases, passengers received itinerary information belonging to other people. Text updates for flights suggested that there might be time travel. Any flights that were cancelled while the system was down, including one from Delhi to Toronto, posed a particular problem, with no mechanism for rebooking frustrated passengers.

Even on Sunday, a full week later, call centre hold times were reported well in excess of an hour, with many customers complaining of dropped calls exacerbating the problem. It generally appeared that the best way to contact the airline was to complain on Twitter, loudly, and hope to receive a DM from the social media team.

When contacted for comment, Air Canada advised that the conversion was completed by mid-day on November 19 and was functioning as expected. Although booking flows had returned to normal, “a relatively small number of cases” were experiencing technical issues and lengthy call wait times, and the airline was working as quickly as possible to resolve these few problems.

None of the above is particularly shocking giving the magnitude of the project at hand – Air Canada’s system was decades old, and technology has advanced just a wee bit since then. The real problem, and one that does not yet seem to be under control, is how the conversion affects Aeroplan’s interaction with Air Canada’s booking system.

Unfortunately, the Air Canada conversion broke that link and the workaround doesn’t seem to be, well, working around.

In theory, Aeroplan accounts were to be paired or mirrored to the new system in some way, so that they could still talk to each other. In practice, based on what our team has been hearing from fliers and clients, in addition to what social media is reporting, only some of these accounts were actually migrated, while others are still pending.

Why is this an issue? If your account isn’t active in the new system, you can’t redeem miles for flights. Period. Customer service agents report that it can take “up to 72 hours” for a profile to be activated so they can ticket from it, but the reason for this is less than clear.

Maybe worse, the system doesn’t show the user anything is wrong until a “Flight Redemption Failure” error pops up late in the booking process, if the account that the system is trying to pull miles from hasn’t yet been activated.

In some cases, which apparently seem to track with redemptions for airlines also operating on Amadeus, the failed itinerary is preserved and simply gets stuck in the ticketing queue until the account is activated. Itineraries on non-Amadeus-using carriers, however, seem to require much more manual handling to be ticketed at all.

As I’m sure you can imagine, Aeroplan call volumes are through the roof, with many social media users complaining that they have tried the line dozens of times over several days, but can’t even be put on hold, let alone have the issue actually addressed.

Technical issues happen, but this bad link problem is likely less an IT error and more a management decision. Air Canada is relaunching Aeroplan in June 2020, which will almost certainly include a new infrastructure for managing the new program.

Spending money on the AC-AP system integration today appears to be a low priority, as the system will likely be obsolete in 7 months. It may be a reasonable business decision, but it’s beyond frustrating for anyone who’s trying to book a reward today.

Again, because we all know technology is a fickle beast, most loyal customers aren’t going to get their knickers in a knot over a conversion issue, if communication around it is clear and it’s evident that all steps are being taken to remedy the problem as quickly as possible.

That hasn’t been the case here, where public notification of the pending outage was late, and the first indication of a redemption problem comes late in the game, and it’s obvious that more resources needed to be dedicated to customer service and call centre troubleshooting.

It’s difficult to escape the impression that Air Canada and Aeroplan gambled on the conversion being smooth as silk rather than spend the money to put adequate contingency plans in place.

For now, I’d recommend holding off on trying to book Aeroplan redemption flights that aren’t urgent and wait for things to calm down and accounts to be more fully migrated and activated.

How has your experience with the Air Canada migration been so far?

What the hell is up with Aeroplan, trying to book a flight in June on SAS, everything is good but i have to call into pay the tax fees within 24 hours the note they sent me said, no problem i thought! It has been 37 hours since i booked and i am on my 5th hour of being on hold, WTF!!!! THEY GOING UNDER OR WHAT?? Anyone have any insight out there before i go nuts???

What Endre says is true. Corporations are trying to low ball costs as much as possible like big brother down south. I work in the IT industry for a major Cdn corporation and they had decided to outsource a major IT infrastructure project to an overseas (India) IT consulting firm. There is a to be a breakdown in "communication" and the quality of work is suffering.

Any idea when the Aeroplan website will be working again? I can log in, but then I get an error page when I try to book a flight or do anything else on the site. I can't even look up flight options to plan a trip. 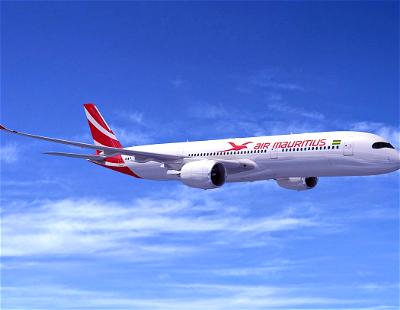