Korean-Canadian actor Sandra Oh is best known for her television dramatic work south of the border, ranging from Killing Eve to Grey’s Anatomy. Her breakout role was in the 2004 movie Sideways, a movie with so much drunk driving in it that just thinking about it makes me anxious, but which I am given to understand other people enjoyed.

At this year’s Golden Globes, Oh managed to both host the show AND win her second Golden Globe, which is quite the accomplishment for one evening, particularly when you throw in that she was the first woman of Asian descent to do either.

In short, she’s a legend in American film and television. But if you have ever doubted Sandra Oh’s Canadian chops, look no further than Air Canada’s new ad.

The piece pokes a little fun at (central) Canadian stereotypes like poutine and Caesars curing all societal ills, bagged milk, and saying “sorry” about everything, but that’s just the comic relief to a central message about respect, friendliness, and hospitality that characterizes how Canadians like to view ourselves.

Oh’s cheerful, engaging persona, and her smooth transitions between English and French, give a lot of life to what might otherwise have been a saccharine piece.

Air Canada’s advertising is usually more stodgy than that of its main competitor, WestJet, an airline that has always incorporated jokes into its safety briefings and for several years has gone viral with April Fools’ Day stunts and splashy holiday giveaway surprises.

This latest ad, while leaning hard into Air Canada’s branding as synonymous with Canadian nationality, is a much more entertaining and light-hearted approach than the airline’s usual fare, and I hope it is more of a trend than a one-off.

What do you think? Does Sandra Oh capture #TravelLikeaCanadian for you?

"...a movie with so much drunk driving in it that just thinking about it makes me anxious..." You DO know it was a movie, right? that no one was *actually* driving while under the influence??? And SERIOUSLY, Peter is right: a great movie and THAT is what you remember?!?!? JFS...

Thanks for posting the video Kate, I enjoyed it 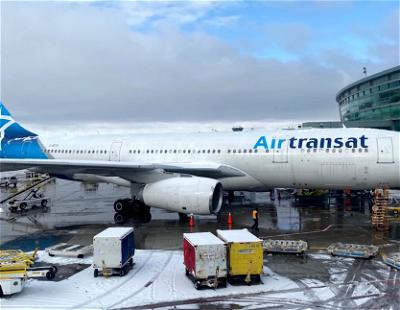