I try to live without regrets, though if there’s one regret I have, it’s that I didn’t have the opportunity to attend Fyre Festival. I might be an introvert, but it just seemed like such a pleasant group of likeminded people, and I can’t help but think I would have had a great time.

And I guess the tie-in makes sense, I do like credit cards, and I sorta feel like the thing missing in my life for so long was Magnises. Think of all of the places I could have gotten into, even while conforming to my 8PM bedtime.

Well, RuPaul always says how there aren’t many second chances out there (except for Miss Vanjie, I guess), so here’s something I most definitely can’t miss. WestJet has today announced the launch of Flyre Festival, the world’s first premium in-flight music festival, which will be on April 1, 2020.

As WestJet’s VP of Marketing Communications describes it:

“Since the dawn of flying, humans have yearned for an immersive music festival at 35,000 feet. WestJet is giving the people what they want, and the experience will be impossible to put into words. If we could put it into words, those words would be, ‘world’s first premium in-flight music festival.'”

Attendance at the Flyre Festival won’t require a private plane, since the festival takes place on one. The price of boarding the plane, emotional support pigs, and immersive music will be included in every ticket package.

WestJet invites those who would like to join in on the excitement to upload the teal square to their social channels with the following caption, “FlyreFestival is cleared for takeoff.” 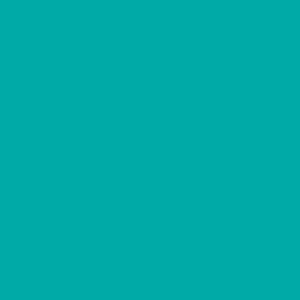 Here’s the promo for the festival:

Since you guys are detail-oriented, I’m curious if anyone can figure out the pretty obvious error in the video?

To be honest, I thought WestJet was over-extending a bit when they ordered 787s, and wondered if they’d really do anything unique with the planes. If there’s one thing missing in the airline industry, it’s unique ideas and companies willing to think outside the box.

With concepts like this, there’s no way WestJet won’t succeed with their 787. Hopefully Evian water comes included, and WestJet pays their taxes on it…

They are actually sitting on foot rests not face to face seats. It was shot in a 787 set so it would appear the little detail you missed was that they weren't seating in seats at all.