A few weeks ago we learned that Air Canada made an offer to acquire Aeroplan, which is their spun off loyalty program. For over a decade Aeroplan has been the frequent flyer program of Air Canada, though in 2020 their contract ends. The termination of the contract has led to a lot of uncertainty for the future of Aeroplan.

At the beginning of the month it was revealed that talks had broken off between the two companies. Initially Air Canada and their financial partners had offered $250 million cash, plus about $2 billion in Aeroplan points liability.

Aimia (the parent company of Aeroplan) allegedly wanted $450 million, though Air Canada was only willing to raise their bid to $325 million.

Well, it seems that Air Canada really wanted Aeroplan, because the companies have reached an agreement in principle.

It has been announced today that Air Canada and their financial partners have reached an agreement in principle to acquire Aeroplan for $450 million plus the roughly $1.9 billion mileage liability.

Air Canada must have really wanted Aeroplan, because they came up to the full asking price. This transaction is still subject to the conclusion of definitive transaction documents, Aimia shareholder approval, and some other conditions.

Here’s what Air Canada’s CEO, Calin Rovinescu, had to say about the deal:

“We are pleased to see that an agreement in principle has been reached as Aeroplan members can continue to earn and redeem with confidence. This transaction, if completed, should produce the best outcome for all stakeholders, including Aeroplan Members, as it would allow for a smooth transition to Air Canada’s new loyalty program launching in 2020, safeguarding their miles and providing convenience and value for millions of Canadians.”

What does this mean for Air Canada flyers & Aeroplan members?

I’ve explained in the past what Air Canada buying Aeroplan would mean for consumers. Whether this is good or bad news depends on what you think Aeroplan’s independent future would have looked like:

Personally I’ve been skeptical about what Aeroplan’s independent future would look like, since it’s tough for a loyalty program without an airline to deliver much value. Sure, they could have added some partnerships (as they’ve been trying to do all along), but chances are that there wouldn’t have been any outsized values with those redemptions.

So personally I’ve been skeptical of Aeroplan’s independent future, and therefore I view this as a net positive, since it means members’ miles are safe. At the same time, Canada already doesn’t have many competitive loyalty programs, and now Air Canada will have even more of a monopoly in the travel space.

Color me surprised by the way this deal is going down. Perhaps what’s most surprising to me about all of this is that Air Canada is paying full price for the Aeroplan acquisition. My gosh, Aimia played their hand very well.

But I do view all of this as a net positive, since it means there’s less uncertainty for members, and those with Aeroplan miles will continue to be able to redeem on Star Alliance airlines.

What do you make of the news of Air Canada acquiring Aeroplan?

@LivinginMSP: being that everybody is expecting a huge devaluation of the Aeroplan under AC control (to lower the inherited liabilities) and overall murkiness on what exactly will AC do with AE (maybe just transfer points into their own?), I would advise United miles. Or maybe Avianca?

Looking for feedback from the group: I am MSP based Delta Platinum (SkyMiles), but was just booked to fly to Brasilia via Air Canada (prem econ) for a speaking engagement. I estimate I'll get about 22k miles RT. I mostly fly domestic and have been nearly exclusive to Delta for the last decade, so no longer have an active Star Alliance account. Do I join Aeroplan, or open a United account?

Right, of course after author provided elementary & inadequate analysis on this a few weeks ago, he finally understands (indirectly based on what his patron Air Canada is saying) the difficulty/cost of replicating a loyalty program and the attendant, difficult-to-change human habits/goodwill built up over decades. Frankly, the only reason Air Canada stole this so cheap was the initial coercive tactics and the failures of Aeroplan's prior management team (selling Nectar for a negative price), which Aimia's market price down to basement levels (regardless of true value, there's a limit to how high a premium over current market trading prices a target can negotiate). Alas, we all can learn something. 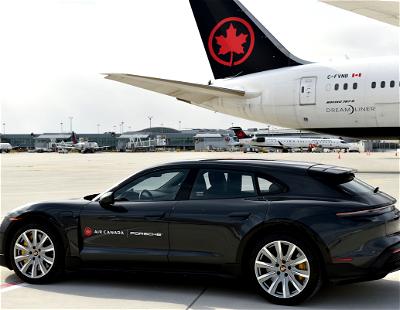 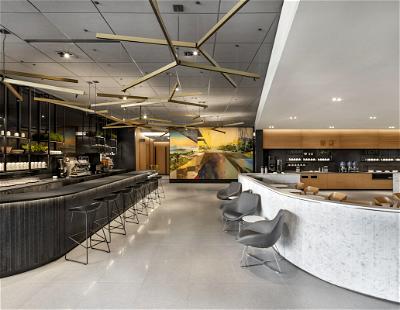