Air Canada will be shortly be taking delivery of their first Boeing 737 Max 8. Rather than just using the plane for domestic and transborder flights, Air Canada announced last week that they’ll also be using it for transatlantic flights, including the following:

While I imagine these planes will still be primarily used for shorter flights, the decision to fly them transatlantic is interesting. This isn’t even Air Canada’s first transatlantic flight on a narrowbody aircraft. The airline also operates a flight from St. John’s to London Heathrow on an A319, though that flight is substantially shorter.

Anyway, up until now we haven’t actually known how Air Canada’s 737 MAX 8 would be configured. I assumed it would have a standard regional configuration, and that does indeed seem to be the case. Air Canada has now revealed the seatmap and specifications for their 737 MAX 8: 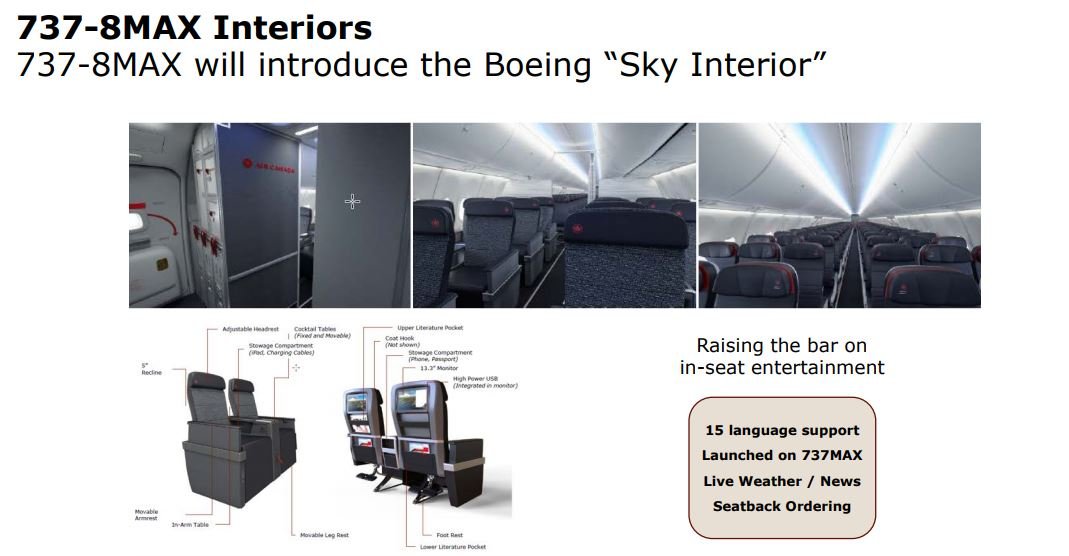 Here’s the seatmap for the new plane:

As a point of comparison, American’s 737 MAX 8 will have a total of 172 seats, so it will have three more seats than Air Canada’s configuration.

Air Canada’s configuration is identical to United’s 737-800s up until the exit row — United also has 16 first class seats, and then nine rows of extra legroom economy seating, including the two exit rows (that’s a lot of preferred seats). However, Air Canada manages to squeeze in an extra three seats in the back behind the exit row, though that seems to be accomplished by putting the bathrooms at the very back, rather than in front of the rear exits. In other words, the galley space will be smaller and cabin will be bigger.

Most of Air Canada’s narrowbody fleet presently has at least 31″ of seat pitch, so this is a downgrade in terms of personal space. However, with seat design changing, airlines are often able to reduce pitch with materially reducing legroom.

While not surprising, Air Canada will sell the forward cabin of these transatlantic flights as business class, even though the seat isn’t really competitive internationally. Pricing seems to be comparable to what you’d pay for a flat bed on a 777 or 787. For example, a roundtrip ticket between Toronto and Shannon will run you ~$2,900. Logically it seems like they should market it as premium economy in terms of the product offering, but I guess they do this because they can get away with it.

Hi all, took AC flight from Montreal to Dublin Ireland on the 737 max 8, had the two first row seats on right hand side of plane going to Dublin, for me at 6 feet legs had little room in the aisle seat, however on the return flight we were on the left hand side of plane and I felt that my aisle seat had a bit more legroom! Have photos but cannot figure how to get them onto this site, the seats for comfort are OK, but I would not "rave" about them though they are more comfy than those sitting in economy. AC for 2019 seems to be using the Airbus 330-300 for Montreal to Dublin flights, not sure how comfy the premium economy will be on that plane depending on their configuration for those flights. Any comments from anyone ?

Just flew on Air Canada's 737 max 8 for the first time between Montreal and Vancouver in economy. I have flown Air Canada's older A320, 777, 787 and CRJ900 and by comparison found myself for the first time having problems with leg room. I am 5'10 and my knees were already touching the seat in front. It seems like economy is really configured with seating of 30" pitch, an economy seat spacing less that that of other Air Canada aircraft. I was traveling in the same row as a passenger seated by the aisle and at around 6' height, he had to angle his legs other into the aisle or into the space of the middle seat passenger. Not the best situation. Considering the flight was about 5 hours in duration and that the same aircraft is used for transatlantic flights I find it hard to understand why Air Canada configured their aircraft in such a manner. Seat comfort isn't the only issue. For passengers in economy it is necessary to access the aft cabin which is normally a zone separated for crew to work in the galley. Instead in this aircraft that space is now subdivided such that the right hand side of the aft cabin is devoted to the galley and the left hand side has access to two lavatories adjoined side by side. In line with the minimalist seating, the lavatories are also space savers featuring inward opening bi-fold doors. It has the same feeling as walking into a closet. To sum up the economy class experience flying the Air Canada 737 max 8 has less personal space and comfort compared to a regional jet that operates on flight durations that demand wide-body aircraft comfort.

My flight is in the first week of September. 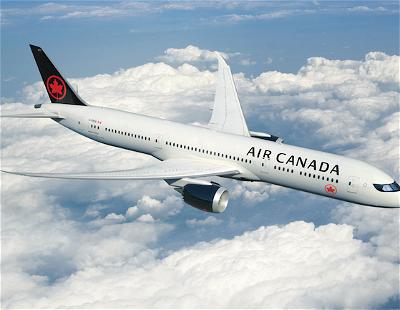