Several weeks ago, WOW Air’s CEO indicated that the airline was planning on announcing flights to Asia in May. The airline has historically offered service between the US and Europe via their hub in Reykjavik, and with this latest expansion they want to add up to 15 destinations in Asia, meaning it could become as big of a market for them as North America. 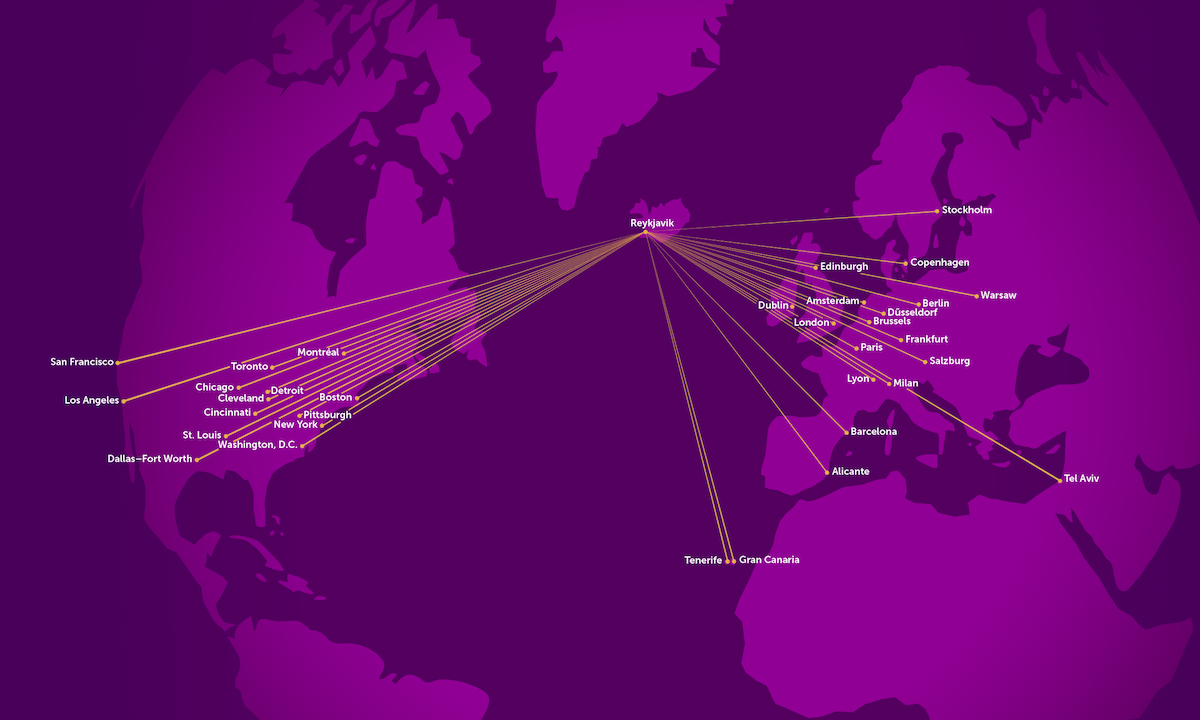 Then last week it became clear that Delhi would be WOW Air’s first city in Asia, based on the fact that they were planning on holding a press conference there.

That flight is now official. WOW Air will launch 3-5x weekly flights between Iceland and Delhi as of December 6, 2018, using A330-900neo aircraft.

On the plus side, the aircraft utilization is pretty good, as the plane is only on the ground in Delhi for a few hours. For some of WOW Air’s other longhaul destinations, they’ve had to keep the plane on the ground for nearly 20 hours, in order to optimize connection opportunities in Iceland.

At ~4,800 miles, this will be WOW Air’s longest route. The flight is blocked at 10hr eastbound and 11hr50min westbound.

I’ve been very curious to see how WOW Air’s fares would be between the US and India, given that they’re competing head-on with the Gulf and European carriers. In general, Indian consumers really like flying with the Gulf carriers, and in particular like the full service experience they offer. Meanwhile WOW Air is an ultra low cost carrier, so I’ve been wondering how they plan on pricing themselves to be able to compete.

WOW Air is offering introductory fares of $199 in each direction between many points in the US and Delhi. So the ticket is $398, though the catch is that this doesn’t include food, drinks, seat assignments, a carry-on, or a checked bag.

I doubt that many people are backpacking between India and the US with just a tiny bag, so for most people booking the “WOW Plus” fare makes the most sense (if paying individually, a carry-on alone would cost $220 for a roundtrip). That has an introductory fare of $630, and that includes a seat assignment, a carry-on, and a checked bag. It still doesn’t include any food or drinks.

This is about how I expected WOW Air to price, though I feel like they’re at the upper end of what they’ll realistically be able to price. Full service airlines are available for under $800 roundtrip, so WOW Air doesn’t have much of a price advantage here. They offer food, drinks, a better connection experience, and typically more spacious cabins with better entertainment.

The added challenge for WOW Air is that they have 350+ seats to fill per flight. This isn’t like some of their other routes with narrowbody Airbus aircraft, which have around 200 seats. Filling 350+ seats is much tougher.

So I’m skeptical. If they stand a chance of making this work, they’ll need to focus on the cities where they can offer one stop service between the US and India but the Gulf carriers can’t (like Cincinnati, Cleveland, Pittsburgh, etc.), and they’ll need to promote the ability to have a stopover.

Do you think WOW Air will be able to succeed in India?

For a Delawarian, both EWR and IAD are inconvenient. (unpredictable traffic requiring to put lot more buffer travel time). Also, ME3 makes the total travel path much longer. Stop in KEF adds hardly any miles and BWI is lot easy to deal with compared to IAD or EWR/JFK. Hope Wow can add BOM (or even extend TLV flight to BOM - plenty of BOM-TLV traffic)

Secondary US cities (STL,PIT,CVG, etc.) will love flying out of home base. Will gladly pay WOW plus fare of 630 (or even couple of hundreds extra as typical STL-DEL or CVG-DEL is almost always more than 900 plus inconvenience of dealing with multiple carriers. Indians have been fine with travelling with carry-on and single check-in for years (Just ask UA) Nice thing about bringing your own food is that one does not have to worry about airline "forgetting" about AVML @lucky: Come on man. You responded to Andy 11235 but ignored R's complaint? Shame on you for allowing and then continue to keep comments by Debit. (better to keep that kind of sewage out)

65
I Can’t Even: WOW Air Relaunching Flights Next Month