Hello from Chicago! I just flew LOT Polish from Warsaw to Chicago, a flight I was initially really excited about. I hadn’t flown the 787 before, and LOT was supposed to be operating it on the Warsaw to Chicago route as of mid-January. Then the whole battery issue happened, and next thing you know I’m on one of LOT’s ancient 767s.

To put that into pictures, here’s the cabin I was expecting: 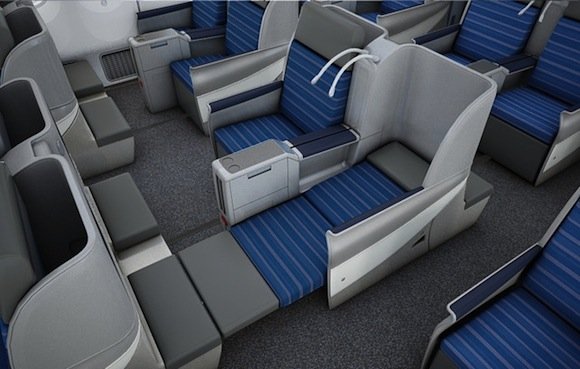 And here’s the one I flew: 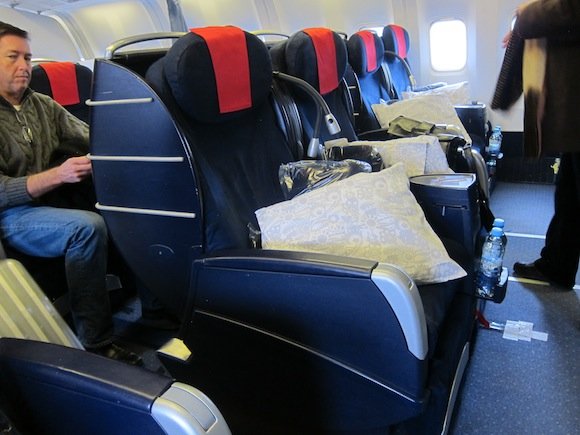 I was still excited about the flight, but for different reasons. I figured there would be some entertainment value in flying LOT’s old business class, and sure enough there was.

To start, boarding was the most chaotic cluster-f$&^ I’ve seen in my life. I didn’t think it was possible to top the boarding experience on a domestic Air China flight, but LOT sure gave them a run for their money. I’m guessing it was a language issue though. In English they announced “we’re now boarding business class,” while I suspect in Polish they announced “the last 10 people to board have to sit on the wing.” 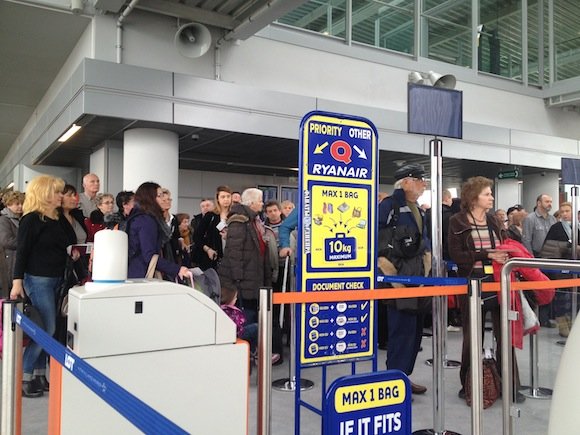 And yes, admittedly the most shocking part of that picture is the Ryanair bag sizer, which has a “priority” boarding sign on it. Priority boarding? On Ryanair?

Onboard… onboard… well, I’ll let the pictures speak for themselves. The cabin was about as modern as my grandma’s 1950s style home, in a small village not too far out of Frankfurt. 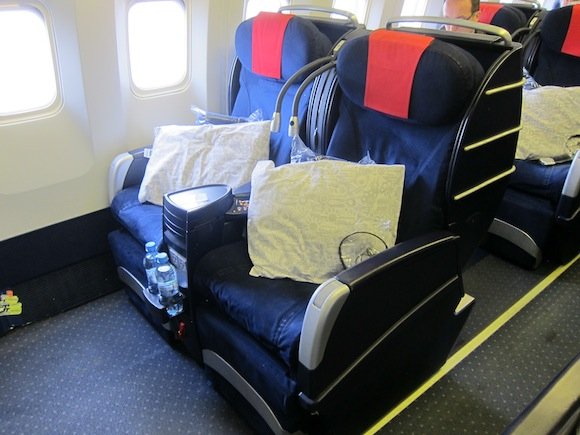 Fortunately I felt very safe thanks to the torn security stickers throughout the cabin, and the reminders to “fasten seat belt while seates.” 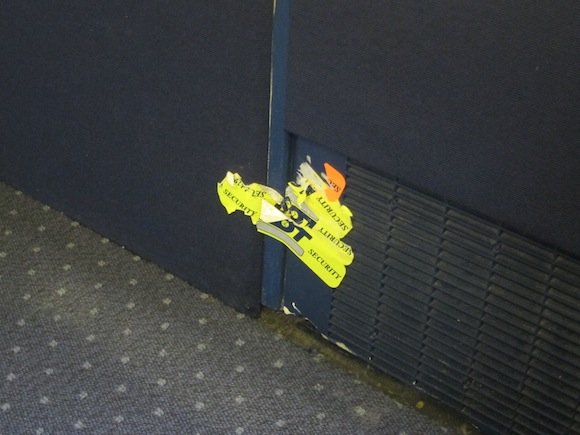 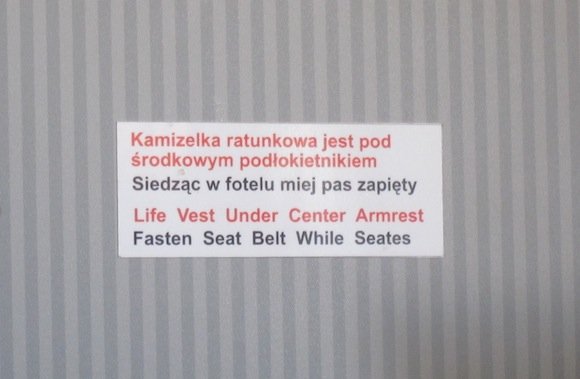 The meal service was quick, and was completed within an hour of takeoff, which I appreciated. Unfortunately it wasn’t because the service was super-efficient, but rather because there wasn’t much to serve.

At least I had the after takeoff nuts to look forward to… 90% of which were actually raisins. 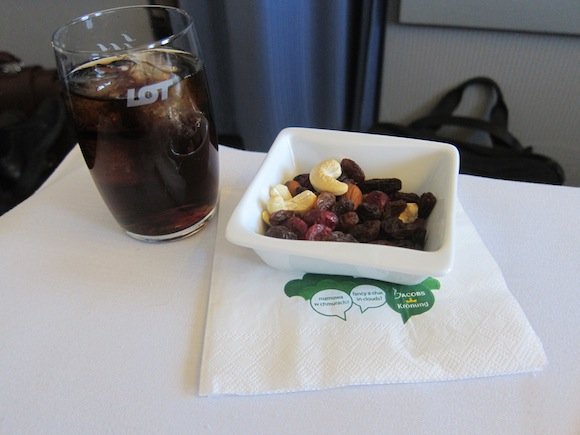 Next was a “crunchy seasonal salad.”  Someone, pray tell, what’s crunchy or seasonal about that salad? Please? On second thought, maybe in Warsaw in winter that is a seasonal salad… 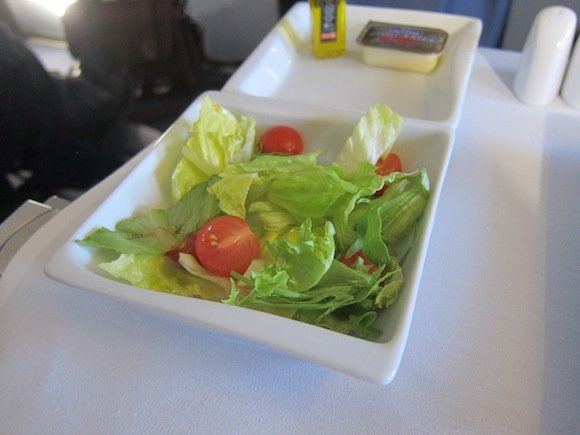 Then came the main course, which tasted like it came out of a Lean Cuisine box, a cheese course that consisted of something I wasn’t actually confident was cheese (and had nuts that were softer than raisins), and a dessert that was saltier than the aforementioned nuts. 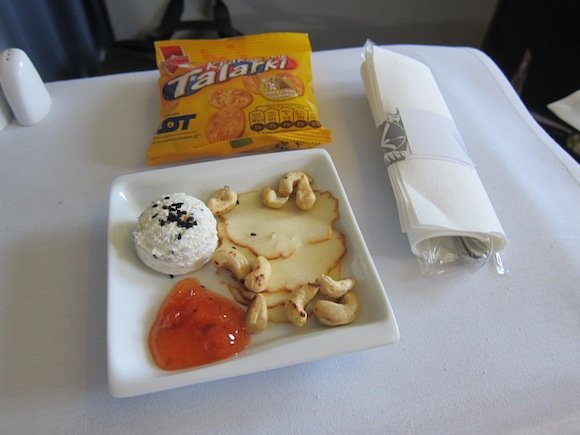 At that point I started asking myself, what the hell am I supposed to do for the next nine hours? It’s a daytime flight with recliner seats, and this is no Austrian or Turkish! My seatmate was snoring like a walrus, so I sure wasn’t going to get any sleep.

And then, almost as if an angel from heaven, the flight attendant emerged with a tray of port in shot glasses. I had found my answer. 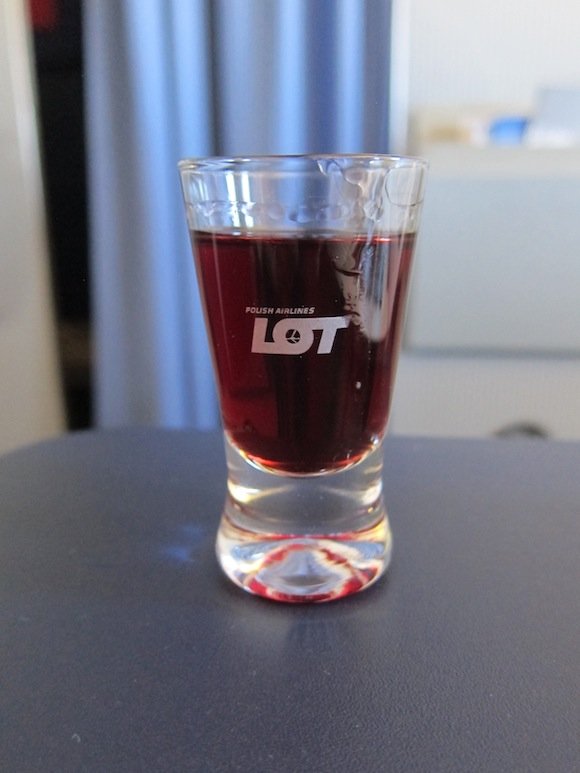 I had whatever it was he served me, and then asked him for a recommendation on something else he could serve in shot-form. After my Emirates flight I remembered how any flight could be made awesome.

He suggested a Polish vodka, and recommended it with apple juice. Fine by me. Five minutes later I asked for another, minus the apple juice. 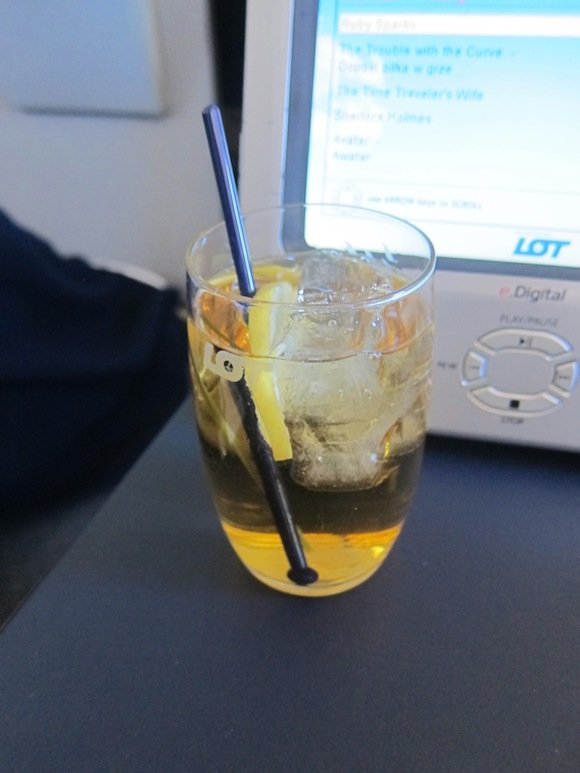 He brought it with apple juice, and only later realized I had asked for it without. He insisted on bringing me a new one, and rather than having him take away the current one, I quickly downed it too. After all, I wouldn’t want to be wasteful. And then another one. And another one. And that’s the point at which I started to forget taking pictures.

And suddenly my flight on LOT was awesome, and my 10 hour flight felt like it was only half that long.

My gosh, I spent the first 22 years of my life more or less not drinking, and now I realize the degree to which I’ve been missing out.

And while I won’t talk more about the food on this flight yet, bonus points to anyone that can tell me what the mystery meat is that I was served on my LOT flight from Istanbul to Warsaw. 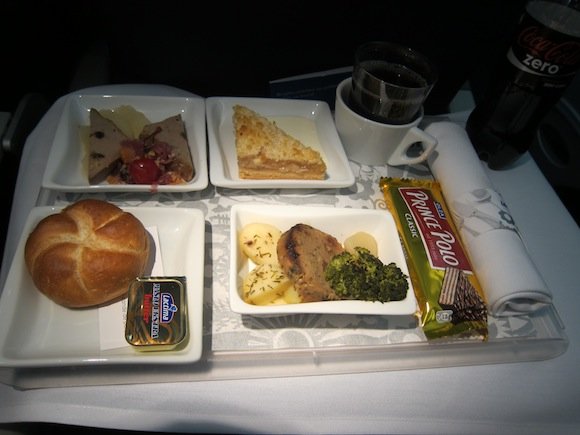 Still laughing at the shee-ken...

I flew LOT ORD-WAR (continuing to Tallinn) and back the same way a couple of years ago. You actually got their newish 767. I got to compare it to their _really_ old 767, with ugly brown business class seats that are worse than any US domestic F circa mid-70's.

Thank you for the post, for flying in BUSINESS class Now I'll know NOT to book on LOT, probably even on 787 J as the catering looks horrible 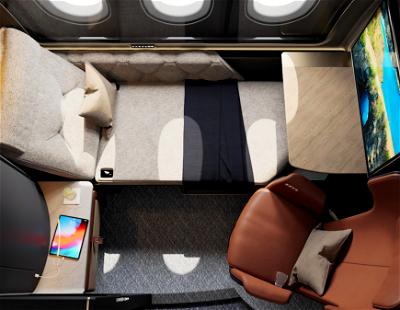 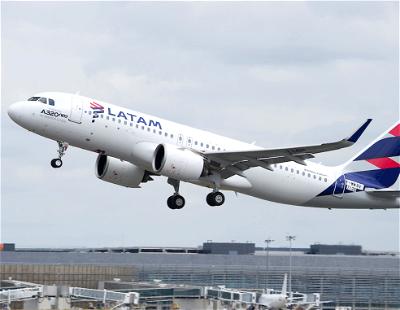