We all take different approaches to how we acquire currency when abroad. My first choice is always to pay by credit card in order to earn points, but that’s not a practical option in many countries.

When it comes to getting cash, I almost always employ the same approach — I go to an ATM when I land in a country and take out money that way. This has lower fees than going to a currency exchange place on arrival, and I prefer it to getting money converted before departure, since there’s an added risk to traveling with cash (there’s a greater chance of the money getting lost, stolen, etc.), not to mention the hassle of doing so.

This strategy almost always works perfectly for me. At a minimum it does the trick.

The catch is that there are some countries with a currency black market, where you can get significantly more of the local currency by instead having a certain foreign currency. For example, while I haven’t been to Argentina recently, in the past there was a significant difference between the official exchange rate and the black market exchange rate between USD and ARS.

The catch — again, at least when I was there — is that the whole black market currency exchange thing is pretty shady, involves going to questionable shops, etc.

There are some other unstable countries where there’s a similar black market for currency exchange.

However, we’re in Uzbekistan at the moment, which I didn’t realize until we arrived apparently has the craziest currency exchange black market out there. Not only is the difference between the official and unofficial exchange rate huge, but the process is also straightforward.

For one, you can pay for virtually anything in USD or the local currency, UZS. Fair enough, as there are many countries where that’s the case.

The part that’s especially interesting is how the exchange rates differ. Officially one USD gets you ~4,120 UZS (Uzbekistan Som). Meanwhile on the black market one USD gets you 7,000+ Som. That’s a massive spread. 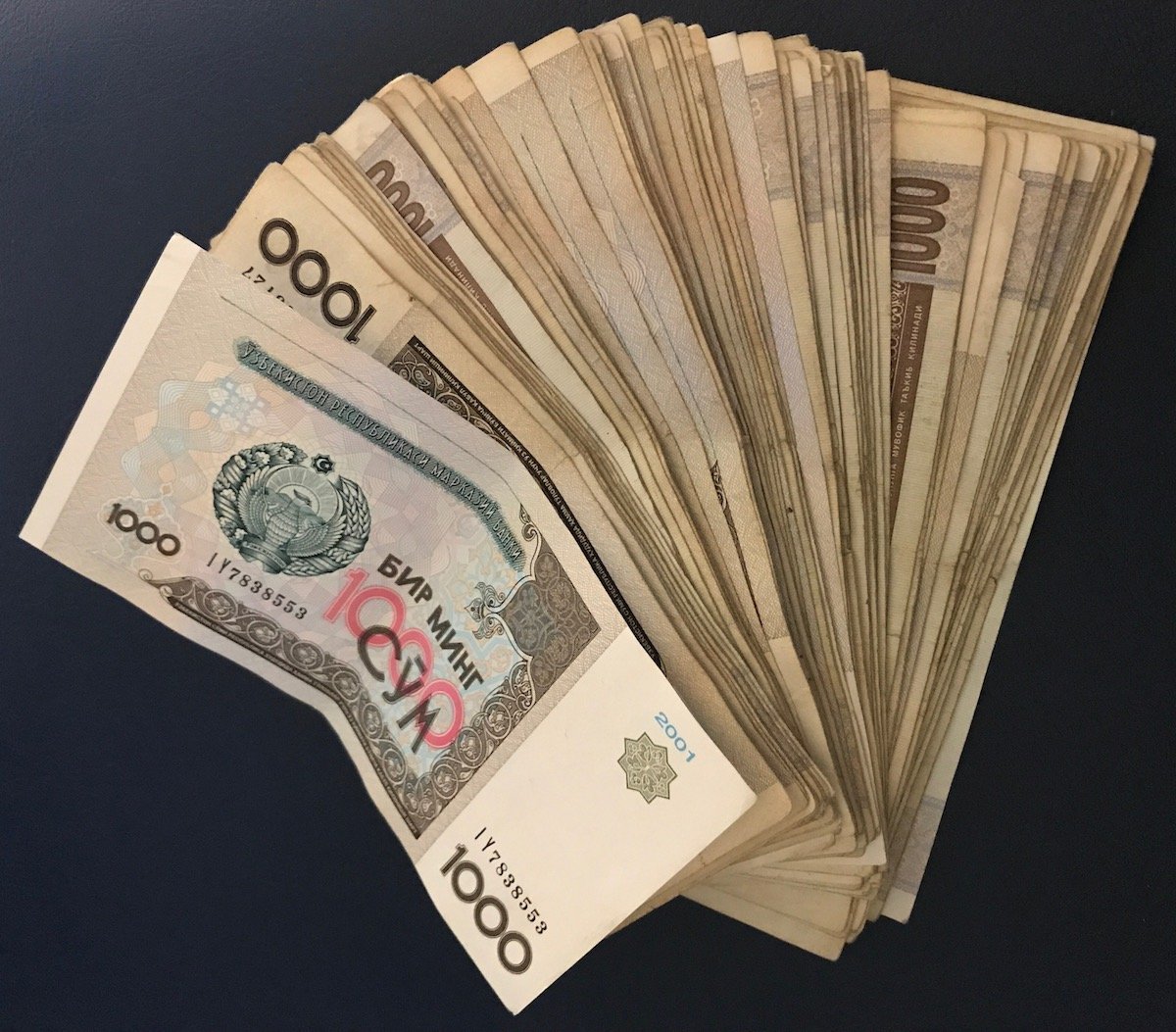 What 10USD will get you in UZS

What makes this black market so unique otherwise is how straightforward it is. You don’t have to go to some shady black market currency exchange place to get this rate. Instead you’re always within 100 feet of someone willing to trade you money. It’s simply a question of whether they have enough local currency to trade you.

So of course I regret the fact that I didn’t bring more USD. As a result I’m paying 75% more than I’d otherwise have to for most things (which isn’t a lot — taxi rides seem to average 1-2USD, so it’s not a huge deal). Still, to think I could have paid my hotel in local currency at the black market rate rather than the official exchange rate.

So, what’s causing this huge disparity? Here’s how E21 describes it:

Why the divergence? While the Uzbek government fixes the exchange rate to other currencies, its central bank also cannot seem to keep its hands off the printing presses. The excess of som results in high inflation rates. Inflation was 8.7 percent in 2015, which is actually an improvement over the double-digit rates of years past and the quadruple-digit ones of the early 1990s. Since 2000, prices in Uzbekistan have risen 18-fold.

Does anyone know of another country with such a lucrative and straightforward black market exchange rate? Not only can you get 75% more for your USD, but the process of exchanging money is also very easy.

Yep that is childpay compared to Venezuela. Its been crazy for many years. The official currency exchange rate is STILL 10bs per USD while on the street it is actually 16,000 and sometimes more (changes by the hour). Back in 2010-2013 you could buy a ticket for First class for $5,000 in official exchange at 50,000bs but in real life exchange money (black market) it was $500...

I do not think you approached this well, Ben. I think you started it off well with the credit card comment, but aside from that, I think it depends where you are going. In general, I do not exchange for cash before I go somewhere, but when dealing with certain currencies, you do not have much of a choice for various reasons. Also, ATMs are not always good because in some cases you need the bank receipt to exchange back to dollars later, assuming this is not a currency you frequent then you would not want to hold on to it. With regards to the black market, there are many places around the world with a black market for the currency and many are just as open as what you described. It depends what currency you hold and which currency you are looking to get. For some places it is not really surprising, while for others it is.

When I was traveling in Eastern Europe pre-breakup (early 80s) the trick to avoiding being entrapped by the plainclothes police was not to respond to the people constantly approaching you to change dollars, but to approach others, especially truck drivers, who are about the least likely of anyone not to be plainclothes cops. 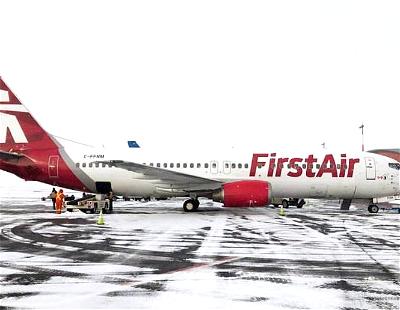