In reality they didn’t actually add lounges at Sydney Airport, but rather they added restaurants, which is innovative. Since they couldn’t come to a mutually beneficial agreement with any lounges at the airport, Priority Pass members can instead eat and drink for free at seven lounges across three terminals.

This morning I was flying out of Sydney Airport on the same flight as Zac of Points from the Pacific. He reminded me of this feature, and suggested we give it a try.

We were taking a domestic flight out of Terminal 2, meaning that both Bistro 2020 & Bar, as well as MoVida, were conveniently located. I had heard a couple of reports of people having issues with this benefit at Sydney Airport, and being told that either the machines didn’t work or they weren’t familiar with Priority Pass.

Well, I’m happy to report that my (limited) experience was perfect.

We first checked out MoVida, located just past security.

They had a sign at the register showing both the Priority Pass and Lounge Key signage.

I confirmed with the lady working the registe that they did indeed accept Priority Pass cards. She said they did, and asked what I wanted. We got a couple of Voss waters and I ordered a flat white.

When she found out we didn’t want anything else she said “are you sure? You’re way under your limit.”

Indeed, since I had a card with guesting privileges, I guess I could have purchased 108AUD worth of stuff.

After that we decided to check out Bistro Bar 2020, though unfortunately they weren’t quite open yet.

Overall it was a smooth and pleasant experience, though I’m not sure just how much it’s worth for someone who has access to a business class lounge. The Virgin Australia domestic lounge has baristas making coffee, so I enjoyed both of my flat whites immensely.

I suppose the restaurant has more substantial food offerings than the lounge, but it’s also not as comfortable for getting work done.

As a reminder, several premium credit cards issued in the US offer a Priority Pass membership, along with guesting privileges, including the following:

Since we had lounge access we took advantage of this just to see whether it works, and it does indeed. Priority Pass did a good job thinking outside the box in coming up with this partnership, and if I had been hungry it would have been nice to grab a real meal. Unfortunately we were rushed for time, though I’m still happy that it was an easy process.

Heck, if I had more time I might have just bought a bunch of people their food & drinks, but I’m not sure how the restaurant would feel about that, since I’m not exactly sure how they’re reimbursed for stuff.

Thanks for the part about this new great benefit. I can see it will be helpful when all I really want is some free food. Of course, I think we have to pay the tip as PP won't cover that most likely.

They are probably reimbursed at the retail rate so the restaurant makes a profit. And are probably in a trial "use it or lose it" so the employees are encouraging maxing out the limit.

I was just in SYD and stopped by the Peroni Bar as it was closest to my gate. The bartender was very adamant that my guest and I spend our entire $72 allowance, so after lunch and 2 beers we decided to take some sparkling water and snacks to-go. I have a feeling they are reimbursed for whatever is purchased at a discounted rate, but still make a profit. Since I have my priority pass membership through my CSR, I am entitled to unlimited guests and I was tempted to claim everyone at the bar as a guest just to see if I could buy everyone a free round. However, it is things like that which ruin these benefits for everyone. 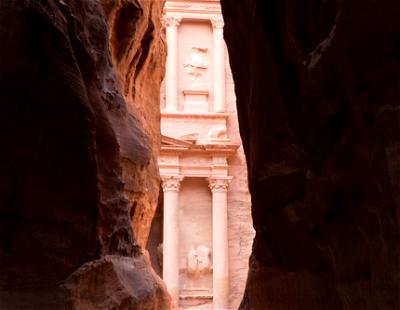