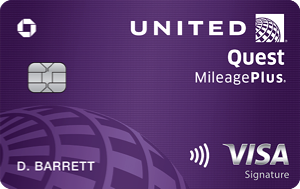 61
Share
Tweet
In the interest of full disclosure, OMAAT earns a referral bonus for anyone that’s approved through some of the below links. These are the best publicly available offers (terms apply) that we have found for each product or service. Opinions expressed here are the author's alone, not those of the bank, credit card issuer, airline, hotel chain, or product manufacturer/service provider, and have not been reviewed, approved or otherwise endorsed by any of these entities. Please check out our advertiser policy for further details about our partners, and thanks for your support!

Chase and United Airlines have a co-brand credit card agreement for both personal and small business cards. The New United Quest℠ Card was launched this spring, and it has an incredible launch offer that’s still going strong, though I can’t imagine it will last forever. If you don’t yet have the card but are interested, I’d recommend applying sooner rather than later.

Not only does the card have a huge welcome bonus, but the value proposition of holding onto the card is also excellent for those who fly United with any frequency.

As part of a launch offer, the United Quest Card is offering up to 100,000 MileagePlus bonus miles:

This is an exceptional welcome bonus — personally I value MileagePlus miles at ~1.4 cents each, so to me those miles are worth ~$1,400.

Note that you’re eligible for this offer even if you have other United co-brand credit cards (you’re eligible if you apply outright, and not if you product change). The only people who aren’t eligible are those who already have the card. The typical Chase application rules apply, including the 5/24 rule.

The United Quest Card has a $250 annual fee, and there’s no cost to add additional authorized users. For some context as to how that fits into United’s co-brand personal card portfolio:

As you can see, the United Quest Card has the second highest annual fee, though I’d argue it also has the annual fee that’s easiest to consistently recuperate, thanks to the easy-to-use perks, which I’ll cover below.

Airline co-branded credit cards are primarily about the perks, and this is an area where the United Quest Card in particular shines. First I want to highlight the two unique benefits of this card that will very quickly justify the annual fee for anyone who flies United with any frequency, and in particular for those who redeem MileagePlus miles.

The United Quest Card offers a $125 annual United credit, which should be worth close to face value to anyone who considers this card:

The United Quest Card offers an anniversary award flight credit of up to 10,000 MileagePlus miles:

Then there are all the other perks of the United Quest Card, including:

The United Quest Card has no foreign transaction fees, and offers the following return on spending:

While there are other cards that are compelling in the travel and dining categories, those are some of the broadest bonus categories I’ve seen on a co-branded airline card.

The advantage of the United Explorer Card is that:

However, virtually everything else about the United Quest Card is either equal or significantly better:

The United Quest Card is the fourth personal card in the Chase & United lineup, and I think it’s the most rewarding. While the $250 annual fee sounds high on the surface, the $125 annual United credit should get you half of that value back right there. Then there’s the up to 10,000 miles you can earn per year when redeeming miles, along with all of the other ongoing benefits.

Add in the welcome bonus of up to 100,000 MileagePlus miles, and this is a spectacular product. This card has been offering the launch offer for several months now — if you haven’t yet applied, I’d definitely consider doing so sooner rather than later.

What do you make of the United Quest Card?

Submitting...
Featured Comments Load all 61 comments Most helpful comments ( as chosen by the OMAAT community ).

Will the $125 annual United credit cover the cost to United Clubs?

Would have been nice if it offered alternative benefits (e.g. United Club passes) if you already have United status that gets you free checked bags and priority boarding.

Recent biz award searches have shown direct flights at double the points as less desirable routes (1-2 stops). I guess you can potentially use married segment pricing and dump a leg, but overall MileagePlus has become a less desirable program for *Alliance (and this is award search with UA Plat status). 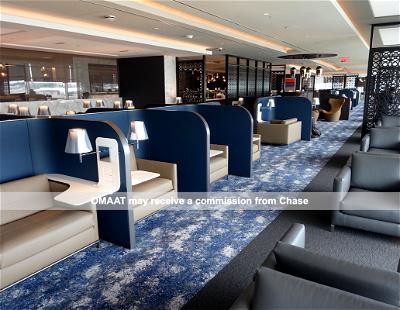 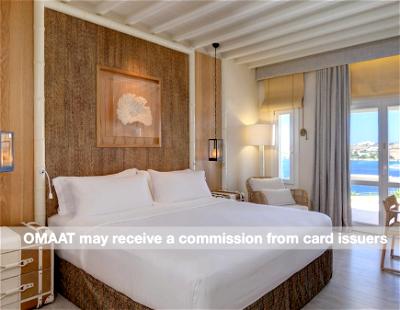