As I wrote about earlier, Priority Pass is the world’s largest independent network of airport lounges, with over 1,000 lounges around the world.

The quality of the lounges can vary significantly. On one end of the spectrum you have bare bones lounges like the Changsha Airport Lounge.

On the other end of the spectrum you have some really solid lounges, like the [email protected] Lounge Helsinki Airport.

Well, the good news is that it looks like Priority Pass has picked up a very nice lounge in the U.S. The Turkish Airlines Lounge Washington Dulles has recently joined Priority Pass.

The lounge is open daily from 6AM until 11PM, and looks solid. It’s located in the B Concourse at Dulles Airport, near gate B43. That means you can access this lounge airside when flying other carriers as well, though it may be a bit of a haul.

While I haven’t visited it yet, Live and Let’s Fly shared some pictures of the lounge several months ago, and it looks solid.

Here are some of the pictures from the Priority Pass website:

While I suspect the lounge isn’t quite as good as Turkish’s flagship lounge in Istanbul, the food & drink selection should be much better than what you’ll otherwise find at Priority Pass lounges in the U.S.

Keep in mind that it’s also possible that Turkish only puts out the best food in the evenings, a few hours before their flight departs. This is pretty common for airlines that operate lounges that they contract out to other carriers. For example, the Air France Lounge New York is accessible by Priority Pass members, but only during daytime hours. That’s because Air France doesn’t operate their own flights then, and they only put out the real food in the evenings (when the lounge isn’t open to Priority Pass members).

As a reminder, here’s a table with some of the major credit cards offering Priority Pass memberships, as well as their respective guesting rules:

Has anyone been to the Turkish Lounge Dulles, or are you excited to check it out, now that it’s part of Priority Pass?

I got to go to the TK lounge at Dulles in May and in the same trip, spend most of a 6 hour layover at the [email protected] lounge in Helsinki. I also went to the Aspire lounge in HEL for some variety. I was flying TK's 11:00 flight, so was there in the evening. The lounge had a decent hot food selection, staffed bar, fresh fruit and baklava! It wasn't the largest lounge I've been in, but Dulles isn't that packed that late either. [email protected] was basically like being in an IKEA with free food and drinks (beer and wine only). The food selection was ok, I was there starting pretty early in the morning. I had to swipe my PP card more than once because I was there for 5 hours. I loved that they had a desktop PC for guests to use since I was traveling without my laptop. The Aspire lounge in HEL had better food than [email protected], but was busier. The modern decor is interesting, though not the most comfortable.

@Rick Yep. I think it was the IASS lounge Terminal 2 Narita that we peeked in for my first experience with Priority Pass. It was too depressing. Fortunately we were traveling business class on JAL and went to their lounge, which was lovely.

I wish PP would do something about DFW. On certain days they put you in the "closet" as the agents call it, that is if there is not a waiting list for it... I have complained to PP and essentially get "too bad". 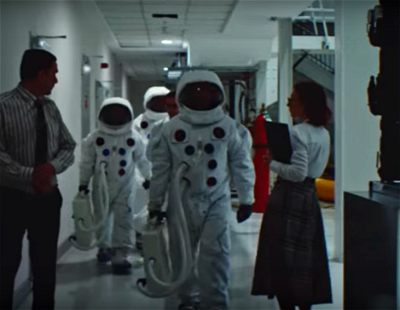