As long time readers know, I have a tendency to get obsessed with totally random airlines for no good reason. La Compagnie and Baltia Air Lines come to mind (if the latter can even be considered an airline, given that they’ve been operating for 30 years but have never carried a passenger).

Well, folks, I’d like to introduce you to my newest airline obsession — TAAG Angola Airlines.

I didn’t know diddly squat about them before yesterday. That’s to say that if someone would have said “TAAG” to me, I would have said “yeah, I’ve heard of them,” but that’s about it. I couldn’t have told you what planes they fly, what their route network looks like, etc.

Yesterday while departing Cape Town we taxied by this fine specimen of an airplane (airplanes are people, too!), a TAAG 777-200.

Am I the only one who loves the livery?! Don’t get me wrong, I don’t think it’s the most modern, but it’s one of the most intriguing liveries I’ve ever seen. To me it looks more like a government plane than a commercial plane. 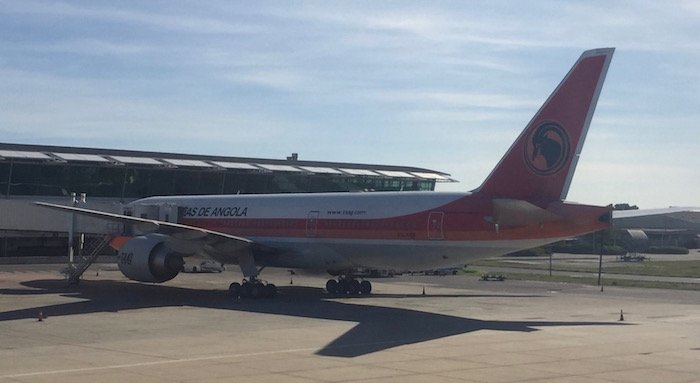 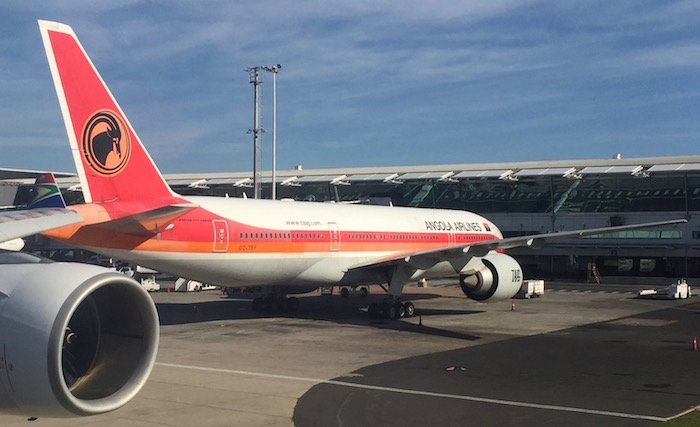 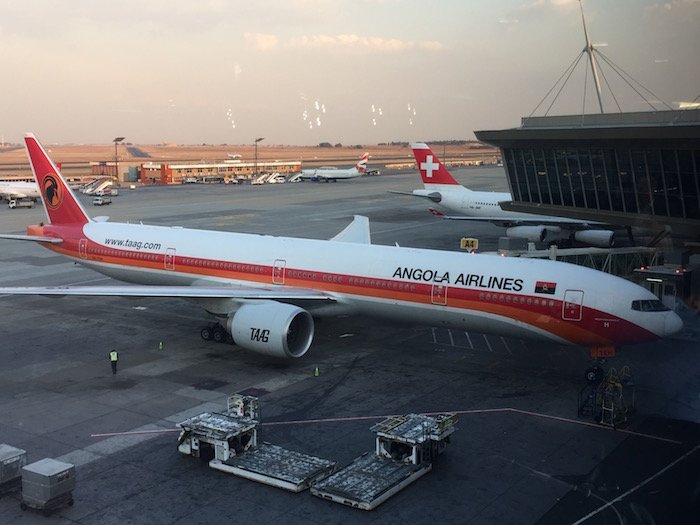 At that point I started doing some research about where they fly. As I knew, their hub is Luanda, Angola, and they operate some interesting routes, including to Sao Paulo and Rio de Janeiro.

They even have an international first class cabin!

Admittedly their first class looks just like Oman Air business class, but that’s probably more a function of Oman Air being awesome rather than TAAG sucking. 10 years ago TAAG’s first class product could have been considered top notch. 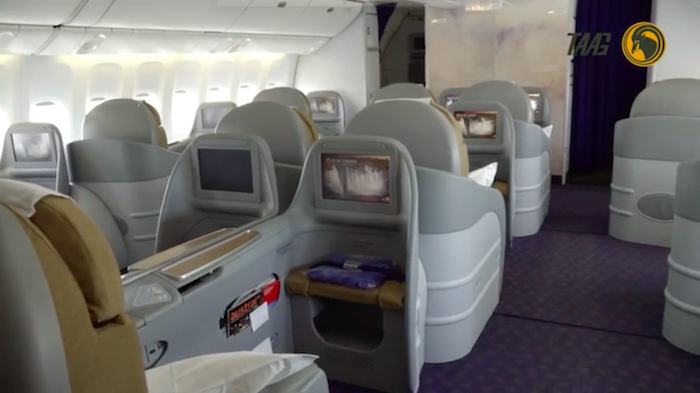 Their business class, on the other hand, looks rather bleh:

They can’t even make it look comfortable in their ad. Does she really look like she’s having a good rest? 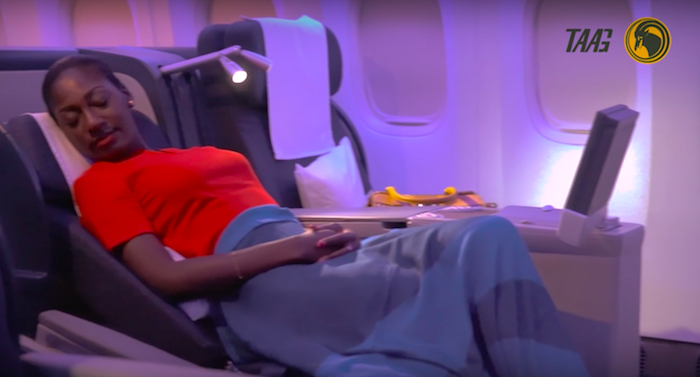 Forget the six other random airlines I really want to fly — this one is now at the top of my list!

Best I can tell they don’t have any airline partners through which you can redeem miles. Further, best I can tell, their Umbi Umbi loyalty program isn’t transfer partners with any transferrable points currencies. Starwood, are you listening? 😉

Their frequent flyer program is revenue based, and you earn just one mile per dollar spent. Ouch!! Don’t tell Delta SkyMiles or they might get some ideas. 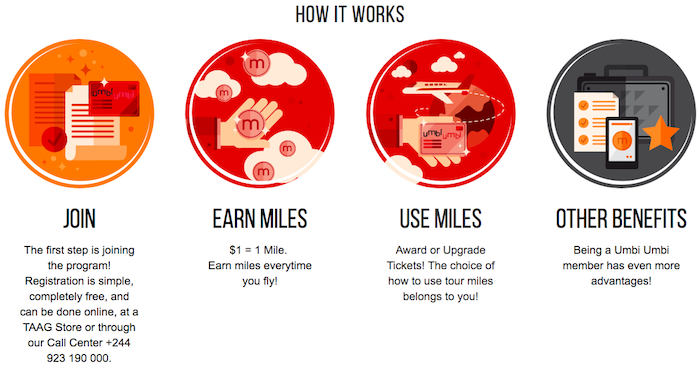 A first class redemption from Luanda to Sao Paulo costs 64,000 miles. I don’t see myself spending $64,000 on TAAG anytime soon, so I may have to find alternative ways to try their first class. 😉 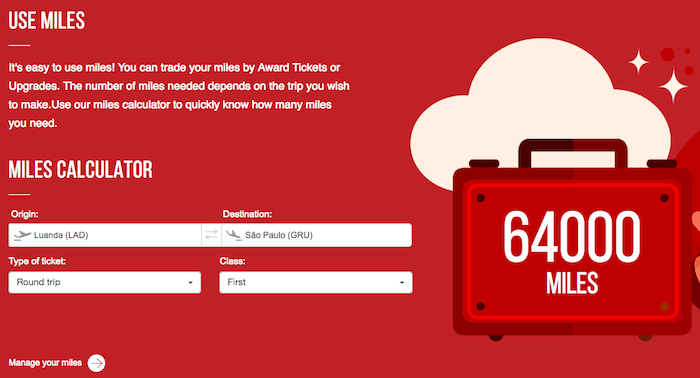 Has anyone flown TAAG? Anyone love their livery as much as I do? Anyone know of cheap premium fares on them? I have to fly with them!

Wonder if you regret this :p

Hi Kovilan Thank you for the safety info on TAAG! I was looking for something to make me feel better about the airline, after first booking tickets and then reading up about TAAG......I normally don't do that as I am a nervous flyer! The flight seemed convenient as it is one of the shortest most affordable flights available, thus making the impromto booking. Going to Lisbon in April.... :)

I am in a bit of a predicament. We have already booked a 18 day cruise from Havana and we thought of flying Jhb/Miami/ Havana, but pres Trump is making difficulty in using this route. We are now considering the JHb/Luanda/ Havana route with TAAG. I cannot find any comments or recommendations on this route. Any one have any suggestions? 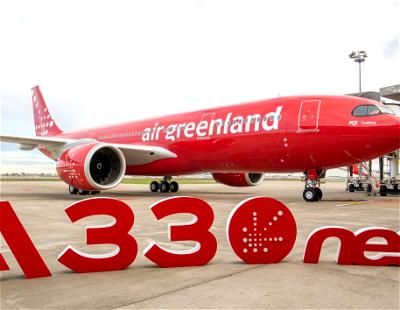