I tend to think that most US airlines fall into one of four categories:

For example, historically JetBlue and Southwest are considered low cost carriers, even though they’re unarguably more full service than American, Delta, and United, in terms of their passenger experience.

One airline that’s tough to place is Sun Country. They’re somewhere in the middle. For those of you not familiar, Sun Country’s major hub is in Minneapolis, and almost all their flights operate out of there. 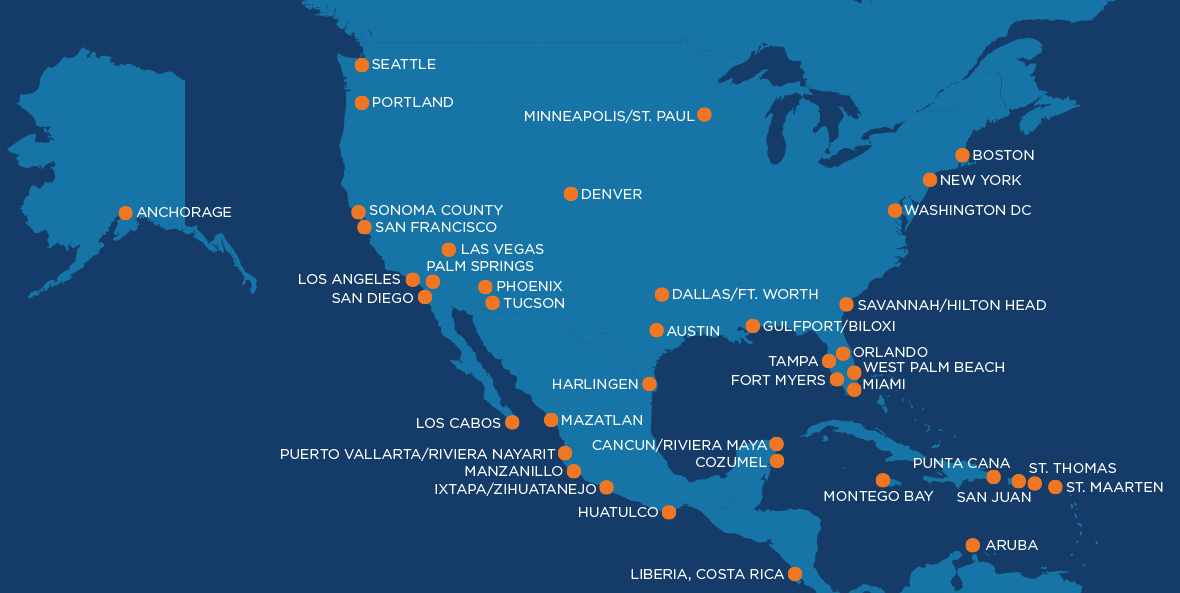 They’re more full service than Frontier and Spirit, and are generally known for their good service. At the same time, can they command a revenue premium on ticket prices for all the things they’re choosing not to charge for? It would appear not, in general. Spirit is consistently cheaper than them, though makes up for it on fees. Meanwhile Delta and Sun Country seem to have similar fares, except those fares from Delta are typically “Basic Economy,” meaning they have more opportunities to upsell.

Sun Country filed for Chapter 11 in 2008 and has been doing better since, though they’re still lagging behind their competitors. As a result, it looks like the airline is planning on taking a new direction.

Last month Sun Country appointed Jude Bricker as their new CEO, who is a former Allegiant Airlines executive. StarTribune has the details of a memo he sent out to employees outlining his vision. While there’s not yet a timeline for these changes, he’s determined to cut costs and increase revenue, while still “protecting Sun Country’s reputation of quality customer service.”

What kind of changes should we expect to see at Sun Country?

As of now the details are limited, but it’s clear that Sun Country will radically be changing their direction. It’s sad, because as of now they’re an airline that people quite like. However, they’re underperforming compared to their peers, and I think that comes as no surprise, as they presumably aren’t able to get a revenue premium for their product.

As the legacy carriers and ultra low cost carriers move closer together (thanks in particular to the introduction of basic economy), it leaves Sun Country in a tough position.

What do you make of Sun Country’s change in direction?

So very sad, just when you think there is an airline that truly understands the concept of REAL service they change the core of their brand. To bad they cannot be the airline that can find a way to make a profit, continue to offer the service provided by employees that appreciate the roots of the brand and extend that quality to each and every passenger. Maybe they need to figure out how to be the Apple of airlines. Those customers are loyal to a fault, but that delivers big returns. Maybe they should look to leadership that knows how to drive brand loyalty, rather than one that leads organization that's safety and security is more than questionable (always felt it was scary to read what aligiant airline pilots say about working conditions), I guess you get what you pay for. So very sad to know our hometown airline is selling out. Time for me to consider new options.

@Bob: Southwest offers free checked bags, and JetBlue did so until recently, so there's that.

Sun Country has been sort of an ULCC for a few years. When I lived in CA and regularly visited family in NYC, they usually had the cheapest fares, if I was okay with an overnight layover at MSP. In my mind they were always destined to go the ULCC route. The one time I flew SY from LGA to MSP, I couldn't help notice the seats had really thick backrests (five or six inches). They can easily replace these with Slimline seats (already on Spirit and Frontier) and add seats without reducing legroom.