The Air Canada pilots were clearly confused. On final approach they asked air traffic control to confirm that the runway was clear, because they saw lights on it. Air traffic control confirmed the runway was clear. The Air Canada plane only realized it was about to land on the taxiway when the pilots of one of the planes waiting for takeoff told ATC what was going on. Days after the event we found out that the planes were less than 50 feet apart.

It goes without saying that this shouldn’t happen, and that the runway and taxiway lights are different colors to avoid issues like this.

However, the great thing about most aviation disasters (or near disasters, in this case) is that we learn from them and improvements are made. We’ve now learned what changes are being made at SFO as a result of AC759. Per SFGATE:

The Federal Aviation Administration will now require pilots landing at night to do an instrument landing, using the runway’s advanced guidance systems, when a parallel runway is closed. In addition, two air traffic controllers must be on duty through the late-night arrival rush, said Ian Gregor, an FAA spokesman.

What makes aviation so incredibly safe nowadays is the number of redundancies in place. Neither of these things should be necessary if everything is going as planned. However, now we know about the potential for confusion (even if this was still primarily pilot error), and this is even less likely to happen in the future.

@Ben The rule change is actually more specific, and dictates that two people should be in the *tower*. This is a very important distinction. When the near-disaster occurred there were two controllers on duty, but only one of them was in the tower at the time. http://www.eastbaytimes.com/2017/08/17/exclusive-sfo-makes-changes-for-pilots-air-traffic-controllers-after-air-canada-close-call/ On a related note, and East Bay Times editorial is charging the FAA and Air Canada hindered the investigation. I can't disagree. http://www.eastbaytimes.com/2017/08/15/editorial-air-canada-faa-hindered-investigation-of-sfo-near-miss/

Um... what? You mean the lights on the closed runway? That's about as logical as asking after a plane lands on a closed runway why the runway lights were on.

I was one of the passengers of Philippine Airlines PR 105 bound for Manila that night and you can really feel the vibrating sound and vibration inside the 340 aircraft..Pilots of Air Canada should be suspended. 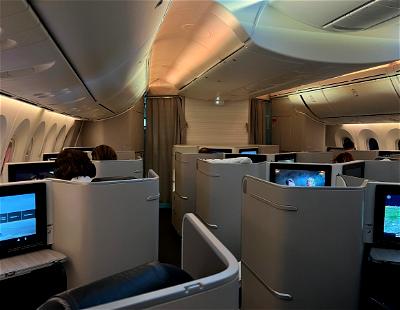