Updated: June 21st, 2019 ago — I’ve been in contact with Air Canada, who has assured me they’ve been working directly with the passenger since the incident to make sure she’s taken care of, and are conducting a thorough internal investigation. I have every confidence this will be handled appropriately, and will update when I know more details.

There’s a story being shared on Air Canada’s Facebook page that isn’t getting much media attention yet, but it sounds absolutely awful. This incident occurred on Air Canada 1799 from Quebec City to Toronto Pearson on June 9, 2019.

I’ll share the passenger’s full account of what happened below, but essentially a passenger fell asleep about halfway through the short flight, and when she woke up she found herself in a pitch dark plane all on her own. The plane wasn’t even parked at the gate anymore, but rather had been towed somewhere to park overnight, and was locked.

The passenger’s cell phone was in the process of dying as she woke up, and the chargers don’t work when the plane isn’t turned on or hooked up to power. She tried to go into the cockpit and use the radio, but that didn’t work.

Without any options she eventually opened the main exit door, and tried to plan an escape. She realized it was a significant drop, though, so didn’t jump. She found a flashlight and then tried to use that to get attention, but had no luck. Eventually she managed to flag down someone on a baggage cart.

She’s experiencing anxiety and insomnia following this incident, and I can’t blame her — I imagine it could be quite scary to be on a pitch black plane with no way out and with no contact to the outside world. More than that, the general emotion of feeling so helpless after having fallen asleep in what one would consider to be a “safe” environment is probably the bigger issue.

I think it’s easy to dismiss someone and thinking they’re making a big deal on nothing, though if I put myself in her shoes, I know I would have been extremely anxious as well (even though I know on some level that’s irrational — it’s not like you’ll run out of air on a plane parked on the ground).

The passenger tells me she has been in touch with Air Canada, and they’re investigating the incident.

This story almost sounds unbelievable, but virtually all of the details add up, and I’ve also been in touch with the passenger and she has verified most of these details. I’ve also confirmed that the plane that operated her flight did indeed park overnight at the airport.

Obviously mistakes happen, and I guess it shouldn’t come as a total surprise that this is going to happen every so often. However, this is still a huge failure on the part of the crew. Clearly they’re not doing their jobs properly if they didn’t notice there wasn’t still a passenger on the plane.

Here’s the passenger’s full account of what happened (this had been posted on her personal Facebook page, and as you can see it was posted several days later because she was writing about the sleeplessness she was experiencing):

Another sleepless night for moi unfortunately insomnia doesn’t care that I work in the morn 😩 first off must say I really appreciate the bday love I’m a couple days late on the thank yous and finally just catching up on fb..honestly it’s been really difficult week and half for me and I’m asking for help..I would really like to find out if anyone had been through this too bc 10 days later and I am still a wreck..not handling my emotions very well and welcome coping advice or techniques to calm my nerves

I had the most incredible time in Quebec with Deanna I’m grateful for what was one of the best weekends I’ve ever had.. my flight home I got super comfy reading my book happy I scored my row all to myself (flight was about 1/4 full) I fell asleep probably less than halfway through my short 1.5 hour flight.. I wake up around midnight (few hours after flight landed) freezing cold still strapped in my seat 💺 in complete darkness (I’m talking pitch black) as someone with and anxiety disorder as is I can tell you how terrifying this was..I think I’m having a bad dream bc like seriously how is this happening!!?! My phone lit up with missed msgs and of course I assured Dee I would text when I land in Toronto..I send her msg just before midnight saying omg I’ve just woke up and I’m all alone on this cold dark plane..Dee initially thinks I should already be home and maybe having a bad dream..so I tell her I’m flipping to FaceTime bc I also don’t have any clue wtf going on less than 60 secs on ft tryna show her (of course its total darkness) and my phone dies..I’m trying to focus on my breathing and control my panic attack while I attempt to charge my phone by plugging into every USB port I could find..no luck bc when they shut the aircraft down there is no power whatsoever I now have to use washroom and that’s also no picnic when you can’t see a thing and are tryin to keep yourself calm..since I can’t charge my phone to call for help I’m full on panicking bc I want off this nightmare asap

Now I’m facing a 40-50ft drop to the pavement below 😬 I hang out the door trying to get the attention of ground crew I can see Pearson’s lights but too far away I’m where the aircrafts park overnight there is no one around..I search frantically for a rope so I can climb down to safely (flight attendants seat is right by door I opened but the seatbelt is too short to hang from so back to my distress signals now I’m hanging out the door reflecting the flashlight off the side of the plane (figuring reflective exterior will catch someone’s attention in the distance) not sure how much time has passed bc no phone no nothing

When I see the luggage cart driving towards me I am literally dangling my legs out of the plane..he is in shock asking how the heck they left me on the plane..I’m wondering the same (when my seat an inch back or my tray down flight crew take notice but yet you missed a person still strapped into her seat and just all go on home?!?!

Anyway the guy had the ladder dock and I jumped to safety before he was even a foot from the door..the Air Canada cars pull up drive me up to Pearson where I’m met by another Air Canada rep asking if I’m ok and would I like a limo and hotel.. umm no are you kidding me all I want to to go home I have to work in a few hours..she let me use her phone to call home and call shuttle to take me to my car..Air Canada called Monday and Tuesday both people again ask me to repeat what happened apologize for my inconvenience and say they will do an investigation bc they have checks in place that should prevent people from being locked on the aircraft at night

I haven’t got much sleep since the reoccurring night terrors and waking up anxious and afraid I’m alone locked up someplace dark..this is a super long post-so I’ll wrap it up please share if you know of anyone who has gone through this I don’t like feeling so alone

(Tip of the hat to Kyle)

Would have loved the experience. A whole plane to MYSELF. What CREW was it and where do they take off next?

OMG! It must have been distressing. I'm inclined to believe her as these things, no matter how unlikely, do happen. Last year, I flew to Riga from Berlin Tegel. The sign above indicated that the plane was going to Riga. The flight staff scanned me in with my boarding card as going to Riga. However, when I got into the plane somebody else was sitting on my seat. It wasn't a big deal as this person had changed seats as it was "empty" On trying to sort this out, a fellow passenger noticed that my boarding card had the symbol of another airline! it was discovered that this plane was in fact, not going to Riga but Frankfurt! I had done everything right. And you generally can't go wrong as Tegel is a tiny airport, but the (German) staff would have sent me off on the wrong plane. To the wrong destination. It can happen!

I can believe that --- I fell asleep in train car because I had worked all day North of London --- I experienced same thing on a train from Paris to Zurich --- and the train car was disconnected and sidelined at the border (whilst the train continued North). Some crazy employee woke me up at 3AM - screamed and ran off. Everything was pitch black and I did not know where I was. I eventually found a passport station and surprised them when I walked up. TR White 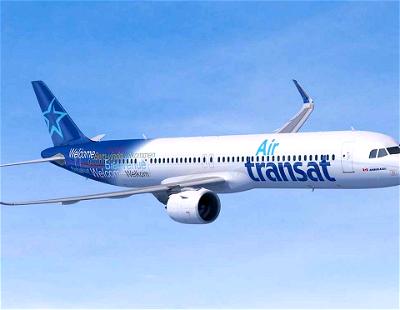