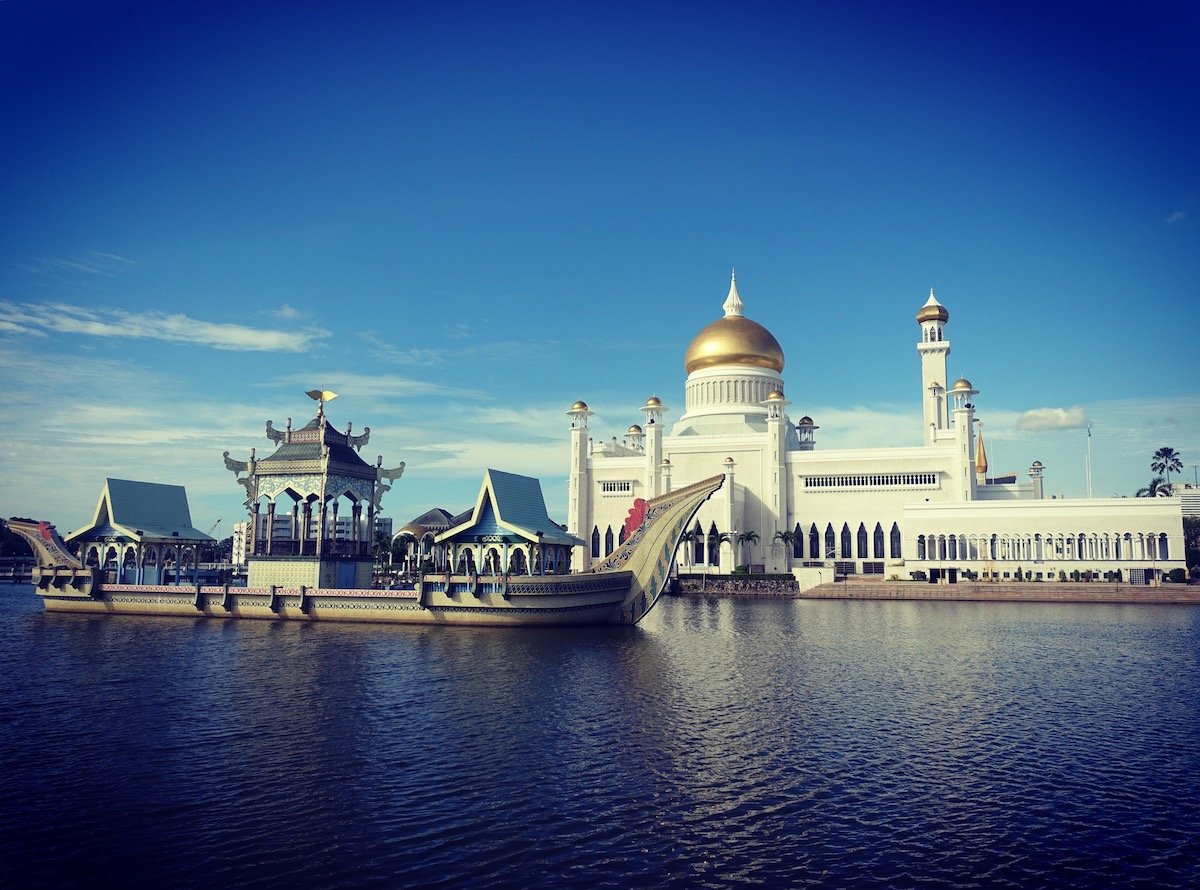 They’re a unique airline — in addition to operating some short-haul routes, they operate just three longhaul routes, from Melbourne to Bandar Seri Begawan to Dubai to London.

I flew them from Kuala Lumpur to Bandar Seri Begawan (on an A320), and then to Dubai (on a 787). I felt like I was almost the only person getting off in Dubai, as just about everyone on the flight seemed to be an Australian headed to the UK. The Australia to UK market is a big one, and Royal Brunei seems to get pretty good traction on the route (though based on the fares, it doesn’t seem to be very high yield traffic). 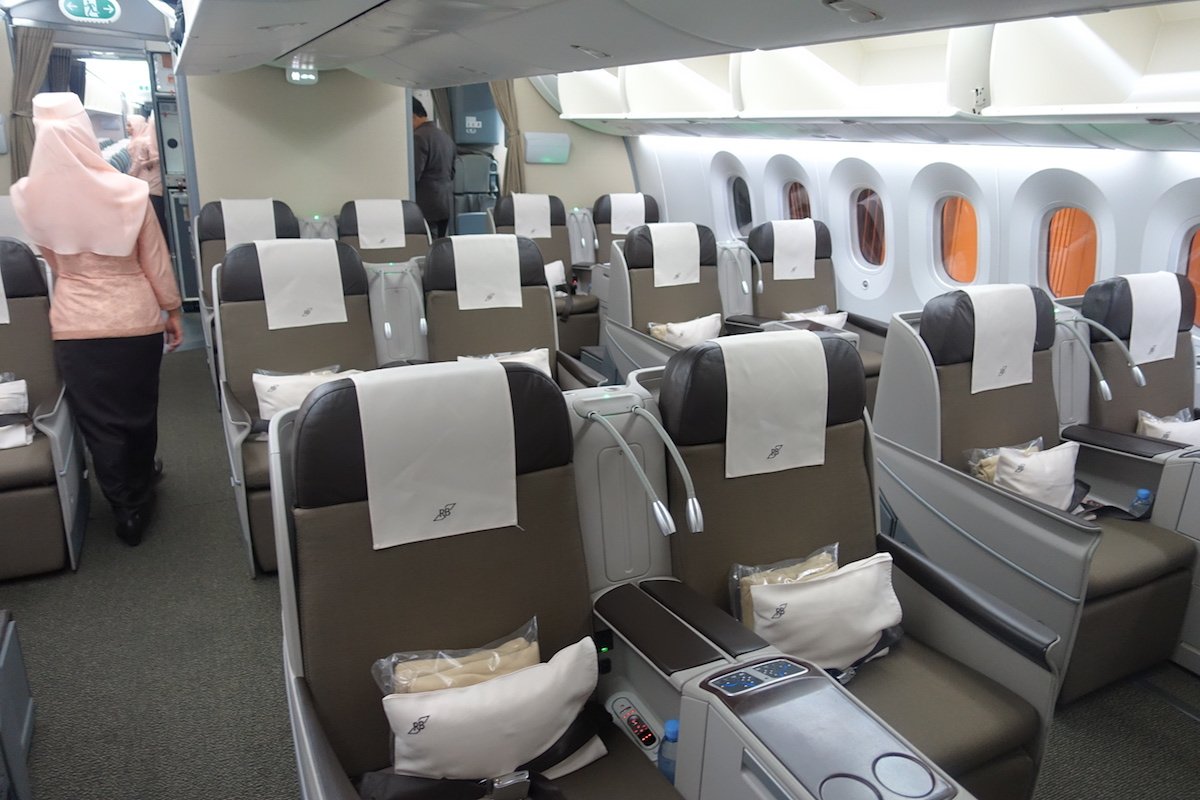 The airline has four Boeing 787s, and they primarily use those planes to operate that rotation, though they could probably have better fleet utilization.

It looks like the airline will soon be mixing up their route network. As of October 28, 2018, Royal Brunei will eliminate their Dubai stopover, and instead operate daily nonstop flights between Bandar Seri Begawan and London Heathrow.

The new nonstop flight will be operated by a Boeing 787-8 and is just over 7,000 miles, with a block time of 14hr35min in each direction (it’s a bit odd that they block it at the same time in both directions, given the winds). Here’s the schedule for the new service:

As a point of comparison, here’s the schedule for the old flight with the stop in Dubai: 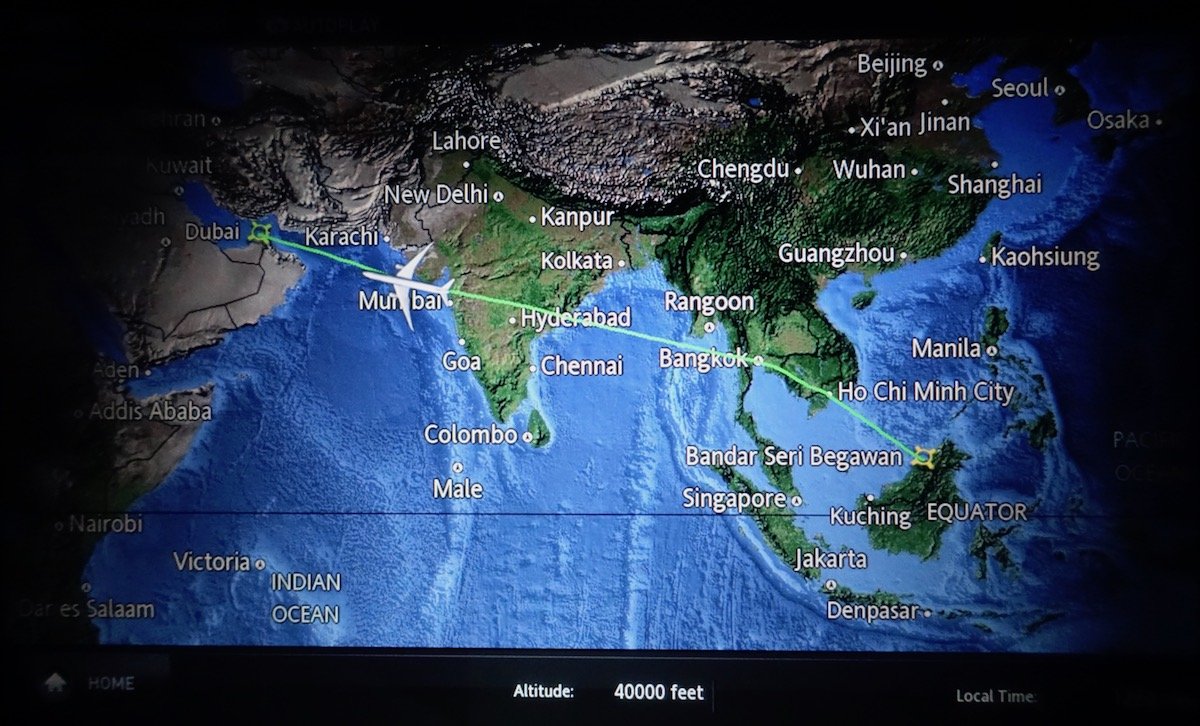 Given that a majority of Royal Brunei’s longhaul passengers seem to be traveling between Melbourne and London, it’s logical enough that they’d make this a one stop routing rather than two stop routing, especially since they use 787s for the flight. This is a big win for passengers, as it greatly reduces the travel time to/from London, while they’re adding a separate flight to Dubai.

@Aaron - You just drink your own booze which you take on & if sensible bought in duty free. They'll supply the mixers for you if you buy spirits. This is what I did when they operated to BNE many moons ago.

They don't need to worry about Sydney; given that Melbourne is projected to become Australia's biggest city by 2030 there is more than enough traffic from MEL to make this route more than viable.

Also there is something about their product that older people seem to enjoy - some older couples I've spoke to even seem to appreciate the dry nature of the product! Which a Brit of a certain view of Australians is surprising haha!