Suffice to say that I am having really bad luck, or something:

Well, I’m currently in Sri Lanka and received an email from Chase asking me to verify a purchase on my Sapphire Reserve.

That didn’t look familiar, but it’s also not a huge purchase, so I figured that maybe I had bought something online and that’s how it appeared. But then I looked at my statement and saw it said “DING EZETOP TOPUP,” and based on that, it looked like this is an online recharge for prepaid cellphones.

Then I looked at my statement in more detail, and saw that this was only the tip of the iceberg. There were over $6,500 in fraudulent airfare charges as well, including:

I had three initial thoughts based on that:

The crazy part here is that I just got my new card a few weeks ago, as the previous one was closed down due to fraud. I really haven’t made that many transactions since then, so I’m surprised my information was compromised that quickly.

I’ve long said “oh, I’m not worried about credit card fraud, because consumers aren’t at risk when it happens.” While that’s true, if I keep having to change my card numbers every few weeks, it sure takes the ease out of the process of paying by credit card!

Does anyone have a theory of what’s going on here? Am I just having really bad luck the past few weeks? I thought my previous two hacks may have been related to the Starwood data breach, but the card that was just compromised is a new card number that I’ve only had for a few weeks.

Are the airfare purchases a coincidence, or what exactly is going on here?

I’m now carefully checking out the pending purchases on my credit cards daily, because I sure am suspicious.

Has there been any new developments? I ask because I’m also in the point and mike game, but it becomes harder to rack up points once your a victim of account takeover/identity theft. End of 2016 Capital One called me asking about some charges that were not mine (oddly they were the only ones to reach out to me). Later that day my @icloud email password was changed, and I have two factor authentication (which is useless in my case), long story short the next day It was taken over, all security info changed, a year and a half later I was able to regain access. I still get alerts that it’s on the dark web. I also lost my gmail account which I still can’t not regain access and is being used once again (the fraudsters were arrested but started using it again or their friends are). After investigation I learned all my emails from banks and reward sites were being forwarded to this email “[email protected]”. My story is the extreme case. To keep this from being an essay I will just include mention some of the damage done and some that I’m still fixing. People like us with so many accounts makes the clean up a true nightmare. So, they rented a car from hertz as me, they actually stole the car since never returning it. My Chase sapphire card was used for a bill for over$3000.00. Chase fixed it immediately. Hertz still put me on the DNR list. Later the car was found with the suspects yet I’m still on the DNR list even after proven innocence. Why? Hertz email me an affidavit twice to the wrong email, the one the thieves had access to. They would not send a third one to my correct email. I use to store Amex Plat number, Chase Private Client number and many others in my contacts.With access to my iCloud they changed they were able to route the calls to themselves. I discovered this after speaking to a who I thought was Verizon fraud department where I spoke to a man who eventually made mistakes and became obvious he did not know how to answer my questions. At the time I had 28 credit cards and not all of them were routed. They even called the police station in Texas where my tip led to the first arrest in the case. They pretended to be my father and told the detective not to listen to me because I was crazy and so on. Not to bright since if I was crazy how did they get arrested. It goes on and on. Now to what was taken over, 8 bank accounts, 25 credit cards, 6 fraudulently opened in my name. Even my fiancé, mother and father were victims. My reward points were all sold to Flipmymiles.com and cashformiles.com. It’s shocking when you log into your southwest account and there’s 15 flights booked. Plus all those little accounts we have like prepaid cards, or those we have tried to use for MS. All gone and emptied. They had full control over everything until May 31st 2017, when the big arrest came. In Ardmore, OK using my Hyatt account they were caught checking in. Most of the fraud took place in Texas and Oklahoma. The police told me all their victims were in 5 different states. They must have been released because I’m dealing with it yet again but much smaller scale. I’m sorry this is long please keep in mind this is 10% of my story. One last thing, because I tell my story to help others. These people were so void of mortality that they learned my dad and I bank at some of the same banks. They transferred my dads money to my account then stole it. Chase fixed it all while Union Bank thought I was stealing from my father. If done on purpose then it works because instead of fixing all my problems right away I had to prove it wasn’t me. They sent the money to my PayPal account also which didn’t help. I spoke to PayPal where on speaker phone my family was told it was not me. To bad Union Bank wasn’t in on that call because they have been horrible to work with. Even convincing my dad it was probably me. Proving my innocence is what helped them do more damage. Lesson learned. My points and miles were all returned, I’m still dealing with some credit cards and banks. USAA is the absolute worst for these situations, I also do not have a branch in California. I offered to fly there to help prove it was me they said it wouldn’t help because my account was locked up. Chase on the other hand were amazing with my accounts and my dads. Amex wasn’t bad but not great. I have ideas on how it was done but can’t say for sure. Happy to discuss this with anyone in further detail, I had to leave details out so my apologies if parts don’t make sense. My last comment is the kicker. After I had access to my iCloud and my pictures I noticed two pictures taken in Oklahoma. They were accidents because it’s of a woman’s leg in a car and another of the windshield and part of the dash, in the stolen car. Oh and AT&T didn’t think it was odd that 9 accounts were opened for a month. If I didn’t call questioning a phone number I never would have known. Between me and my family over $200,000 was stolen from mainly credit cards and banks. They must have become cocky because my Walmart money card and PayPal accounts have them sending money to their real names. Crazy.

When I read this my first thought was that someone bought the ticket as part to defraud a third party for cash. Now I read this article which supports that thought, if I buy a ticket and receive a ticket number and reference code I would not be suspicious of the 'agent', only differedce I avoid third party booking sites and would never pay cash. However, I know many people who are at risk and are too trusting: https://www.thisismoney.co.uk/money/beatthescammers/article-6705859/New-scam-flight-holiday-warning-heres-stay-safe.html

I had two cards hit within 48 hours. I'm not sure which account was hit to find the card info ... but it happened. Luckily both card issuers were very helpful when it came to removing the fraudulent charges. 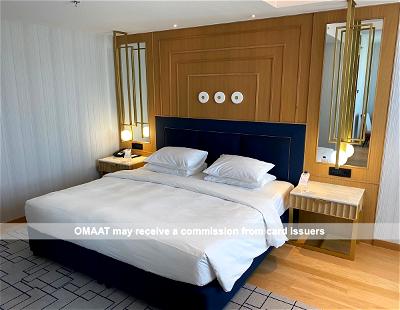 10
Are Hotel Credit Cards Worth It If You’re Not Loyal? 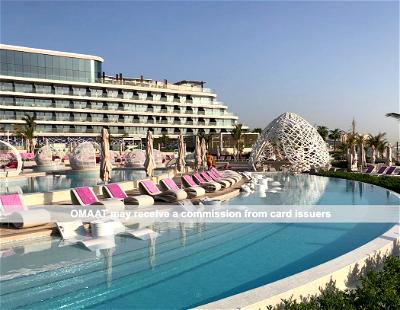 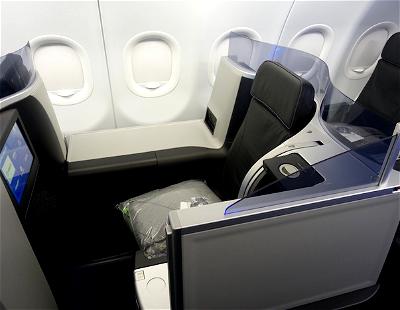