I’ve got a question that’s been on my mind lately. Why would someone get elite status if there are so many credit card sign up bonuses that he can just travel on award tickets? And as a follow up, do you think earning >500k miles/points year after year is sustainable? And can somebody travel exclusively on award tickets? It seems like there is diminishing returns since there are only so many good offers and they are mostly limited to first time card members.

I thought this was an interesting question, so decided to respond to it here, since I think it addresses an issue a lot of mileage “nuts” face.

The struggle with maintaining status and redeeming miles

I’m extremely fortunate to have the flexibility to be able to work from anywhere in the world, so it’s not an issue I face, though it’s one many others face. For those that don’t have very much vacation time, it can be very tough to strike a balance between maintaining elite status and redeeming miles. And the added challenge is that qualifying for status is like a drug — once you qualify it’s tough to give it up.

What ends up happening to people is that they just squeak by with requalifying for status every year, but don’t have time to redeem their miles. They build up massive, massive mileage balances. In an ideal world you should burn miles just as fast as you earn them. Miles are a currency that not only doesn’t accrue any interest, but is also subject to major devaluation or even liquidation at the program’s discretion. After all, the miles belong to the points program and not you.

Nowadays the best way to get into the points hobby is through credit cards. As a matter of fact aside from an especially compelling promotion, I don’t even encourage most folks to get into mileage running anymore, unless they have a ton of vacation time.

Five years ago fares were cheap as could be, routing rules were generous, and airlines ran all kinds of promotions. Making status was easy and cheap. As a matter of fact back when I first started mileage running with United they had a promotion whereby they were offering 5,000 bonus elite qualifying and redeemable miles per segment flown. Yes, those were the days…

On top of that, credit card offers weren’t great for the most part. Yes, some folks were already credit card “churning” and there were good offers out there, though they weren’t nearly as good as they’ve been over the past couple of years. But the big reason I suggest that people don’t mileage run for the most part is because nowadays virtually all airlines have promotions whereby they sell miles for very little. This wasn’t the case years ago, but just in the past year we’ve seen extremely lucrative promotions for purchasing miles through Avianca, Delta, United, and US Airways, just to name a few, all of which would be cheaper and more efficient than mileage running.

We’ve seen the airlines massively cut capacity over the past couple of years, and it has worked. We’ve seen fewer promotions and much, much higher airfares.

In the short term there’s diminishing return with credit card churning. After all, you take advantage of the best offers first, and over time they run out and you start taking advantage of lesser offers. That being said, as is the case in virtually all industries, there are constantly new promotions, offers, and products. Beyond that, keep in mind that most credit cards are churnable in one form or another. Not in the traditional sense as they used to be with Citi, whereby you could literally apply for the same card every 90 days, but for the most part you can apply for cards every few years (exact time period varies depending on the card). Given the ever increasing number of products, that means you can typically maintain a pretty consistent “churn” schedule.

But I’d say the other aspect of credit cards that has made them all the more lucrative is the bonuses they offer nowadays for certain spend categories. Going back a few years there weren’t nearly as many cards that offered bonus points in certain spend categories, which can cause your everyday spend to result in some serious points earning. Many cards offer up to 5x points per dollar spent in select categories, so by taking advantage of that you can earn a nice chunk of points.

It’s funny, because I don’t believe Ed attended the Chicago Seminar this weekend, but Steve (beaubo) and I got in a discussion about the value of elite status. I argue it’s as valuable as ever, while he argues most status just isn’t worth it anymore.

If you’re a credit card churner you should be able to generate enough miles to travel internationally in premium cabins just about as much as your schedule can allow. That being said, the major challenge is that using miles for domestic flights is neither economical or efficient for the most part. I travel a lot domestically, and that’s largely travel I have to make. Redeeming miles for those flights wouldn’t be economical, especially in a premium cabin.

Yes, you could just otherwise book the cheapest coach fares or use miles for coach, but you’d be missing out on the benefits that make the domestic flying experience ever-so-slightly tolerable — access to a phone agent in the US, priority check-in, priority security, priority boarding, upgrades, priority rebooking when things go wrong, etc.

And the investment for status isn’t actually huge in most cases. You should be able to earn top tier status for roughly $4,000 per year, and for that you can earn 200,000 redeemable miles, eight systemwide upgrades, lounge access on international flights, all kinds of benefits for domestic flying, etc. And I actually think one of the benefits of status that’s commonly overlooked is fee waivers on awards tickets. With award availability worse than ever it’s often necessary to “settle” for a worse routing at the time of booking, and make a change closer to departure to “perfect” your itinerary. That would often cost $150 per change, and when I think of how many changes I make on my average award ticket, that’s extremely valuable.

Long story short, you should be able to take care of your international premium cabin travel needs exclusively with credit card churning. And if you don’t have much vacation time or wouldn’t otherwise travel much for work, I don’t recommend going for top tier status at the expense of redeeming miles.

But if you love to fly and travel, and have either have lots of vacation time or a flexible schedule, I still think it can be rewarding to go for top tier status. The main benefit I see is making domestic flying tolerable and even enjoyable, while earning other benefits that can save you a lot of money and hassle.

What do y’all think? 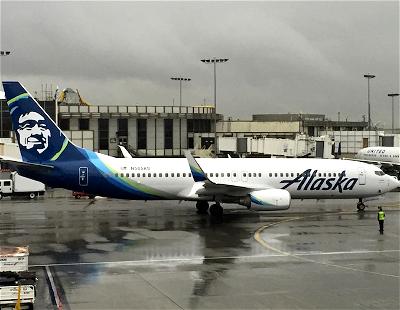