Airlines are increasingly looking for ways to engage with loyalty program members in non-traditional ways. This week Qantas announced their first ever “points plane,” where they’d fly an A380 from Melbourne to Tokyo on October 21, 2019, and would exclusively make seats available using points.

While this seems like a great way to engage people in general, it’s worth noting that they had an ulterior motive. The whole reason for this flight is that Qantas has a charter customer for the Tokyo to Melbourne flight shortly thereafter, so chances are that they would have otherwise flown the plane empty, or if they had sold it, wouldn’t have been able to maximize the potential of the flight.

Chances are that the charter customer is incurring the cost for both directions here.

My prediction for the Qantas “points plane”

Well, seats for the Qantas “points plane” went on sale Thursday morning (7AM AEST), and even though I had no plans to take this flight, I was curious to see how quickly seats would sell. I predicted that seats in first class would sell out within seconds, while seats in economy would be readily available.

Some readers disagreed with me, and raised good points. For example, one reader said the following (much of which I agree with):

Not sure I agree with you that the premium seats will sell out “in seconds”. Even if a Qantas loyalty member is eager to experience business or first class, why would they prefer this flight in particular:

How quickly did Qantas’ “points plane” sell out?

So, how quickly did seats sell on Qantas’ points plane?

Not that a seatmap is ever a fully accurate indicator of availability, though it often does give you a sense of how full a flight is, especially given that all passengers can assign seats for free, given that there are no group bookings, and given that those engaged in the loyalty program are also more likely to select seats.

Here’s the economy seatmap as of now:

Like I said, I suspect Qantas’ charter customer from Tokyo to Australia is more or less covering the cost of the roundtrip flight (since positioning expenses are usually factored into charters).

I still think it’s interesting to look at how many Qantas points and how much in taxes, fees, and “carrier imposed surcharges” Qantas is potentially getting from a flight booked entirely with points:

That means if the flight were to sell out, Qantas would be looking at collecting:

Let’s assume that each Qantas point is worth about a penny (in USD), which is definitely on the high side. If so, we’d be talking about ~210K USD in points, plus ~67K USD in taxes, fees, and carrier imposed surcharges, for a total of ~277K USD in “value” from this flight.

Again, I think that’s way too aggressive — I doubt all economy seats will sell out, and I also doubt they’re accounting for the value of their points that highly. But just doing some general rough math here is interesting, in my opinion.

Are you surprised by the way in which the “points plane” has been booked?

@ChrisC, MotoGP not Formula1 (Two wheels good, four wheels bad :)). The Japanese GP is on Oct 20 about 120kms from Narita, and the Australian GP is on Oct 27 at Phillip Island, about 160kms from Tullamarine Airport. Given the next MotoGP race is in Malaysia, next door to KLIA, I wonder who picked up the MEL-KUL charter around Oct 28?

A points plane flight direct from Sydney to London would be interesting, similar to Delta (so a bidding process), would have to have really reduced capacity but if they could make it work it would be really interesting.

I never understood economy redemptions using QF points, they almost always work out worse off than a straight revenue booking in terms of value - not to mention the availability

70
Qantas Will Require Passengers To Be Vaccinated 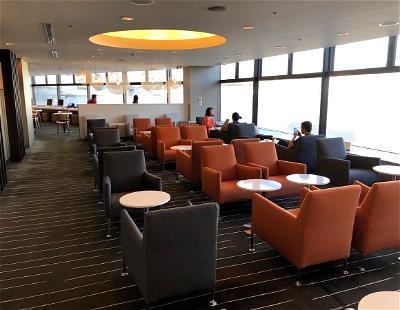