The Park Hyatt brand will be returning to South Africa, with the conversion of an existing property in the city.

The Winston Hotel in Rosebank, Johannesburg, will be joining Hyatt’s portfolio. In the coming weeks the hotel will be available on Hyatt’s booking channels under its current branding. The hotel will then be undergoing an extensive refurbishment, and upon the conclusion of that in early 2023, it will be branded as the Park Hyatt Johannesburg.

The refurbishment of the hotel will be overseen by Yabu Pushelberg, a design firm that previously worked on properties like the Park Hyatt New York, Park Hyatt Shenzhen, and Park Hyatt Bangkok. As it’s described, the redesign will “revitalise the hotel while celebrating the heritage and craftsmanship of its locale.” Personally I consider those properties to have pretty generic decor, and the renderings make me believe the same may be true here.

The Park Hyatt Johannesburg will have only 30 rooms. All 30 rooms at the property will feature king beds and workstations. The hotel will also have a restaurant with a dining room and outdoor terrace. Then there will be a bar, as well as an event space for conferences and meetings, which can accommodate up to 60 guests.

My take on the Park Hyatt Johannesburg

First of all, I can’t believe there was a hotel named The Winston and I didn’t even know about it. And I’m extremely disappointed that this will simply be rebranded as the Park Hyatt Johannesburg, rather than as The Winston Johannesburg, a Park Hyatt Hotel. Right, Winston? 😉

One thing that I love about the concept of this hotel is how boutique it is, with just 30 rooms. I love a smaller hotel that has some character, while still letting you take advantage of the ability to earn & redeem points, etc. That sounds much better to me than so many of the other 200+ room Park Hyatt properties. When I next visit Johannesburg, I’ll definitely be staying here.

Hyatt has picked up a new property in Johannesburg, which will eventually become a Park Hyatt. The Winston will be bookable through Hyatt shortly, initially as an independent brand. The hotel will then undergo a significant renovation, and in early 2023 should rebrand as a Park Hyatt. This is an exciting development, especially since the property has just 30 rooms.

What do you make of the new Park Hyatt Johannesburg?

The renderings of the new Park Hyatt look like what you'd find in a new JW Marriott. It could be a hotel in Hong Kong, Singapore, New York - you name it.

When the current Hyatt Regency in Rosebank was a PH it was mis-branded. It NEVER reflected PH standards or the brand. The new PH will be in an interesting location - residential, like the other two Hyatt properties. We’ll see how it compares to the FS or the Saxon.

"Projection is the process of displacing one's feelings onto a different person, animal, or object." In this case, projecting the feelings of disliking the new branding onto Winston 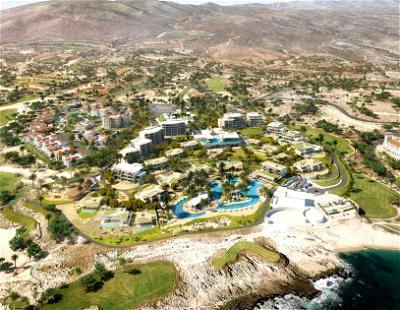 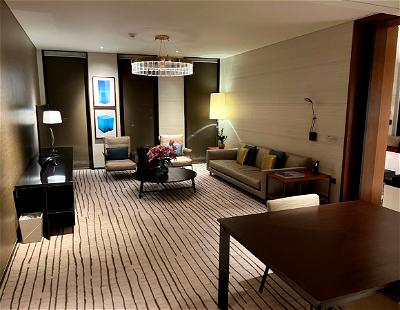