Last week we learned how Northern Pacific Airways planned to commence operations under a wet lease agreement. We now have more details of what that will look like.

The basics of Northern Pacific

The concept of Northern Pacific was first revealed in the summer of 2021. Here are the basics of the company:

I’ve gotta be honest, I find this to be a very odd business model. I’m sure the fixed cost structure is great (these 757s were probably acquired for next to nothing), but these planes have high operating costs, and economy airfare between the United States and Asia is already extremely low, so I’m not sure where the margins are for Northern Pacific, or where the demand is supposed to come from.

You can pretty consistently find economy fares of under $700 between most points in the United States and most points in Northern Asia, and that’s on top notch full service airlines. So can Northern Pacific really undercut on price much?

The only value I see here is for those who specifically want to have a stopover in Alaska when traveling between the lower 48 and Asia, but that doesn’t seem like enough reason to start an airline.

Northern Pacific recently filed with the United States Department of Transportation (DOT) about its new plans for launching operations. The airline now plans to start service via a wet lease agreement, and then subsequently the airline will use its own Boeing 757s.

Specifically, it has now been revealed that Northern Pacific intends to launch operations with four wet leased Icelandair Boeing 757s. For those not familiar with wet lease agreements, this is when an airline leases an aircraft and crew, meaning it would be Icelandair pilots and flight attendants operating these flights.

The airline now plans to put tickets on sale as of June 2022, and launch flights as of the fall of 2022.

Why would Northern Pacific wet lease planes from Icelandair, even though the carrier already has its own Boeing 757s?

This one’s a head-scratcher for me. The economics of Northern Pacific seem questionable, and that’s not even factoring in that a wet lease agreement would considerably increase Northern Pacific’s costs. After all, Icelandair has to make a profit on the deal, and then Northern Pacific is left with the risk.

Alaskan airline startup Northern Pacific now intends to launch operations with wet leased aircraft. Specifically, the airline will lease four Icelandair Boeing 757s. This is allegedly due to challenges associated with Russian airspace being closed to US airlines, meaning Northern Pacific will need ETOPS certification for its Boeing 757s to cross the Pacific.

Northern Pacific’s business model was questionable even before these latest challenges, but between the Russian airspace situation and the plans to wet lease planes, I have even more questions.

What do you make of these Northern Pacific updates?

@ John -- It's the same idea, but there are some major differences. The most significant is that economy airfare between the United States and Asia is already consistently really low. For example, economy between the United States and Japan is pretty consistently available for under $700 on top notch airlines. That doesn't really leave much room to undercut the competition, especially with 757s not being particularly fuel efficient. That's especially true when you consider the distance potentially being covered. For example, New York to Anchorage to Seoul covers a distance of well over 7,100 miles one-way, while Icelandair is largely carrying passengers around 4,000 miles one-way.

Yep, it's the same model. I think the difference is that trans-Pacific fares tend to be low if you're willing to connect, and then add in the challenges with Russian airspace and Japanese border closures, you have more factors working against you as well. I hope they succeed, but it'll be interesting to watch.

Couldn’t you say that whatever Iceland Air’s business model is, that’s what these guys will be following also? There is a certain amount of traffic that will connect for a lower fare, and add to that people who are eager to visit or do a mini-visit on an extended layover. That’s not how I prefer to get to Europe, so I don’t fly Iceland, and it’s not now I prefer to get to Asia, so I won’t be flying these guys. But it seems like it is a model that can be made to work with some segments of the market? 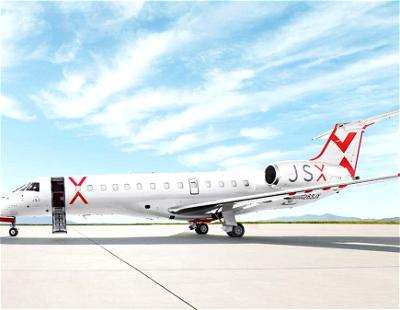