22-year-old Maxwell Berry of Ohio has been arrested following a Frontier Airlines flight from Philadelphia to Miami on Saturday, July 31, 2021. The man had allegedly consumed two drinks on the flight and then tried to order a third, at which point the issues really started (I’m guessing there may have been some pre-flight drinking going on). According to police reports:

You can watch a couple of videos from the flight for yourself, though note that it has some bad language (as you may have guessed):

During a flight from Philadelphia to Miami on July 31, a passenger made inappropriate physical contact with a flight attendant and subsequently physically assaulted another flight attendant. As a result, the passenger needed to be restrained until the flight landed in Miami and law enforcement arrived. The flight attendants will be, as required in such circumstances, relieved of flying pending completion of investigation of the events.

Flight attendants put up with way too much nowadays, and it’s clear that this guy was acting out of line. Doing anything other than backing up the flight attendants and recognizing what they go through way too often seems unfair.

Given the backlash the airline faced, it did change its stance a bit, promising to support and pay the crew:

Frontier Airlines maintains the utmost value, respect, concern and support for all of our flight attendants, including those who were assaulted on this flight. We are supporting the needs of these team members and are working with law enforcement to fully support the prosecution of the passenger involved.

The passenger is now speaking out

As noted by View from the Wing, the passenger who is the center of this incident is now Tweeting about what happened, and it’s more or less exactly what you’d expect. Among other things, he Tweeted:

Not a single “sorry for my behavior,” but rather he’s the victim and no one is untreated as fairly as him. And while I don’t have Cashapp, I’ve gotta say, I’m tempted to get one just for this. Of course he’s not going to send anyone anything, and even if he did, it’d probably be $5. He thinks that’ll prove how rich he is? Hmmm…

A 22-year-old from Ohio got duct-taped on a Frontier Airlines flight to Miami over his behavior. After a few drinks he assaulted flight attendants, and they ended up restraining him. It really is amazing how versatile duct tape is, from fixing engines to controlling unruly passengers. It’s truly the unsung hero of the airline industry.

Bigger picture than just this event, it’s really sad how commonplace behavior like this has become. It’s no doubt a combination of factors — a mental toll from the pandemic and being stuck inside, a polarizing divide between people, increased frustration with airlines over mask mandates, etc.

Unfortunately the FAA’s zero-tolerance policy doesn’t seem to be acting as much of a deterrent for this kind of behavior.

Submitting...
Featured Comments Load all 77 comments Most helpful comments ( as chosen by the OMAAT community ).

Shame on you Frontier for suspending these heroes! These flight attendants deserve a promotion and a raise!!

So maga voters are more successful than you typical biden idiot on welfare. 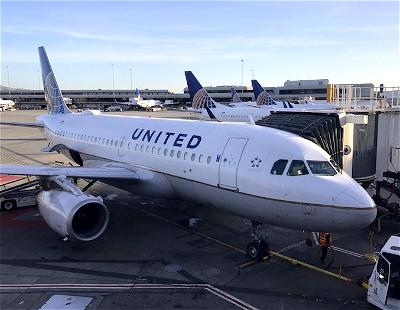