This incident involves Emirates flight EK22, which was scheduled to fly from Manchester (MAN) to Dubai (DXB) at 8:50AM today (Monday, December 19, 2022). The flight was supposed to be operated by a roughly six year old Airbus A380 with the registration code A6-EUN. The plane had just arrived on a redeye from Dubai shortly before 7AM, and was supposed to return to Dubai just under two hours later.

Unfortunately while on the ground, the emergency slide connected to the forward left upper deck door deployed. This happened in spite of the jet bridge being pulled up to this door.

Emirates has apologized to passengers for the incident, and claims the flight has been “delayed due to a technical issue.” Emirates will be sending a replacement aircraft to Manchester, which is expected to depart Manchester at 6AM on December 20.

This A380 will likely be taken out of service for a bit. Not only does it take some time to once again package the slide, but I imagine the plane also has to be inspected for damage. With the jet bridge having been pulled up to the plane, it’s not clear if anything further may have happened beyond that.

What could cause the emergency slide to be deployed?

Slides are on planes for good reason, as they’re intended to make it easy to evacuate in the event of an emergency. In order for an aircraft type to get certified, aircraft manufacturers have to prove that planes can be evacuated within a certain amount of time (for the A380 it has to be within 90 seconds, though I question if that’s actually possible outside of a controlled test).

Suffice it to say that evacuating through an emergency exit on the A380 upper deck would be one of the more dramatic ways to get off a plane.

In this case it seems pretty clear that the slide being deployed was an error, given that the plane was at the gate, so there was no emergency slide required.

These announcements involve arming and disarming of doors. When a plane arrives at a gate, all doors are supposed to be disarmed (meaning that a slide won’t deploy if a door is opened). There’s even cross checking, so that at least two flight attendants check each door. Furthermore, there’s also a visual indicator when a door is armed, which should be a further clue.

Even though there are several systems in place to prevent this, sometimes there will still be errors, which seems to be what happened here. Of course it’s also possible that there was some sort of a glitch with disarming the door.

Regardless, I imagine someone will be in big trouble here. Fixing these slides costs tens of thousands of dollars, and that doesn’t even account for the cost of delaying this flight significantly.

An Emirates Airbus A380’s upper deck emergency slide deployed while at the gate at Manchester Airport. That’s despite the fact that a jet bridge was pulled up to this same door. As you’d expect, the flight to Dubai ended up being postponed, and passengers were rebooked roughly 21 hours later.

Odds are that there was some sort of human error involved here, though we’ll have to wait for the results of an investigation to know what really happened.

What do you make of this Emirates A380 incident?

For clarification, they're not going to wait for this particular slide to be repackaged. They're going to fly in spare sidle from their parts warehouse and install that. The slide will be shipped to a specialist company for repackaging and placed in EK's parts inventory.

It would be fun for kids to slide down the slide to get off a flight though, or is it just me? 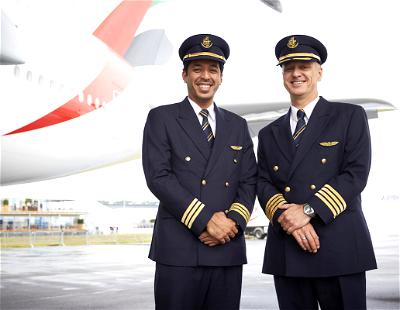